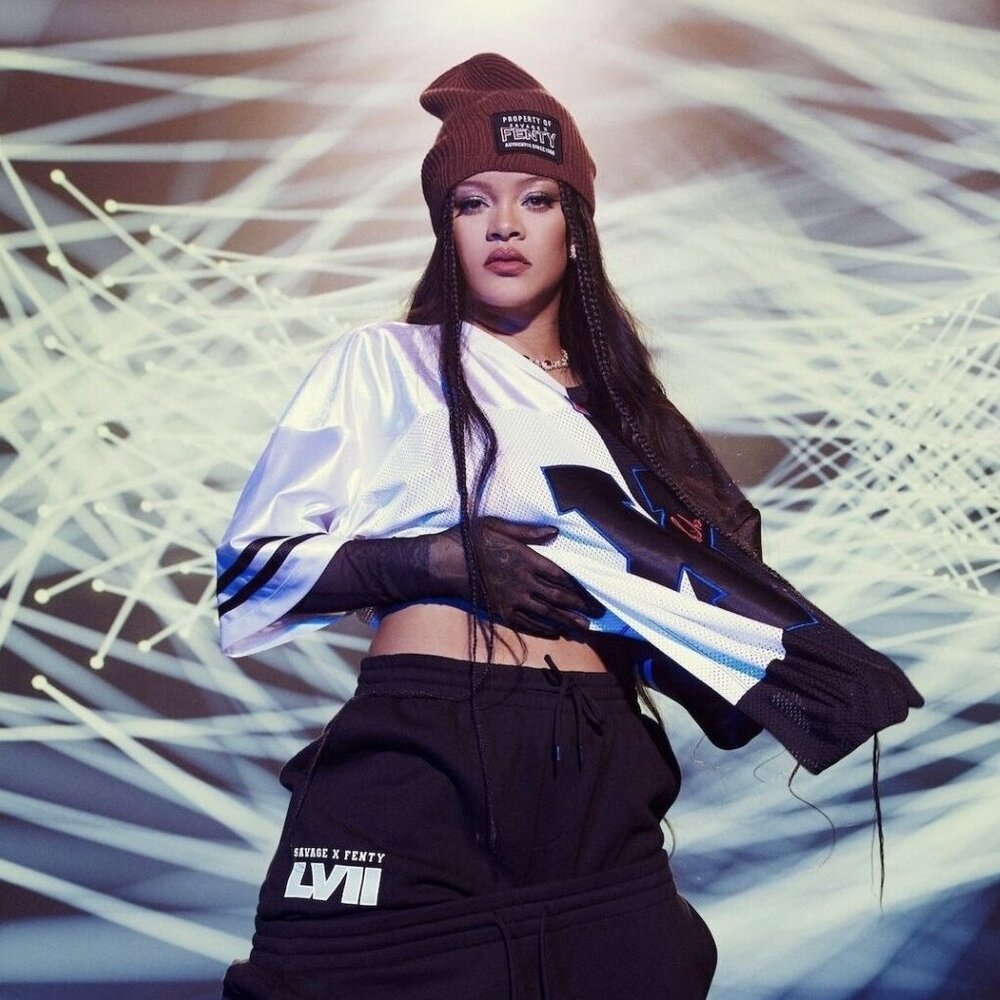 Rihanna releases Super Bowl ‘Game Day’ collection, Rema makes Billboard history, Arteta gives update on Bukayo Saka. Stay in the know with our Rave News Digest which summarizes five of the hottest global news you need to catch up on, saving you time and energy. Consider it your daily news fix.

A post shared by SAVAGE X FENTY BY RIHANNA (@savagexfenty)

Rihanna is all set for her upcoming Super Bowl halftime show in the best way possible. The artiste has released a limited-edition Savage x Fenty Super Bowl ‘Game Day’ collection to keep up the hype for the upcoming event. From sweatpants and hoodies to T-shirts that read, “Rihanna concert interrupted by a football game, weird but whatever,” the new collection is turning out to be nothing less than savage.

The Savage x Fenty Super Bowl ‘Game Day’ is a limited-edition collection by Rihanna with a 17-piece selection of tops, beanies, hoodies, varsity jerseys, sweatpants, boxers, caps, and bandanas. The teaser for the new collection was dropped on Instagram with a cheeky caption that read, “A @badgalriri concert during a football game? Say less.” The images show Rihanna in two LVII two-tone black and white jerseys along with two pairs of LVII sweatpants with “Property of Fenty” written on the back.

Congratulations to Rema & Selena Gomez as “Calm Down” peaks on #1 spot on this week’s Billboard Global 200 Excl. US chart, making him the first African to achieve the feat. 🌍🇳🇬🧡 pic.twitter.com/2HFg3SIZOe

The original version of the song was released by Rema in February as the second single from his first solo LP, “Rave & Roses.” Its Gomez-featured remix dropped on August 26, and its music video debuted a month later, on September 7.

Tbo Touch recently hung out with Senegalese-American singer Akon. The Metro FM drive-time host took to his timeline, sharing images of him with the “Lonely” hitmaker while he is in South Africa. Tbo Touch revealed Akon visited his family home for dinner. “Then uncle Akon came over for dinner and Lord what a surprise! I got to play him my new beats and showed him our two Rottweilers: Pablo and El-Chapo,” he wrote.

While it has not yet been made public what Akon is doing in the country, the singer made headlines last week after he didn’t pitch for the 3 Nights with Akon gigs that were expected to take place at Saint Champagne Bar and Lounge.

4. Joeboy set to drop sophomore album in 1st quarter of 2023

Joeboy confirms his sophomore album will be released in the first quarter of 2023 with Diplo, Kemena & Tekno as guest features. 🧡 pic.twitter.com/iiEvinRQNq

In 2020, Joeboy released his debut album, “Somewhere Between Beauty and Magic” which enjoyed critical acclaim. He had a fantastic year in 2021, with his single “Alcohol” becoming one of the biggest Afrobeats songs as it broke multiple streaming and chart records. Joeboy had a rather modest 2022, with his singles failing to achieve the commercial success he enjoyed in the preceding year. With the impending release of his sophomore album, the star will be looking to reassert himself as a force in Nigerian music.

Mikel Arteta has eased fears that Bukayo Saka could miss Sunday’s north London derby, insisting the Arsenal winger “is fine” after an injury scare. Saka limped off 15 minutes from the end of Arsenal’s 3-0 win against Oxford in the FA Cup on Monday night after appearing to go down with a muscle injury. That raised concerns that he could miss this weekend’s game at Tottenham, but Arteta insisted that the England international had not done anything serious.

“Saka is fine,” the Arsenal boss said after the victory at Kassam Stadium. “It’s always tough to win these matches. It was a physical game in many moments but we stood by that. We changed things in the second half, got more control of the game and found the openings to win.” Arsenal fans will be hoping Arteta is proved correct about Saka, given Sunday’s vital trip to their north London rivals in the Premier League. He was replaced by Emile Smith Rowe after limping off, with Smith Rowe making his first appearance in four months following groin surgery.

30 Ways To Style Your Winter Coat In Uber-Stylish Appeal