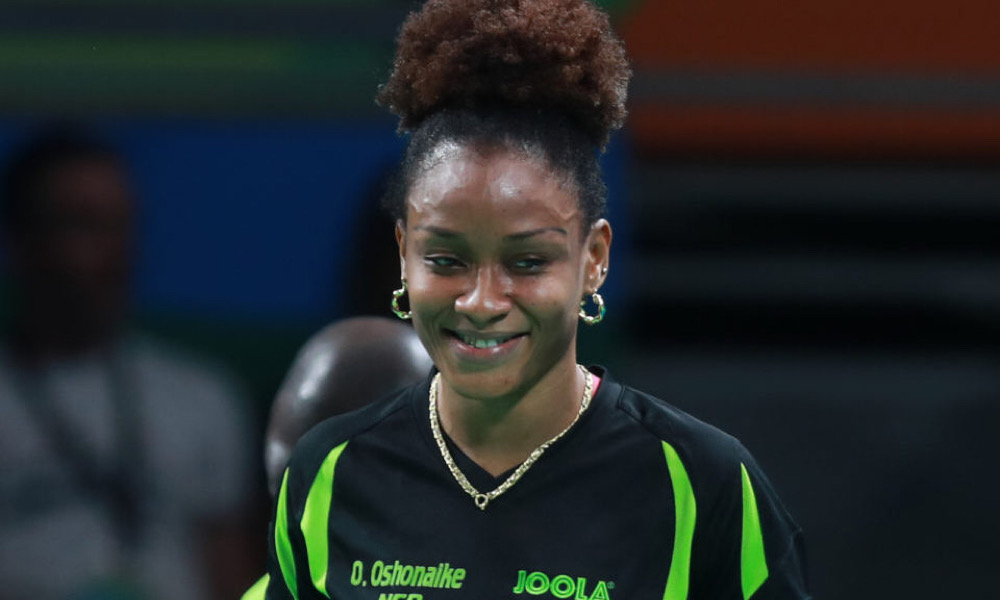 Oshonaike makes Olympics history, Rob Kardashian denied full custody of daughter, Sanwo-Olu admonishes Lagosians not to panic in the wake of the Coronavirus. Stay in the know with our Rave News Digest which summarizes five of the hottest global news you need to catch up on, saving you time and energy. Consider it your daily news fix.

Olufunke Oshonaike made history, on Friday, when she qualified for her seventh Olympic Games, becoming the first African woman to do so. She defeated Cameroon’s Sarah Hannfou 4-1 (12-10, 11-4, 4-11, 11-7, 11-6) in the deciding match to make it to the table tennis event of the Tokyo 2020 Olympics.

Funke Oshonaike is joined by fellow Nigerian Offiong Edem, who also made history some years back as the first Nigerian table tennis player to qualify for the Olympics.

Edem and Oshonaike are expected to play their last match against Tunisia and Mauritius later but their two wins have secured their places in Tokyo. The 44-year-old first appeared at the Olympic Games in 1996 in Atlanta, USA.

A judge has denied Rob Kardashian’s request to take full custody of his daughter. It was reported that a statement released by Blac Chyna’s lawyer indicates that she won’t be backing down in her bid to stop Rob and his family from having their way.

“Chyna will not back down from Rob and his family’s attempt to take away her agreed-upon custody of Dream. She will continue to take all necessary steps to protect her children, including defeating Rob’s and his family’s latest attempt to undermine Chyna’s joy as a mother to Dream and her ability to make a living as a single mother – without any child support from Rob,” the statement reads.

Rob Kardashian had requested that Chyna’s time with their daughter be reduced to weekends, with a nanny present, and that his ex undergo a drug and alcohol test before each visit.

3. We will ban public gatherings if the Coronavirus case escalates, says Sanwo-Olu

Lagos State Governor Babajide Sanwo-Olu said on Friday that the state government would prohibit public gatherings if the Coronavirus case confirmed in the state escalated. He, however, said taking such a measure now in the wake of the confirmation of the virus could give rise to needless panic among the public.

At a press conference held at the State House in Marina on Friday, the governor noted that the condition of the Italian, who happened to be a victim, was not ‘highly contagious’ at the moment, hence, there was no need to forbid public assembly in the state.

Sanwo-Olu allayed the fears of a possible spread among residents in the state, saying the victim was being isolated at the state’s bio-security facility in the Yaba area of the state.

In the meantime, we advise that you wash your hands often and properly, practice good hygiene and if you have flu symptoms, speak to your doctor while staying away from people so as not to infect them. Also, have a good hand sanitizer with you at all times!

A Kenyan judge has suspended flights between Kenya and China and ordered the state to prepare a plan to prevent the spread of Coronavirus.

China Southern Airlines flights on the Guangzhou-Changsha-Nairobi route had been suspended since 11 February but that suspension was lifted on Wednesday when 239 passengers arrived in Kenya.

The Law Society of Kenya then filed a case asking the court to suspend flights again. The court found in favour of the law society. Justice James Makau suspended the flights for 10 days and ordered the state to prepare a “contingency plan on the prevention, surveillance and response to coronavirus”. The plan is to be presented in court for scrutiny.

5. US, Taliban set to sign deal to end the war in Afghanistan

A week after the “reduction in violence” (RIV) agreement announced by the US and the Taliban armed group in Afghanistan, the two are set to sign a peace deal that could signal the end of the US’s longest war.

The week-long RIV agreement has largely held as the two sides prepare to sign a peace deal on Saturday that comes after nearly two years of protracted negotiations in the Qatari capital Doha.

The signing of the peace deal in Doha will unlock intra-Afghan talks between the Taliban and Afghan stakeholders, including the country’s West-backed government, to decide the future course of the country.