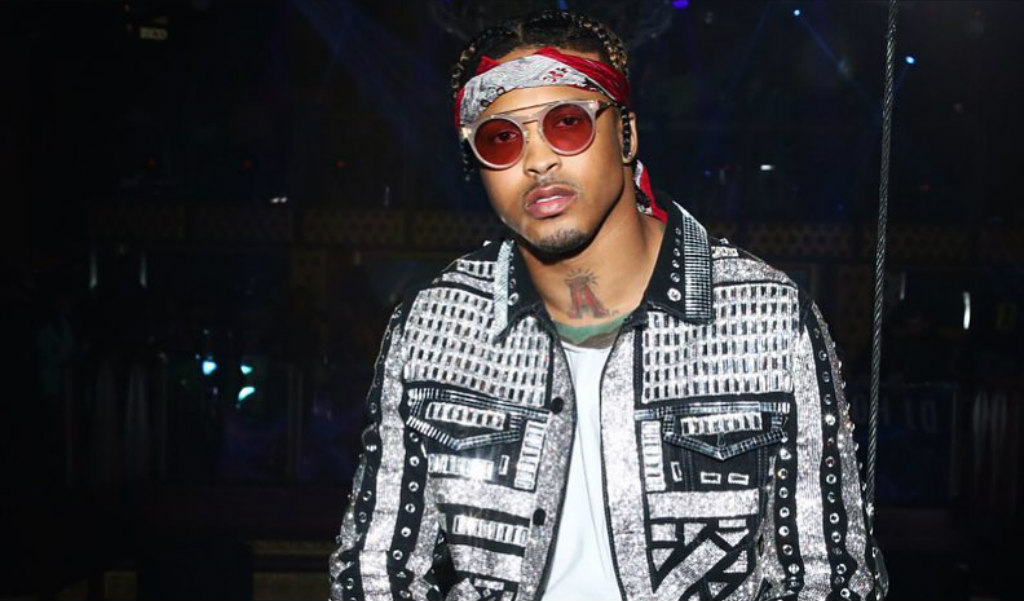 The Most Rave-Worthy Looks On Women Across Africa – July 6th

Giving the increase in suicide using sniper, NAFDAC has decided to ban the product. Tough luck Nicki Minaj fans, turns out she will not perform in that concert. Meanwhile, August Alsina had a near-death experience. Didn’t hear of all that? Catch up on the deets with our Rave News Digest which summarizes some of the hottest global news you need to catch up on, saving you time and energy. Consider it your daily news fix.

The National Agency for Food and Drug Administration and Control, NAFDAC, has banned the sale of Sniper and other brands of agricultural formulations of Dichlorvos following rampant suicide cases and misuse of the products.

The Director-General of NAFDAC, Prof. Moji Adeyeye, in a statement released Wednesday, July 11th, says Sniper and other related products would not be sold in supermarkets and in the open markets from September 1, 2019.

“NAFDAC is giving a two-month (up to August 31, 2019) notice to brand owners/distributors to recall and withdraw their products from open markets and supermarkets that do not have garden corner/shelves to the agro-dealer outlets.

“The sale of Sniper insecticide and other Dichlorvos brands in open markets and supermarkets nationwide is prohibited with effect from September 1, 2019. NAFDAC is giving a six-month moratorium up to January 1, 2020, for brand owners to exhaust the products that are in various accredited agro-input dealers (distributors/marketers/retailers) outlets.” the statement read.

Sniper which originally is an agricultural formulation for pest control has been the choice of tool in committing suicide in recent times. Countless deaths resulting from the misuse of the insecticide have been reported and even seem to be on the increase.

What do you think about the ban? Are you for or against it? Let us know in the comment section.

2. UK ambassador to the US resigns after Trump cables leak

The United Kingdom’s ambassador to the United States, Kim Darroch, has resigned after a series of leaked diplomatic cables revealed he had told 10 Downing Street that the Trump administration was “inept” and “clumsy.”

The resignation was announced by the UK Foreign Office on Wednesday, following comments by US President Donald Trump in which he said the White House would no longer deal with Darroch.

In the cables, leaked to the Daily Mail newspaper, Darroch warned the UK government that Trump’s “career could end in disgrace,” and described conflicts within the White House as “knife fights.”

In a letter to Simon McDonald, the permanent undersecretary at the Foreign and Commonwealth Office, Darroch said he wanted to “put an end to speculation” about his position and the remainder of his term as ambassador.

“The current situation is making it impossible for me to carry out my role as I would like,” he wrote. “Although my posting is not due to end until the end of this year, I believe in the current circumstances the responsible course is to allow the appointment of a new ambassador.“

In response to Darroch’s letter, McDonald said he accepted the ambassador’s resignation “with deep personal regret.“

UK Prime Minister Theresa May said Wednesday that it was a “matter of great regret” Darroch had felt it necessary to resign and that the government owed him an “enormous debt of gratitude.“

American rapper Nicki Minaj has decided to pull out of a concert in Saudi Arabia because she says she wants to show support for women’s rights, gay rights and freedom of expression.

In a statement to The Associated Press, the Rap superstar said, “After careful reflection, I have decided to no longer move forward with my scheduled concert at Jeddah World Fest.

While I want nothing more than to bring my show to fans in Saudi Arabia, after better educating myself on the issues, I believe it is important for me to make clear my support for the rights of women, the LGBTQ community and freedom of expression.”

Saudi organisers had announced last week that Minaj would headline the festival on July 18. Other expected performers include former One Direction member Liam Payne and DJ-producer Steve Aoki.

However, the Human Rights Foundation issued a statement following the announcement, calling for Minaj and other performers to pull out of the show amid concerns that the kingdom has often been found culpable of gender segregation, homophobia and oppression of women.

But Saudi Arabia in recent times has tried to loosen up on their uptight laws with women now allowed to drive and attend events in sports stadiums.

Over the past several months, the kingdom known to be conservative when it comes to entertainment has seen performances by Mariah Carey, Enrique Iglesias, the Black Eyed Peas, Sean Paul, David Guetta and Tiesto.

Jeddah World Fest, which in line with Saudi laws will be alcohol and drug-free, is open to people 16 and older and will take place at the King Abdullah Sports Stadium in the Red Sea city. Saudi organizers said the event will be broadcast globally.

R&B singer August Alsina was hospitalized after temporarily losing his ability to walk according to an Instagram message he posted from a hospital bed.

The singer revealed his unfortunate circumstances in a series of video messages to fans, showing him lying down in a hospital bed.

“As you can probably tell I’m in the hospital. So, here’s the stitch. I woke up one day and wasn’t able to walk. I couldn’t feel my legs and my doctor ended up admitting me into the hospital.

“We’re doing a bunch of tests and they’re saying I have some nerve damage going on throughout my body,” he continues. “It’s like my immune system went on vacation. So, I’m just waiting on it to come back and we can get together and it can do what it does, man.”

The singer has said in the past that he suffers from an unspecified, hereditary autoimmune disease that attacks the liver. However, he went on to assure fans that he remains in good spirits, despite his condition.

“I’m man down right now & figured I should share that my autoimmune disease is raging, but I’m fighting this thing & on my mission to shake back & be able to make it up to you,” he ended the caption.

Prior to his hospitalization, Alsina was scheduled to appear at last weekend’s Essence Festival in his hometown of New Orleans, before these unexpected health issues forced him to miss the show.

Along with the video, the singer apologized to fans who attended the event, saying their support “means the world” to him. We wish August Alsina a very swift recovery.

Nigeria’s Super Eagles were deserved winners when they shrugged off South Africa’s Bafana Bafana with a late Troost-Ekong goal in the Africa Cup of Nations quarter-finals on Wednesday night.

Samuel Chukwueze opened the scoring for the Eagles in the first half as he controlled Alex Iwobi’s precise cross, before scoring at the second attempt on goal. It was the Villarreal youngster’s first goal for his country in what was his seventh cap.

The goal ensured that Nigeria was in front at the break as their counterparts could not muster a reply to going down.

VAR, which had just been introduced for the quarter-finals, took centre stage for the first time in the competition deep in the second half when Bongani Zungu equalised with a header initially ruled out for offside.

VAR replays showed the free-kick taken earlier, had hit a Nigerian player, Odion Ighalo, on the way to the South African thus making him onside.

But the Super Eagles were to have the last laugh when Udinese’s Troost-Ekong bundled home from close range from a Moses Simon corner, with few minutes of normal time left on the clock.

Nigeria will now face Ivory Coast or Algeria in Sunday’s semi-final while Senegal who beat Benin 1-0 earlier on Wednesday, play either Madagascar or Tunisia in the other semi-final.

The Most Rave-Worthy Looks On Women Across Africa – July 6th

Nicki Minaj’s Maternity Photoshoot Was As Nicki Minaj As Could Be! See All The Glam Doll Images