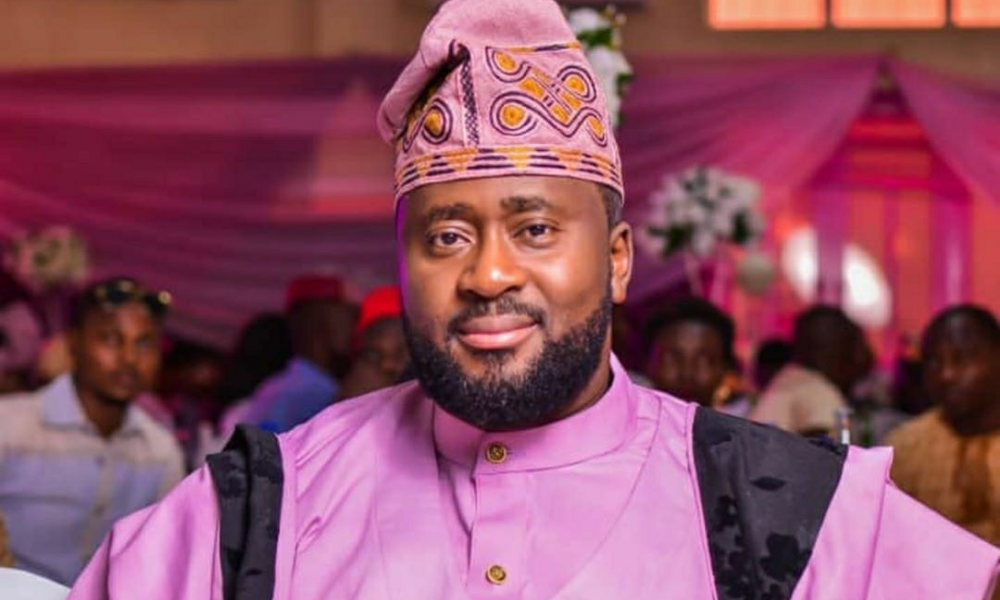 It’s official, Boris Johnson is the new UK Prime Minister. Meanwhile back at home, Desmond Elliot has a crucial piece of advice for the FG. Stay in the know with our Rave News Digest which summarizes some of the hottest global news you need to catch up on, saving you time and energy. Consider it your daily news fix.

Boris Johnson will become Britain’s next prime minister after winning a convincing victory over Jeremy Hunt in the Conservative party leadership race.

Boris Johnson, a former Mayor of London and British Foreign Secretary, took 92,153 votes, while rival Jeremy Hunt scored 46,656 votes in a ballot of party members. The turnout was 87.4% with Boris Johnson taking 66% of votes.

“Today the campaign is over and the work begins,” BorisJohnson said in a speech immediately after the results were announced Tuesday.

He will take over office formally on Wednesday afternoon. Resigned Prime Minister Theresa May will face her final prime minister’s questions in the House of Commons before tendering her resignation to the Queen.

There have been violent clashes in Abuja, between the police and members of a pro-Iran Shia Muslim sect, the Islamic Movement of Nigeria (IMN). The protesters reportedly clashed with security agencies close to the Federal Secretariat in the Nigerian capital. Violence reportedly broke out when police tried to break up today’s demonstration – one of several over the past months – against the detention of their leader, Sheikh Ibraheem Zakzaky who has been detained since 2015.

The police had asked the Islamic group members not to stage any protest outside of the designated area for protest in Abuja which is the Unity Fountain. But the protesters seemingly dared the police and took their protest to the Central Business district. The protest swiftly turned bloody as gunshots were fired by the Shiites and the police. Deputy Commissioner of police in charge of Operations at the Federal Capital Territory Police Command, DCP Umar, was reportedly shot dead in the crossfire.

Umar was reportedly shot dead while trying to calm the fraying nerves of the Shiites who had disrupted activities at the Central Business District in Abuja. He was rushed to a nearby hospital where he died. The protesting Shiite members also fired gunshots at a Channels Television bus. A reporter with the television company, who was on the bus, was hit by a bullet in his stomach. The reporter later identified as Precious Owolabi, a 23-year-old serving corps member with the station was later confirmed dead by the station a few hours after initially being rushed to the hospital.

A bus belonging to the National Emergency Management Agency, NEMA, was also reportedly burnt by the angry Shiite members.

The health minister in the Democratic Republic of Congo has resigned from his post in protest at the presidency’s decision last week to take control of the response to the Ebola outbreak in the east of the country. In a resignation letter posted on his Twitter account on Monday, Oly Ilunga Kalenga decried “interference in the management of the response” to the outbreak – which is the second deadliest in history – and the creation of parallel chains of authority.

His resignation comes after DRC President Felix Tshisekedi’s office announced on Saturday it would be assigned responsibility for the response to a multi-disciplinary team that would report directly to Tshisekedi.

“Following the decision of the president to manage the Ebola epidemic himself, I have handed in my resignation as minister of health on Monday. It was my honour to put my expertise to work for our nation during these 2 very important years of our history,” Ilunga tweeted.

The former health minister also criticised the intended deployment of a second Ebola vaccine manufactured by US-based firm Johnson & Johnson. He stated that it would be “fanciful” to think that the new vaccine “could have a significant impact on the control of the current outbreak.”

The Ebola outbreak has killed more than 1,700 people since August of 2018. The World Health Organization (WHO) last week declared the epidemic a public health emergency of international concern. The world health body also advised on the use of the newly suggested vaccine.

In a landmark moment for India as a nation trying hard to become a space superpower, the country has successfully launched a mission to soft-land a rover on the moon. The country’s lunar mission, Chandrayaan-2, which means “moon vehicle” in Sanskrit, took off from the Satish Dhawan Space Centre at Sriharikota in Andhra Pradesh state at 2:43 p.m., Monday local time.

The launch which was originally scheduled for July 15 was abruptly called off just 56 minutes before liftoff due to a “technical snag.” The Chandrayaan-2, which weighs 3.8 tons and carries 13 payloads, has three elements: a lunar orbiter, lander, and rover, all developed by the Indian Space Research Organization (ISRO).

India is now well on course to becoming the fourth country to make a soft landing on the lunar surface after the United States, China, and the former Soviet Union. India has seen its space exploits improve in recent years. Earlier this year, Prime Minister Narendra Modi announced that India had shot down one of its own satellites, in what it claimed was an anti-satellite test, making it one of four countries to have achieved that feat.

4.   Desmond Elliot calls for ban of foreign movies in Nigeria

Nollywood actor and a lawmaker in the Lagos State House of Assembly, Desmond Elliot has called for the Federal Government to place a ban on foreign films. The actor made the remarks during an interview with HipTV while speaking on the current situation of the country’s movie industry and on how he thinks it can be improved.

“The Federal Government needs to consciously and intentionally focus on improving this industry. Treat it like you’re importing rice, ban all foreign content, make it difficult for all foreign content to come in, so the local content can grow,” he said. “And then, you need to support (financially) the music industry, you need to support the film industry… even the comic industry as well…”

Although in the interview the actor also highlighted the imminent challenges in Nollywood, his comments calling for the ban appeared to have taken centre stage. While some Nigerians have seen meaning in his proposal, some others have disagreed with the 45-year-old. Some online users have claimed that a ban could actually be the needed push the local industry needed to sprout while some outrightly condemned it, stating that it would cripple an already fragile economy. Whose side are you on? Are you in support of the foreign content ban or against it? Let us know in the comment section.

5.   Ronaldo will not face charges over alleged rape

Juventus star forward Cristiano Ronaldo will not face charges after being accused of sexual assault, US prosecutors say. A woman named Kathryn Mayorga, 34 had alleged that the former Real Madrid player raped her at a Las Vegas hotel in 2009.

According to German weekly magazine Der Spiegel, in 2010, she reportedly reached an out-of-court settlement with the Portuguese star but sought to reopen the case in 2018. In August 2018, Las Vegas police investigated the alleged crime again at the request of the victim whose lawyer said she had been inspired to re-open the case by the #MeToo movement.

But in a statement on Monday, Las Vegas prosecutors said the claims could not “be proven beyond reasonable doubt.” The Clark County District Attorney’s office added that the victim reported an assault in 2009, but refused to state where it had happened or who the attacker was. As a result, police were unable “to conduct any meaningful investigation.”

Ronaldo does not deny that the two met in Las Vegas in 2009, but he has vehemently denied allegations of rape, stating that what happened between them was consensual. The Portuguese star is not the only footballer accused of rape, Brazil and Paris Saint-Germain star Neymar has also been accused of rape with investigations still ongoing.