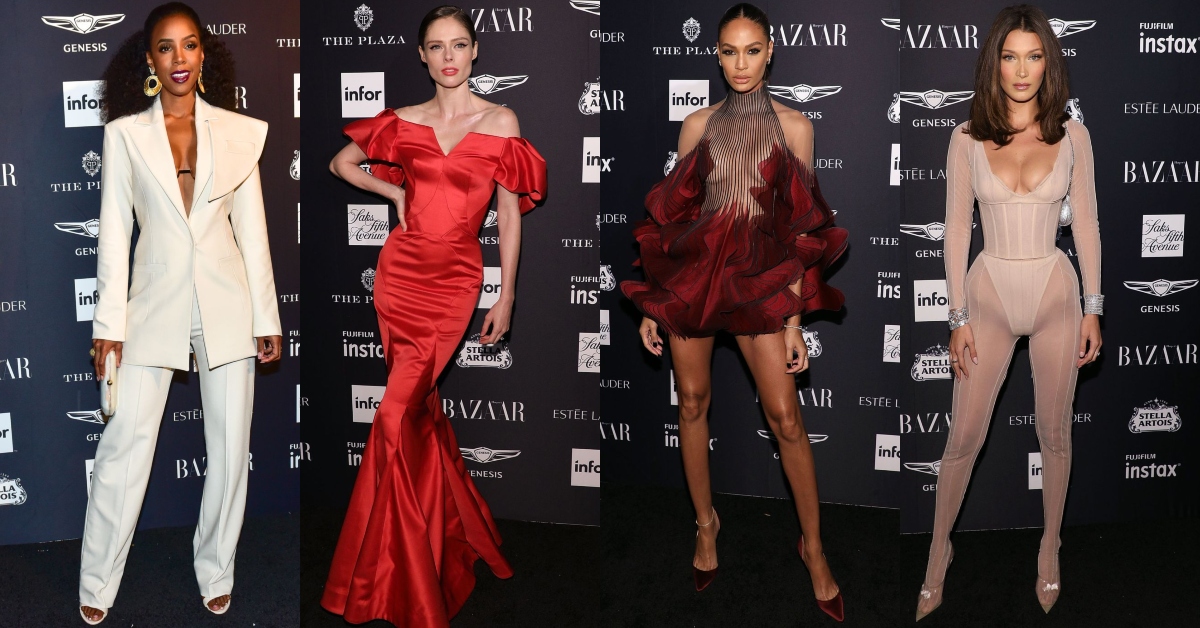 It’s New York Fashion Week and as usual, there are a lot of parties to be expected. For celebrities who’ve made it to New York already, this past weekend was super lit as Ralph Lauren hosted a big bash to celebrate their 50th anniversary and Harper’s Bazaar hosted stars to its annual ICONS party by Carine Roitfeld at the Plaza Hotel on Friday night.

2018’s Harper’s Bazaar Icons Party will not be forgotten in a hurry as it was the scene of the ugly fight that ensued between rappers Cardi B and Nicki Minaj’s, however before stilettos went flying in the air, guests were strutting down the red carpet in thought-provoking looks.

Cardi B, came into the party looking like a high society queen in a very elaborate Dolce and Gabbana gown while Nicki Minaj channelled her inner jungle goddess wearing an equally elaborate and sexy leopard print gown. Other celebs who killed the red carpet included Kendall Jenner, who showed up in an interestingly dramatic two-piece.

Supermodel Joan Smalls was obviously fiery in her Iris Van Herpen number. Many other models were in attendance, and while most stepped out in predictable but stunning looks, others kept it spicy like Bella Hadid.