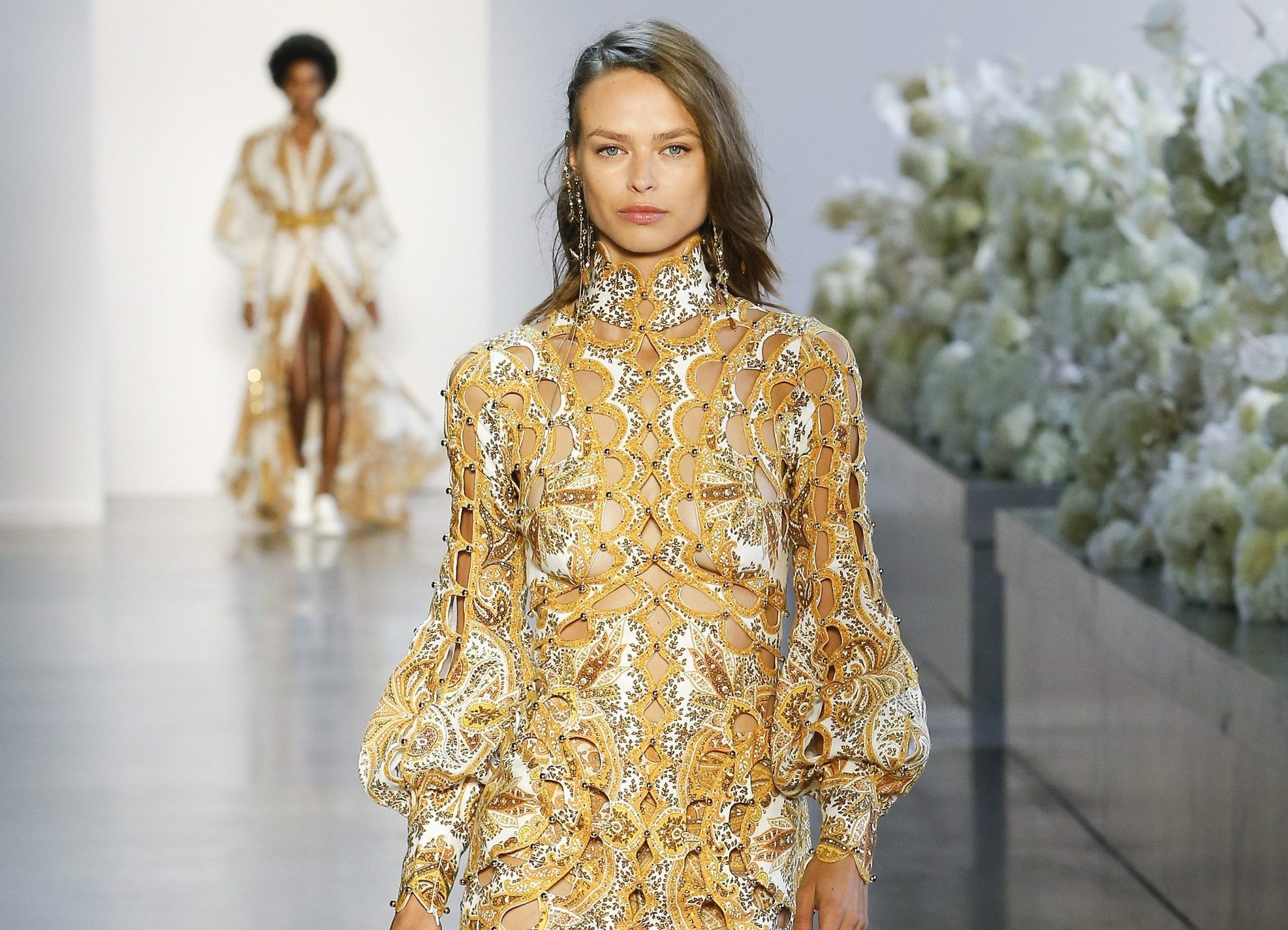 For Spring 2019, Zimmermann featured an unexpected take on the brand’s traditional style by combining boho-chic with retro vibes. The designer was inspired by Australian TV show, Number 96′s very ’70s costumes and also its bold representation of sex and sensuality.

According to the designer,

“For Spring, we used the backdrop of a television soap that was on in Australia in the late 70’s called Number 96. It was naughty and irreverent and hilarious. It was even more appealing to me because as a really young kid I definitely wasn’t allowed to watch it! It was set in an apartment block of four in Paddington in the inner city of Sydney, and explored storylines that were considered taboo at the time – sex, adultery, drugs and homosexuality. When we were researching, we found this great quote from the series launch campaign – ‘Tonight at 8.30 television loses its virginity’.” 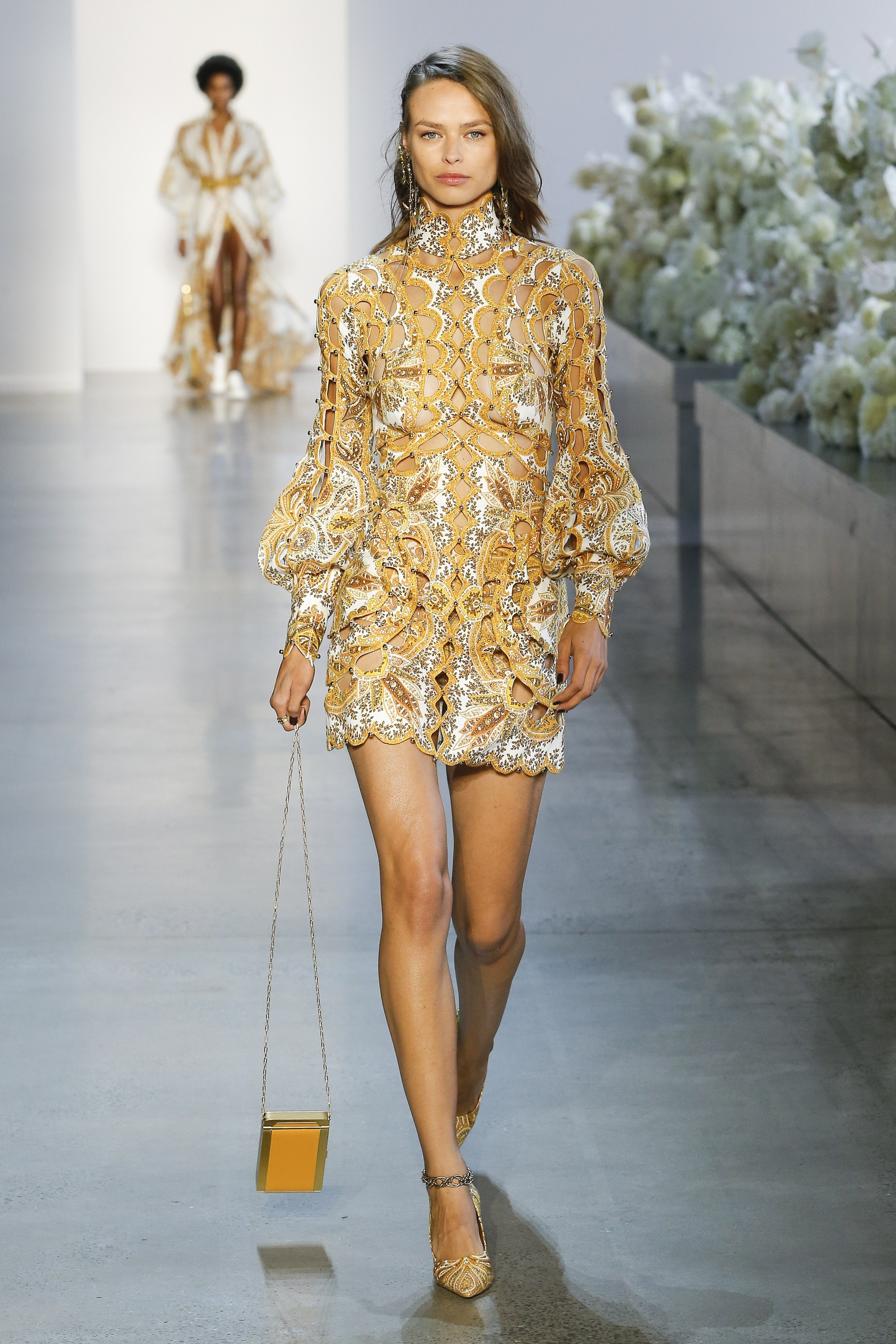 The Zimmermann collection featured gilded pieces, lots of fringes, patterns, peekaboo cutouts, ruffles, pom-pom detailing, patchwork and more. Denim and plaid were also involved in this collection as bold colours and prints in flowy silhouettes glided down the runway. The collection was made up of mini dresses, crop tops, low waisted trousers, shorts, mini skirts, and tracksuits.

Here’s a look at our favourite pieces from the collection… 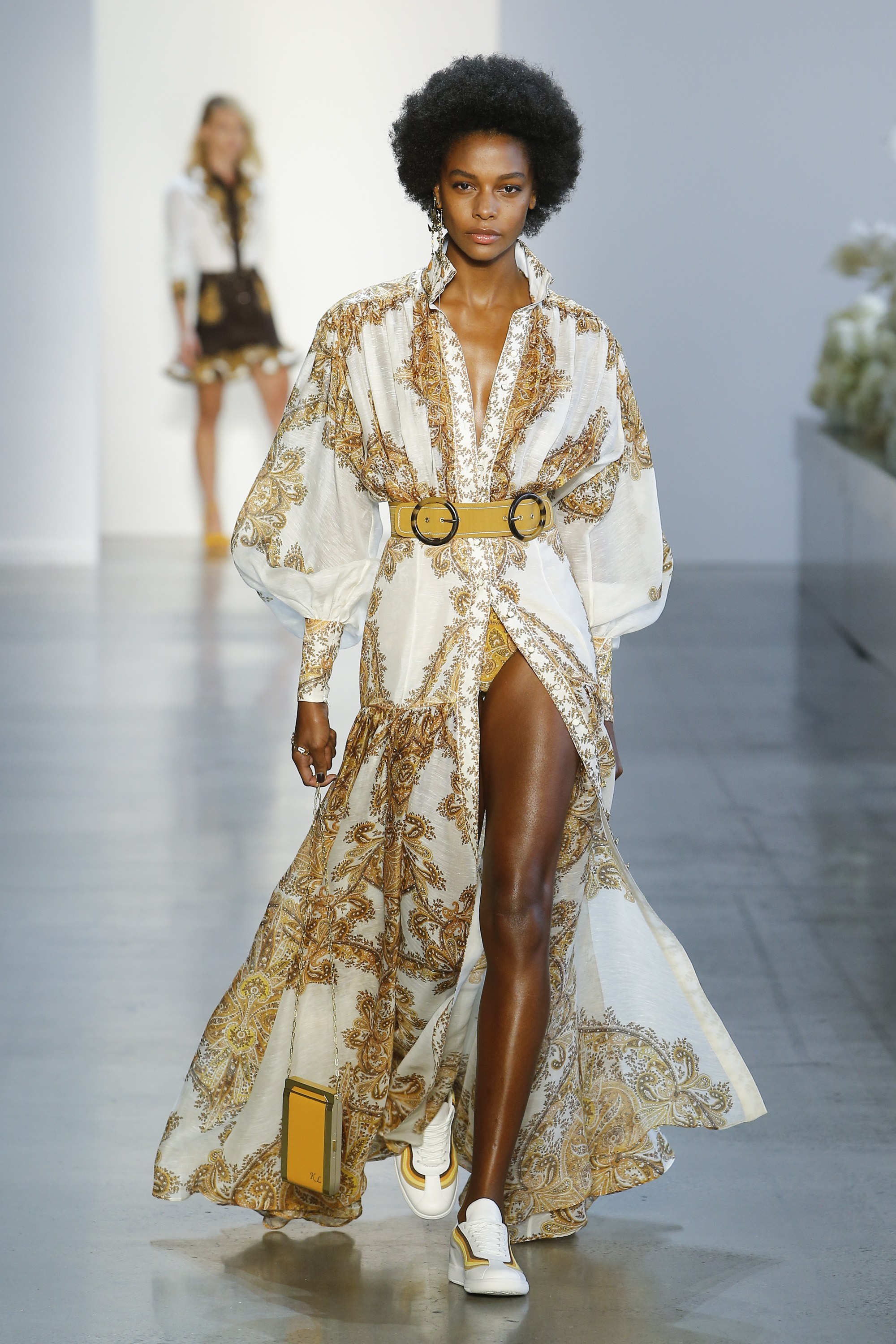 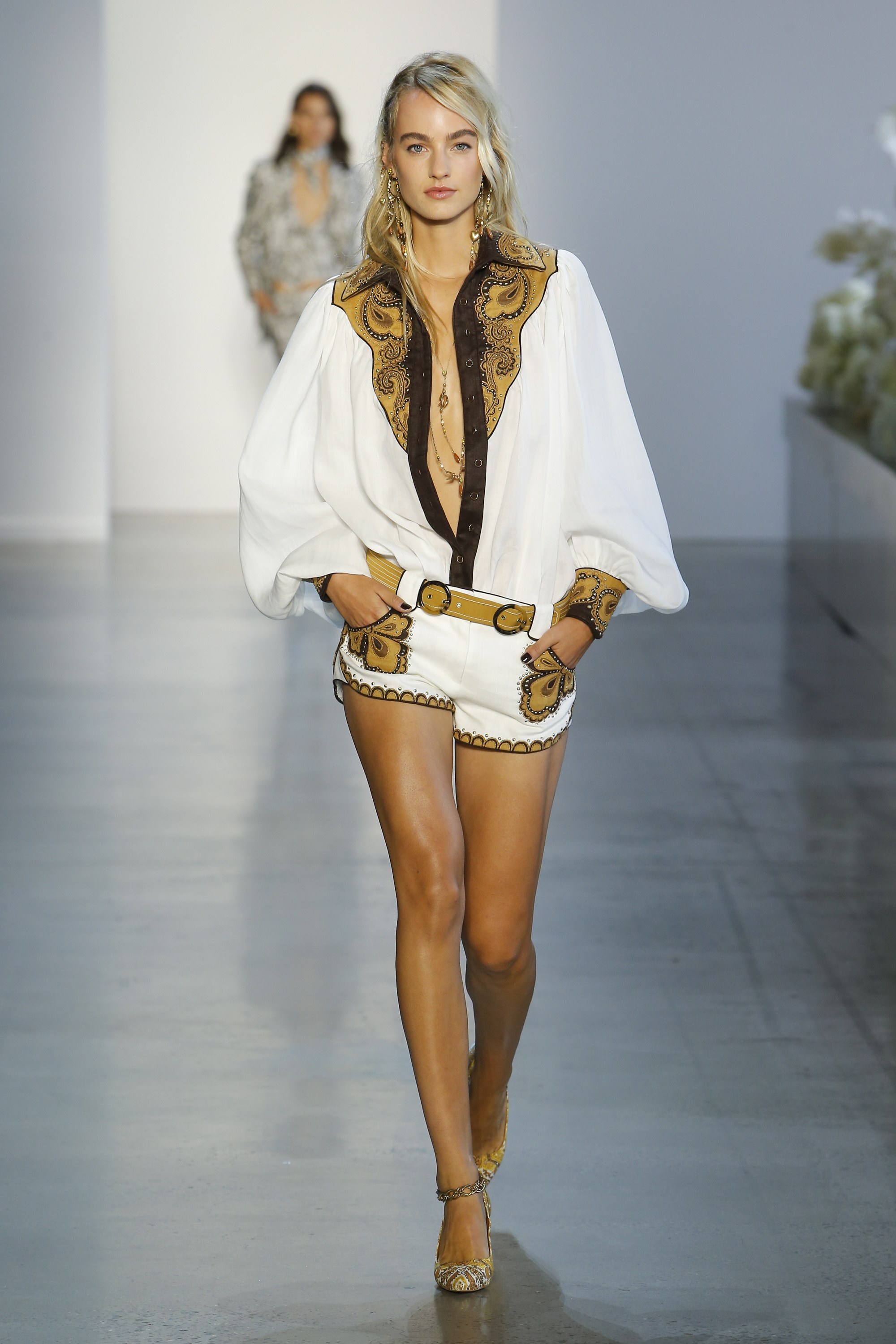 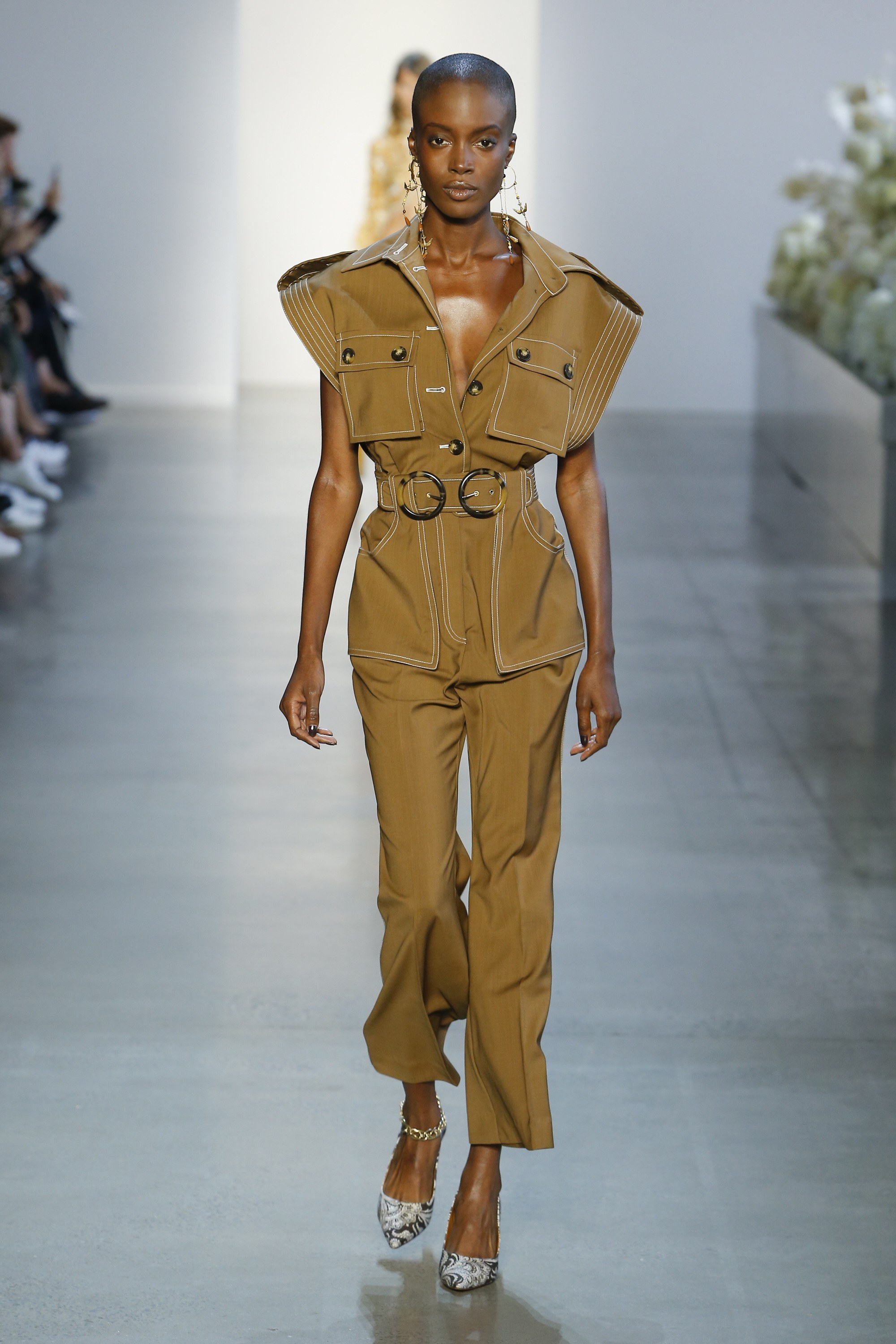 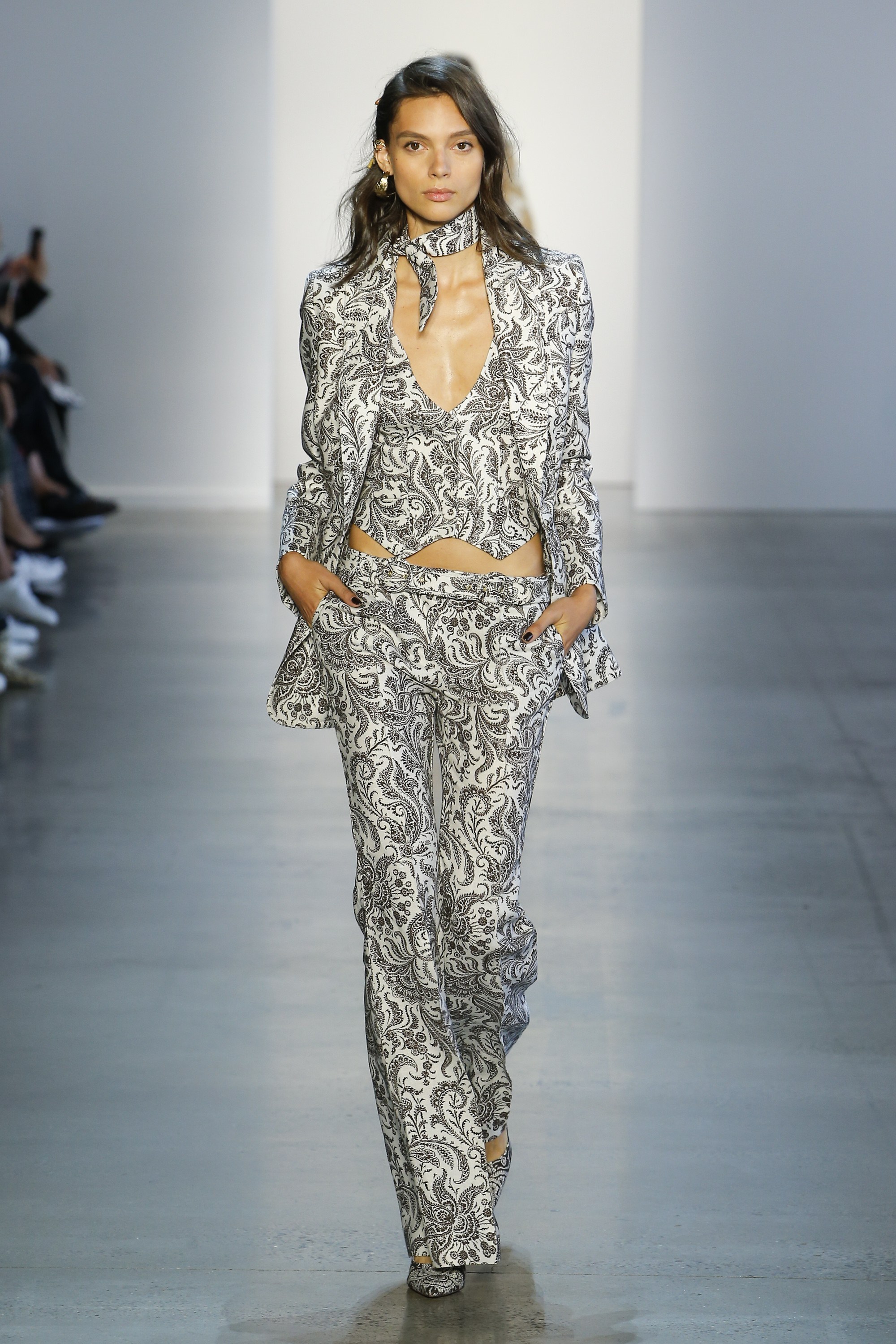 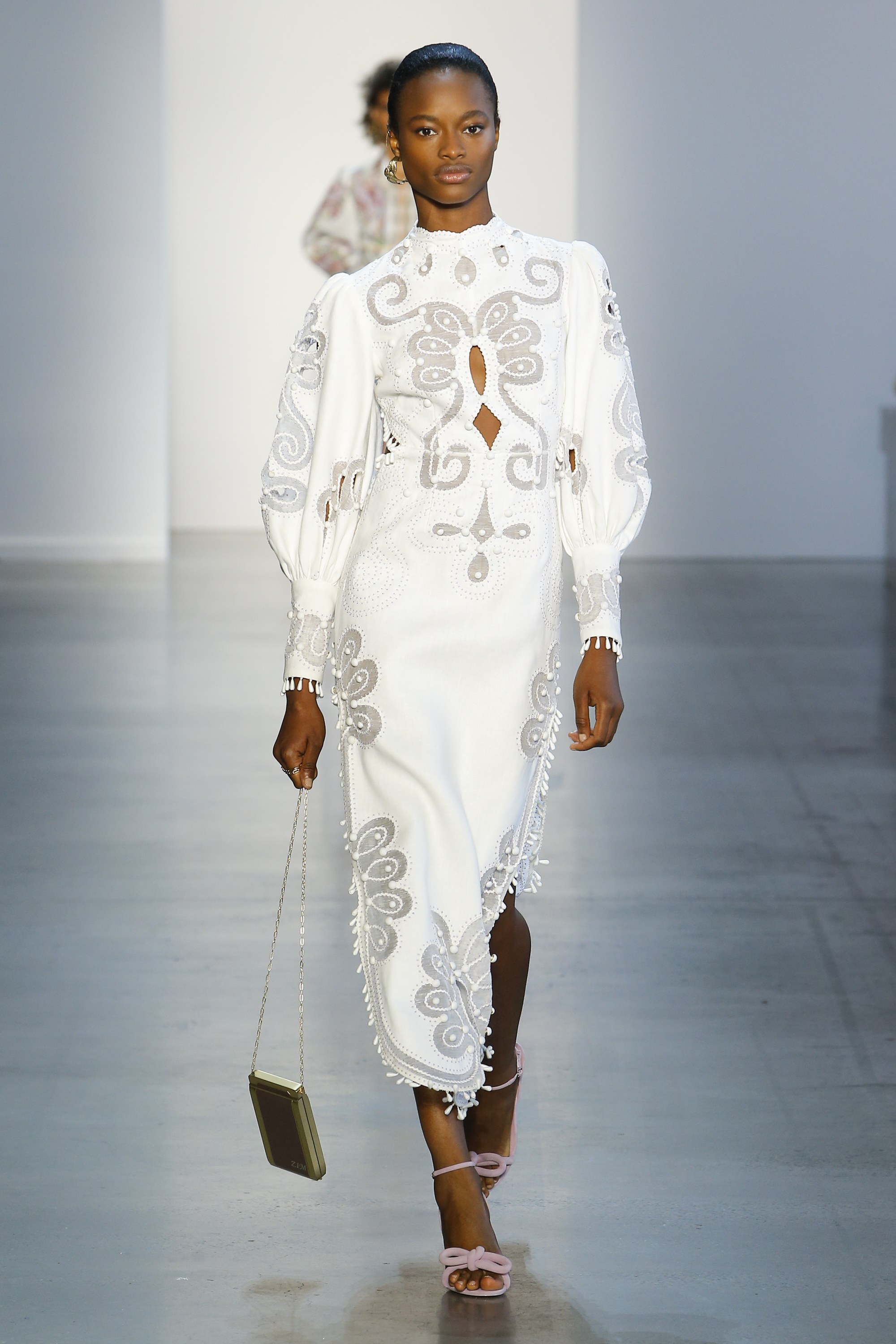 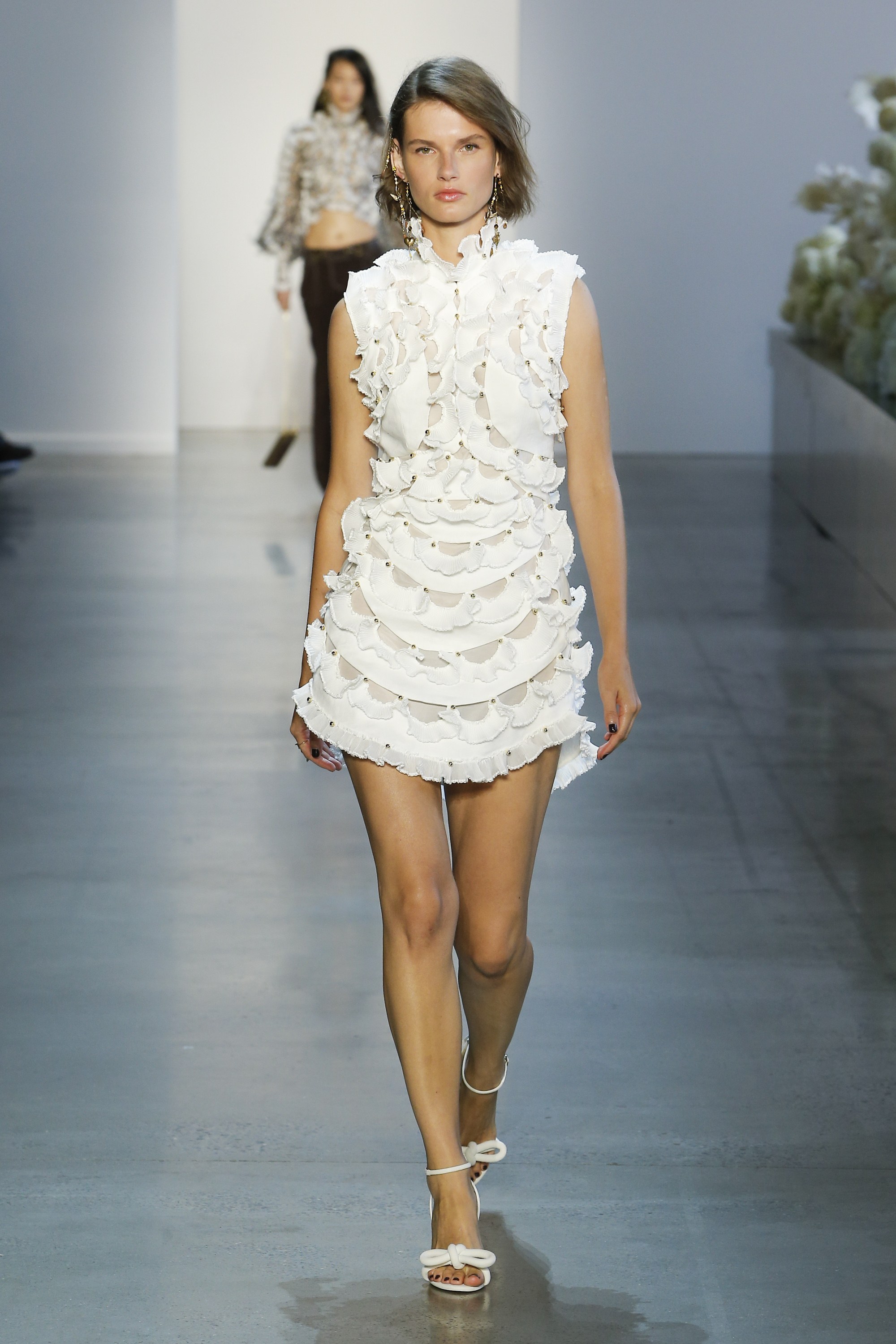 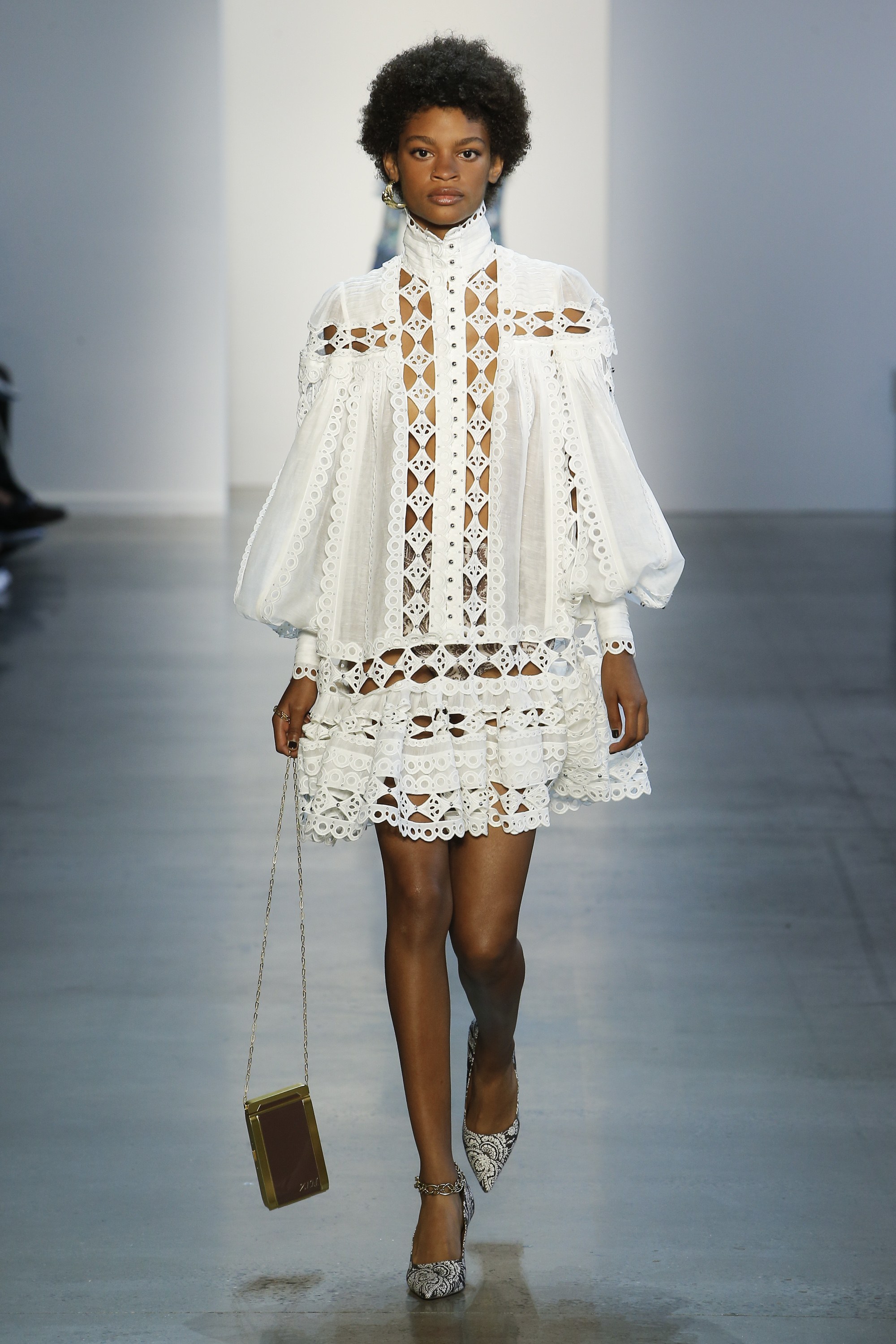 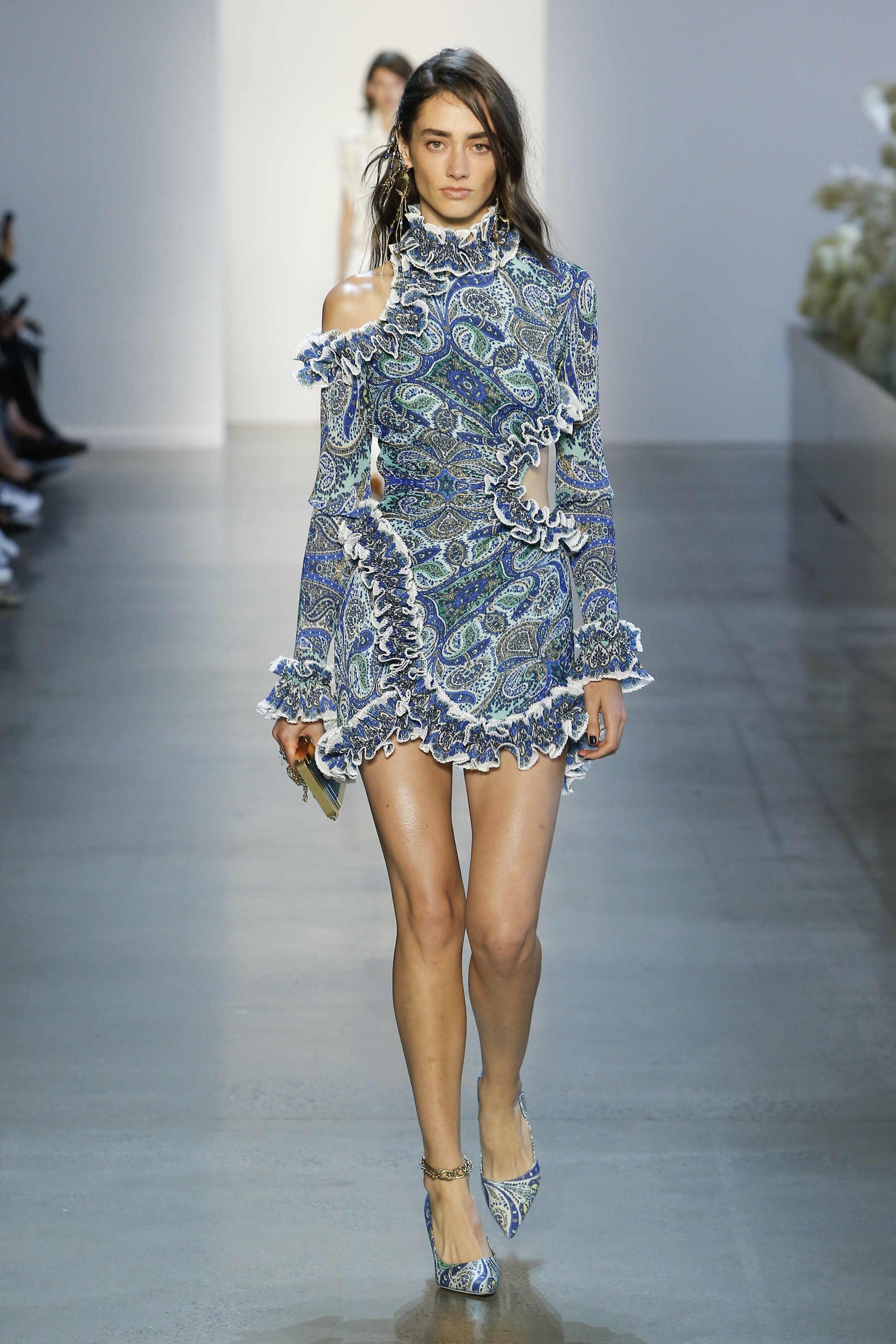 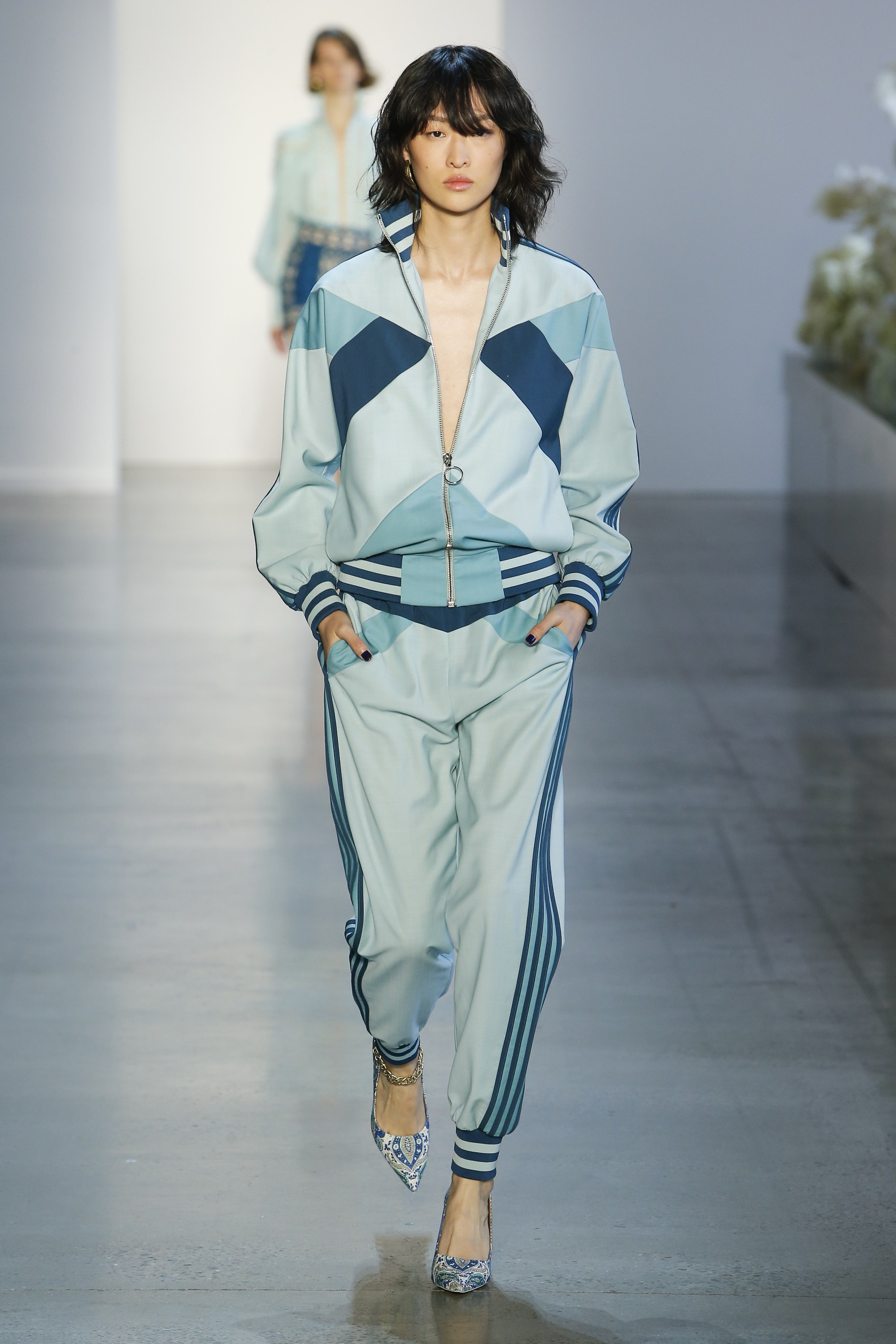 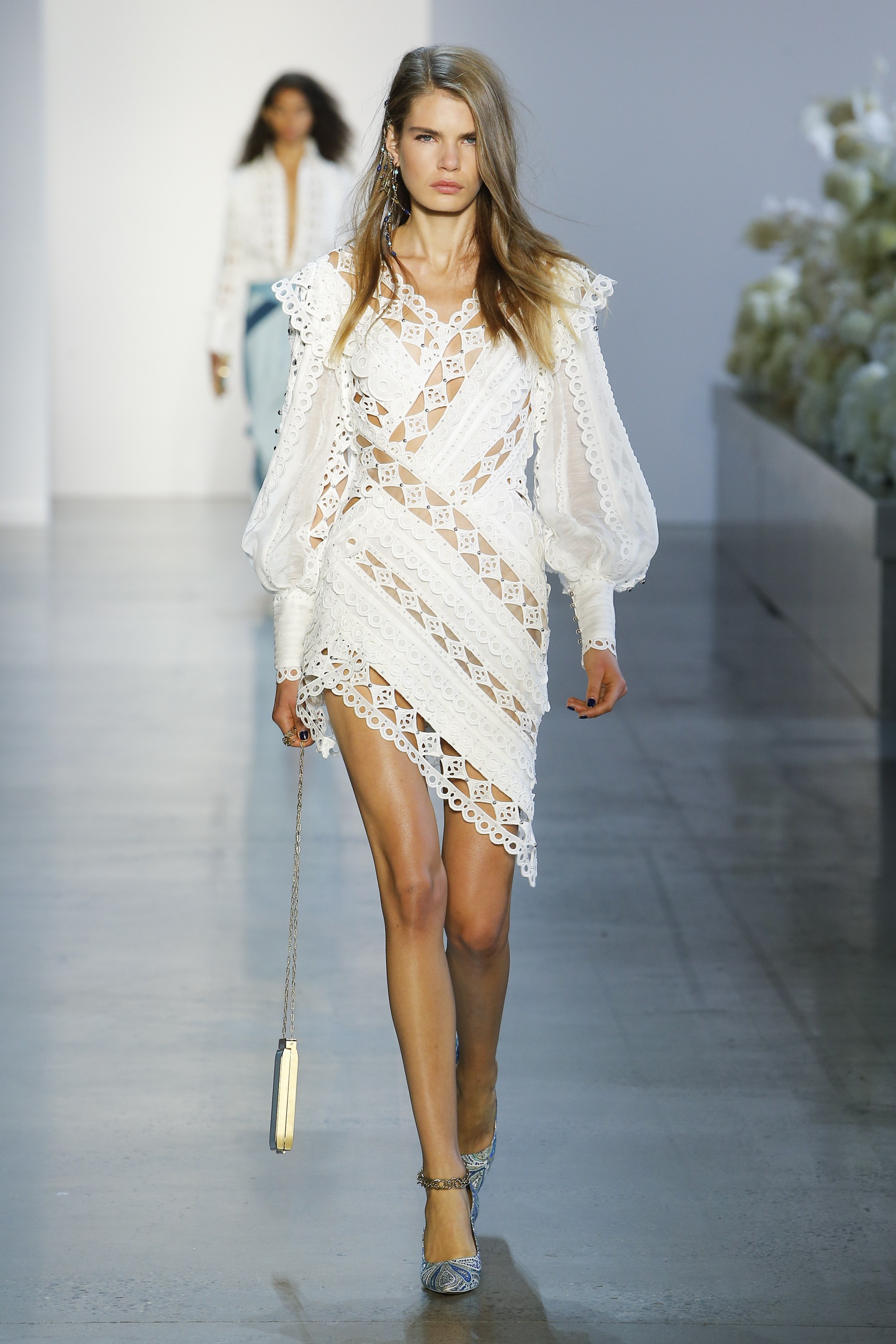 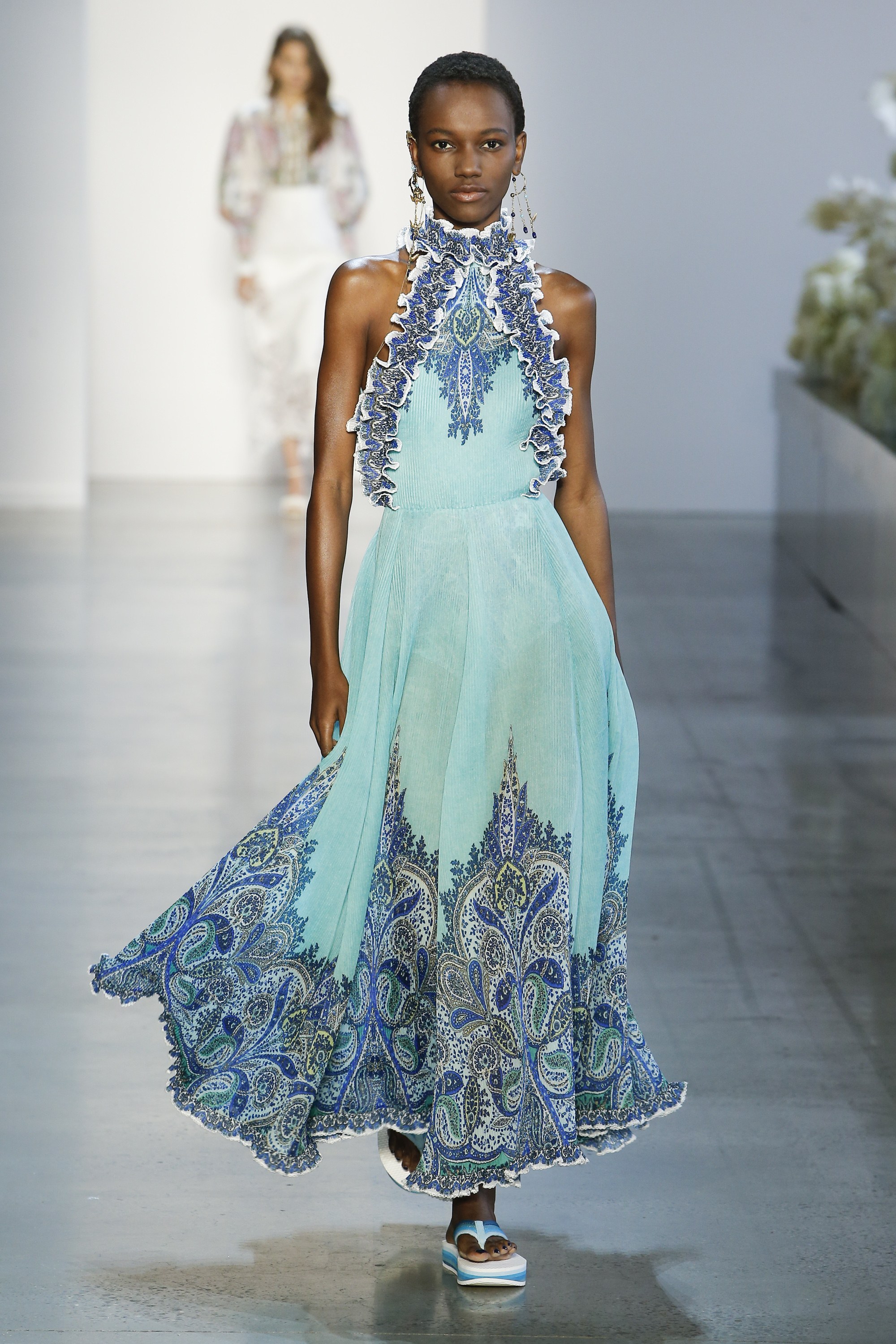 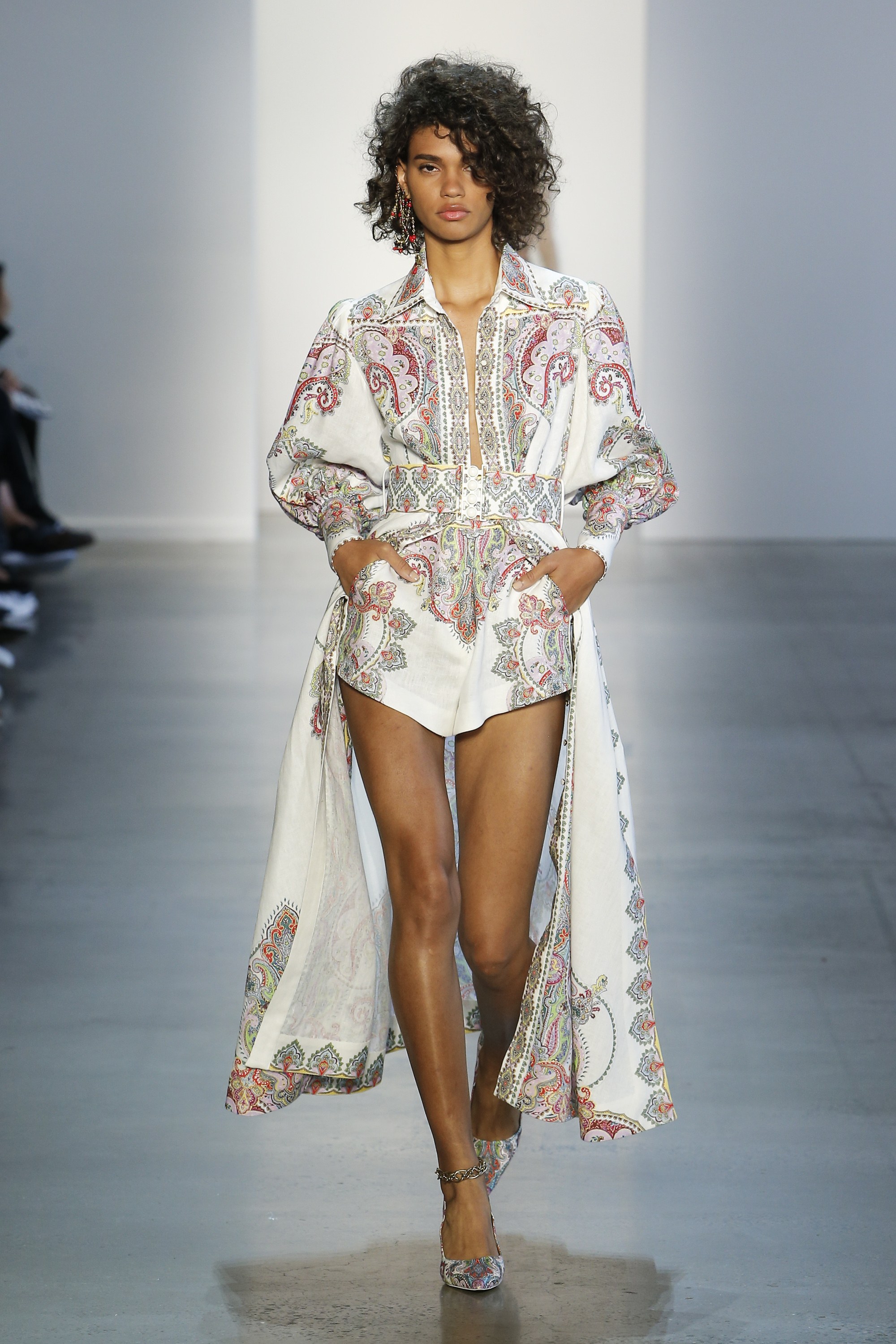 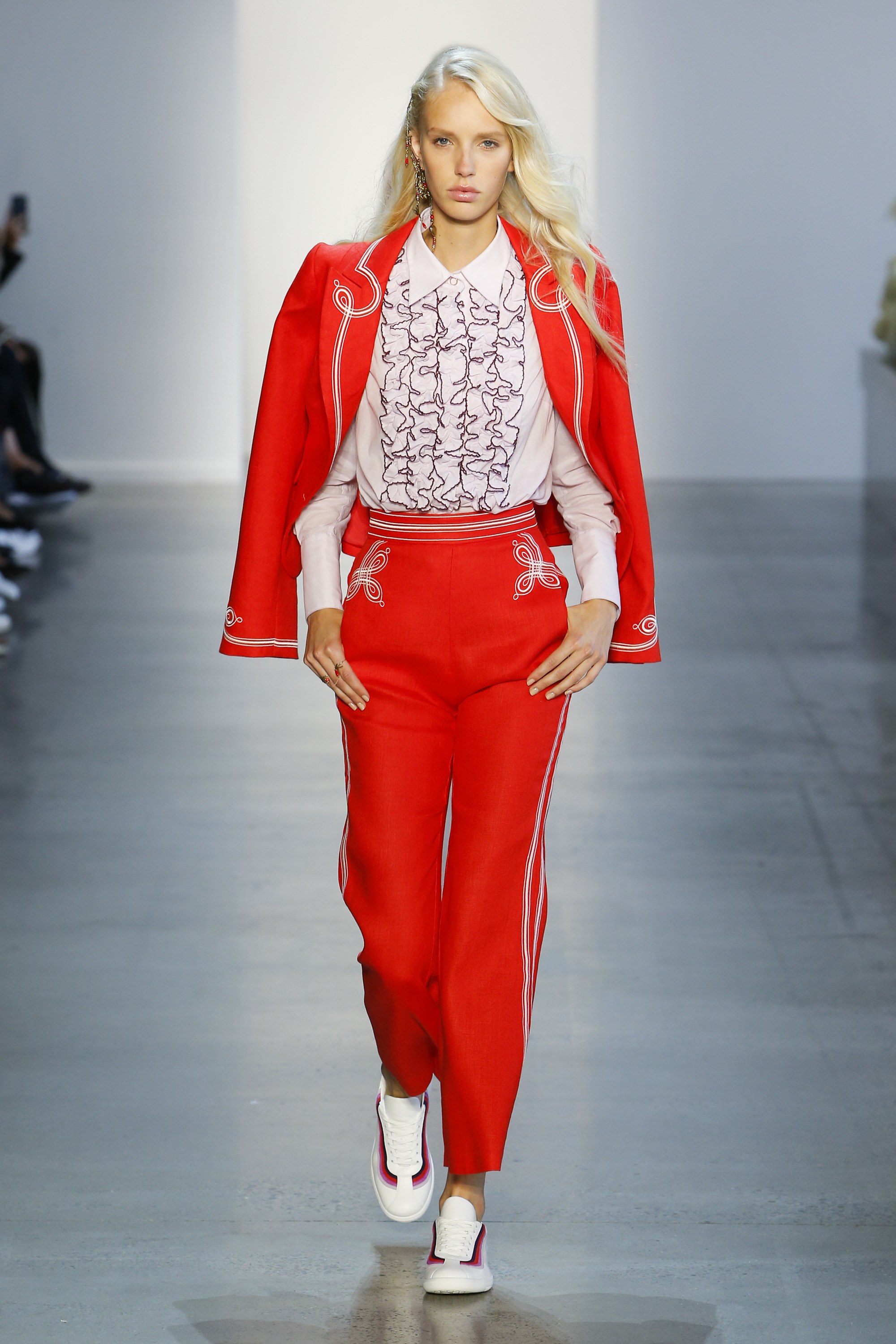