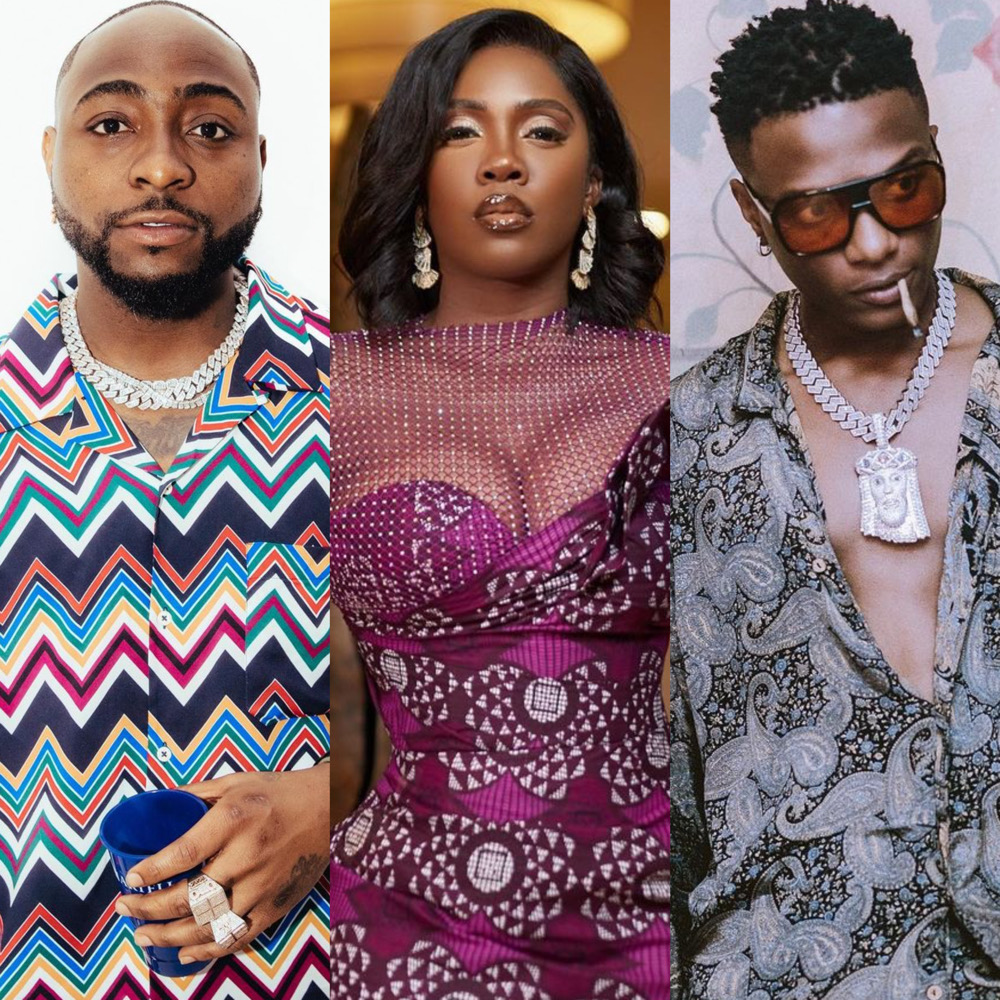 Nigerian superstars, Burna Boy, Davido, Tiwa Savage and Wizkid are among the 10 artistes nominated for the Best African Act award at this year’s MOBO Awards show. The MOBO Awards complete nominee list was released yesterday and the Best African Music Act category includes Burna Boy, Wizkid, Tiwa Savage and Davido nominated at once. This was revealed on Thursday, the 11th of November 2021.

The MOBO Awards is an annual British awards ceremony that celebrates achievements in “music of black origin”. Of the 10 names on this list of nominees in this particular category, 8 are Nigerian by nationality, while the other two are Ghana’s King Promise and British-African music group, NSG. Other Nigerian nominees on this list asides from the aforementioned include; CKay, Rema, Tems, and Ayra Starr.

Jay-Z walks out of the courtroom after he beat perfume company Parlux's lawsuit against him and says:

Jay-Z just got some really good news after years of fighting a hefty lawsuit. Following almost six years of litigation, a jury in Manhattan reached a verdict in Hov’s trial with Parlux Fragrances, which partnered with the entrepreneur in 2013 to launch its “Gold Jay-Z” cologne.

The rapper has officially been cleared in the lawsuit, which claimed Jay breached an endorsement deal with the company after failing to promote the fragrance. In the end, the jurors found that Hov was not liable for the $67.6 million in requested damages, though they did also reject his roughly $6 million counter suit for alleged unpaid royalties.

Media personality Somizi Mhlongo threw major shade at his estranged husband, Mohale Motaung this week. Somizi was a guest on “The Braai Show with Cassper Nyovest” where the duo, who are very good friends, prepared a meal together and had an honest chat about life. Cassper and Somizi discussed the effects of the lockdown on their careers, the early days of Somizi’s career and fatherhood.

Like the food, things got a little spicy when Cassper asked the former “Idols SA” judge where Mohale was. “Where is Mohale?“ Cassper asked. Somizi replied, saying: “Oh, he’s gone. He is no longer alive”.

A ceremony was held in Benin to welcome home 26 artworks stolen by French colonial soldiers more than a century ago https://t.co/OnF9aCfdll pic.twitter.com/BR1BWqd5ur

A ceremony has taken place in Benin to mark the return from France of 26 royal treasures that had been looted by colonial troops in the 19th Century. This follows an agreement between the two countries that was finalised on Tuesday in Paris – in an event attended by presidents Patrice Talon and Emmanuel Macron.

Among the artworks which had been on display in a Parisian museum are statues from the ancient kingdom of Abomey as well as the throne of King Behanzin. It was looted when French soldiers ransacked a palace in 1892. In the economic capital Cotonou, hundreds of people lined the streets. One woman said she had traveled 500 km (310 miles) with her young children to witness the return of the loot. The artifacts will in time be on display in a new museum.

The Premier League announces a mid-season break starting November 14 next year, one week before the World Cup starts in Qatar 📆

The league will restart on December 26, just eight days after the World Cup final. pic.twitter.com/Z0coKg0rVj

The Premier League will have a mid-season break of more than six weeks in 2022-23 to accommodate the 2022 Qatar World Cup. On Thursday, it was announced the next campaign would stop after the weekend of November 12/13 before fixtures resumed again on December 26.

The season will also begin a week earlier than normal on August 6 and finish off a week later on May 28. The Champions League and FA Cup finals will therefore be pushed into June. Confirmation of the Premier League dates comes after clubs were shown an outline calendar at a shareholders’ meeting in September.