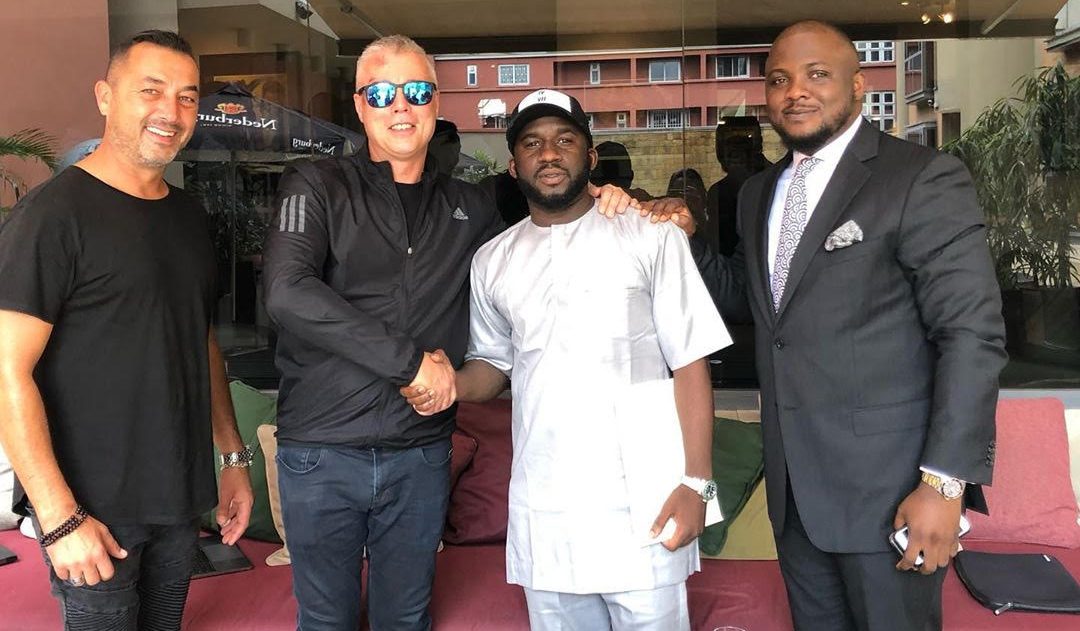 Last Week, Our Best Beauty Looks All Had A Notable Glow

The issue of celebrities’ nudes being leaked is still very rife, but Whoopi Goldberg has received some criticism on her views on the topic. There will soon be a new currency called the Libra founded by Facebook. Stay informed with our Rave News Digest which summarizes some of the hottest global news you need to catch up on, saving you time and energy. Consider it your daily news fix.

The record company said its partnership with Banko, who was formerly the President of Davido Music Worldwide, is based on his pure love for African music and his desire to push the culture beyond the waters of the land.

Banko honed his craft in the music industry in Canada, after which he returned to Nigeria to set up Davido Music Worldwide.

In a statement by Sony Music West Africa, the record company said they had no doubt that the company was in safe and profitable hands under Banko’s management.

Sharing his plans for the company, Banko expressed his determination to take the company to the next level.

He said he planned to diversify the company’s business interests and woo investors. “There is no reason why Apple, Tidal and Spotify should not have their platforms in Africa,” Banko said.

He added that African music was overripe for the mega music platforms. He also promised to assist young and talented West African artists towards achieving their dreams of bringing home a Grammy Award.

Sony Music Worldwide has watched great talents like Davido, Wizkid and Angelique Kidjo spring out of the continent over the years. They, therefore, decided to invest in West Africa in 2016, in order to achieve their vision of making Africa a musical repertoire centre of the world.

A young British teenager who was reported to have called Prince Harry a “race traitor” and suggested he should be shot after his marriage to Meghan Markle, has been jailed for four years and three months in Britain.

According to the UK Press Association, the teenager Michal Szewczuk posted extremist material including an image of the prince with a gun to his head on a blood-spattered background with the caption “See Ya Later Race Traitor.”

The 19-year-old was sentenced in London on Tuesday, after pleading to two counts of encouraging terrorism and five counts of possessing terrorist material, the UK’s Counter-Terrorism Policing (CTP) unit confirmed in a statement.

Szewczuk was also in the possession of some materials which include the White Resistance Manual – a white supremacist handbook – and the al Qaeda Training Manual.

The teenager, originally of Polish descent but who lives in Leeds, is said to have written an “extremely violent and aggressively misogynistic” blog which attempted to justify the rape of women and children in the pursuit of an Aryan race.

Szewczuk was sentenced alongside Oskar Dunn-Koczorowski, 18, from West London who received 18-month detention and training order after admitting to two counts of encouraging terrorism.

Social media giant Facebook is unveiling an ambitious plan to create a new digital currency called Libra. It aims to create a whole new financial system to transform the way money moves around the world and not just in its own apps.

Facebook is leading a consortium to create an open-source digital currency whose goal is for developers to create services for consumers to send money around the world easily and for free—almost with the same convenience of sending a photo or text message.

The Libra currency will not be run by Facebook but rather by a non-profit association supported by a range of companies and organisations.

The new currency is set to launch in the first half of 2020. It will be run by a non-profit, The Libra Association, based in Geneva, Switzerland. Its goal is to be broadly accessible, stable and secure.

Unlike bitcoin and other cryptocurrencies which can be very volatile and speculative, Libra will be backed by relatively stable government-backed money.

In addition, Facebook also announced a new digital wallet called Calibra, which will be operated by Facebook as a separate subsidiary and provide users with a way to store and spend Libra.

The company said the financial information from your digital wallet will not be used for ad targeting on Facebook’s platforms because the two divisions will be kept totally separate.

Some people have kicked against the initiative because the announcement comes after Facebook has faced a slew of complaints about privacy issues.

And whether you’re for or against the initiative, Facebook’s culpability in privacy breaches raises real concerns about whether the social media platform can be trusted with financial information.

American actress Bella Thorne has chided Whoopi Goldberg in a series of tearful videos on Tuesday after the latter criticised her for taking nude photos of herself.

Thorne had been forced to share nude photos of herself over the weekend when she revealed that a hacker had been threatening her with them. It was a way of taking control of the situation according to the actress.

However, in a TV show “The View”, co-host Whoopi Goldberg said Thorne should have known hackers would be able to access the pictures she had taken.

“Once you take that picture, it goes into the cloud and it’s available to any hacker who wants them,” Goldberg said. “And if you don’t know that in 2019, that this is an issue, I’m sorry, your age does not – you don’t get to do that.”

And while another co-host on the show empathised with Thorne and other young celebrities that have fallen victim, Goldberg wasn’t having it. “If you’re famous, I don’t care how old you are, you don’t take nude pictures of yourself,” she said.

“Shame on you,” Thorne hit back on her Instagram story later Tuesday. “I don’t really wanna go on “The View” anymore, because I don’t really want to be beaten down by a bunch of older women for my body and my sexuality.”

“Watching this interview made me feel really bad about myself,” Thorne continued, “Shame on you, Whoopi… for putting that public opinion just out there like that for every young girl to think that they’re disgusting for even taking a photo like that. Shame on you,”

Screenwriter Max Landis has come under fire as eight women have come forward to accuse him of sexual abuse. They made their accusations in a lengthy exposé published by the Daily Beast on Tuesday.

The story included statements from Whitney Moore, Ani Baker and others who decided to remain anonymous.

The women have accused Landis of manipulating their relationships. They allege that he would bring them into his inner friend group, the Colour Society, to make them feel special then once inside, he would physically, sexually, emotionally and sometimes psychologically abuse them.

Following the publishing of the exposé, Baker took to Twitter once more to reiterate her claims. Actor Brad Gage denounced Landis for his behaviour and Baker thanked him for his support.

Landis is the son of Hollywood comedy director John Landis. Max Landis is well known for writing the screenplays for films like American Ultra, Chronicle and Bright. He has not responded to any of the allegations levelled against him.

Last Week, Our Best Beauty Looks All Had A Notable Glow