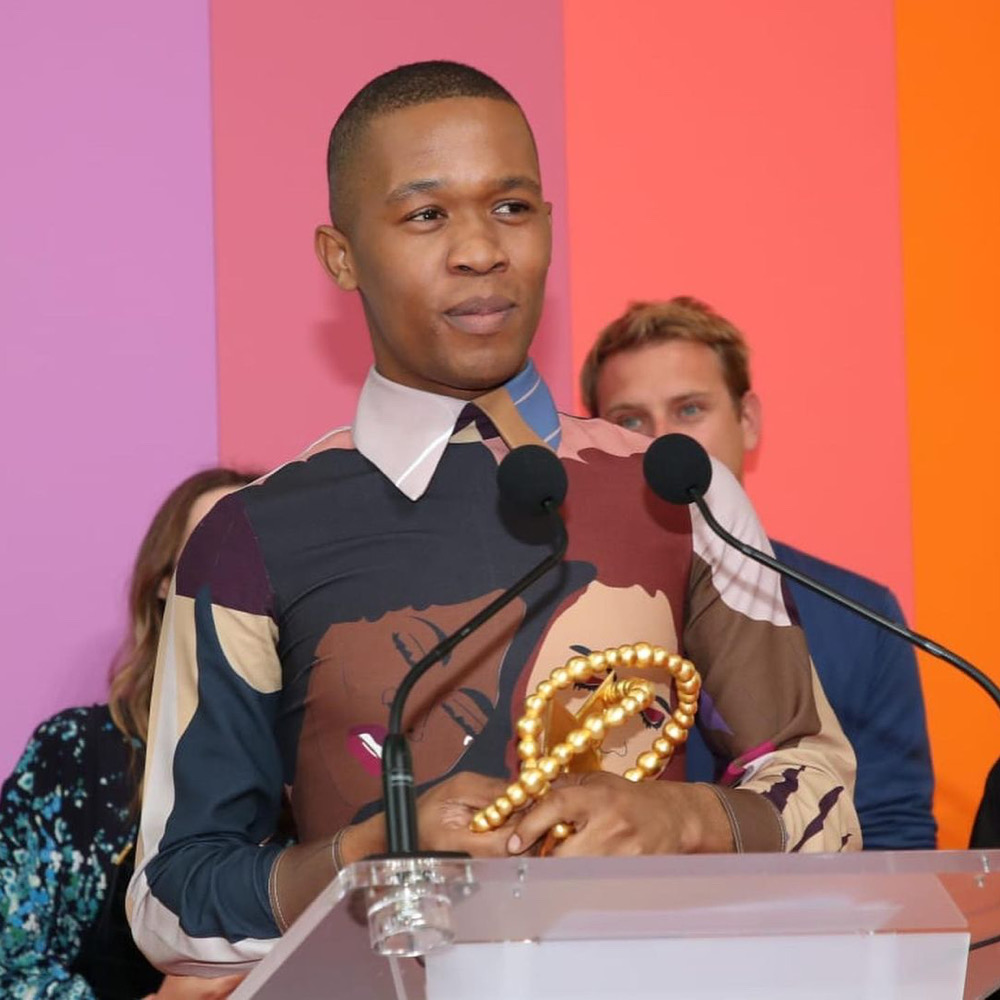 Miley Cyrus wears Thebe Magugu creation, Blessing Oborodudu makes Nigerian history, Alisson extends Liverpool contract. Stay in the know with our Rave News Digest which summarizes five of the hottest global news you need to catch up on, saving you time and energy. Consider it your daily news fix.

Miley Cyrus has joined the list of international stars such as Issa Rae and Beyoncé who have rocked a Thebe Magugu creation. She was snapped wearing a red suit by the award-winning local fashion designer while sitting aboard a private jet.

Magugu shared his excitement about seeing a star of such magnitude wearing one of his designs on Twitter and dubbed Cyrus the “queen of everything.” Cyrus’s suit is part of Magugu’s first full men’s wear collection, which recently debuted at Pitti Uomo, the influential trade show held annually in Italy.

Blessing Oborududu won an Olympic Games’ silver medal in the women’s freestyle 68kg, the first won by a Nigerian wrestler in history. The 32-year-old won the Tokyo 2020 silver medal on Tuesday,  August 3, in her third appearance at the Olympics Games since London 2012.

The final against Tamyra Mensah-Stock could be the last time we will see Blessing Oborududu grappling on the mat. “I think this Olympics will be my last Olympics,” she said upon qualification for Tokyo 2020.

After three Olympics she had set herself a target of clinching a medal at the World championships or Olympics. With that done, the Business Administration graduate now plans to retire after her long career, but she might stay heavily involved in Nigerian wrestling.

She now becomes the highest paid actress of color on a broadcast drama series in history.

Angela Bassett has reached a huge milestone. The legendary actress is reportedly getting a massive payday for her work on Fox’s hit drama series, “9-1-1.” Not only has she starred on the show for all 4 seasons, but she also serves as an executive producer on 9-1-1 and the spinoff, “9-1-1: Lone Star.”

Bassett reportedly received a pay increase allegedly making a whopping $450,000 per episode. If this amount is accurate, that would put her in the ranks of the top salaries on network television for any actor, male or female. Plus, she is likely to be the highest paid actress of color on any broadcast drama series.

History made for #BUR!

Hugues Fabrice Zango won Burkina Faso’s first ever Olympic medal as he claimed bronze in the men’s triple jump on day 13 of the Tokyo Olympics. The 28-year-old’s leap of 17.47 meters was 35cm short of his African outdoor record, which he set earlier this year, but was enough to claim third place.

Liverpool goalkeeper Alisson Becker has committed his future to the Reds by signing a new contract until 2027. The Brazil international, 28, said he had “confidence” and “trust” in the club after three years at Anfield since arriving from Roma in 2018. Alisson has won the Champions League and Premier League during his time on Merseyside and said his family is happy and settled.

The goalkeeper is the latest Liverpool player to sign a new deal, with Brazil team-mate Fabinho, having done so on Tuesday – committing to 2026. Full-back Trent Alexander-Arnold, announced last week he had put pen to paper on a deal until the summer of 2025.