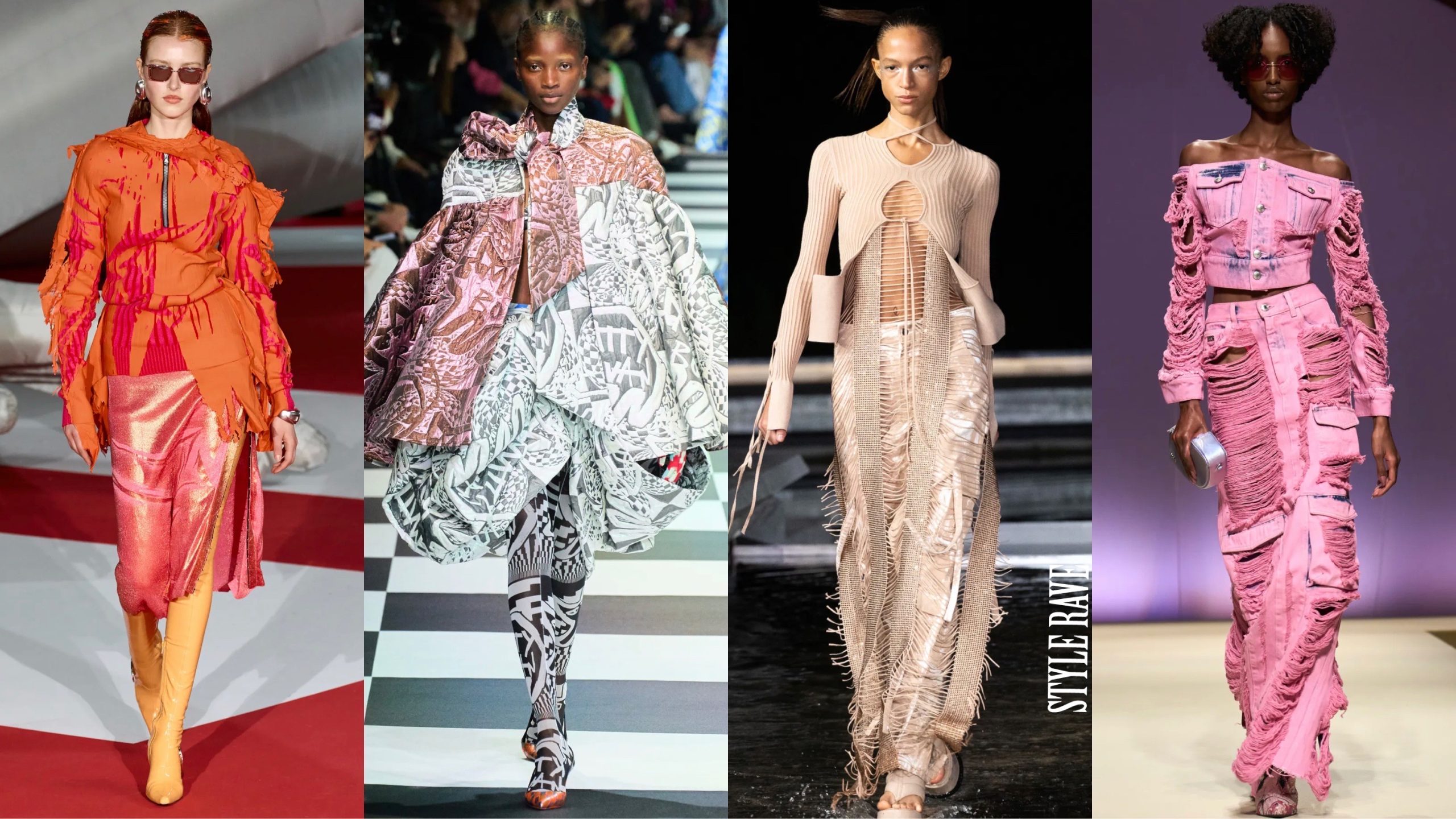 The Milan Fashion Week Spring/Summer 2023 season has officially ended. The Italian fashion capital restored the electrifying fashion energy which was lacking during London Fashion Week as fashion houses made efforts to pay tribute to the late Queen Elizabeth II.

Glenn Martens, creative director of Diesel, opened the week-long event with his go-to cult denim line and a gigantic inflatable sculpture. Rising UK-based designer Matty Bovan received backing from Dolce & Gabbana, who helped him present a collaborative collection in Milan. Then there was Ferragamo, whose newest creative director, Maximilian Davis, unveiled his first line for the brand along with a new logo to usher in a new era for the company.

While all this was going on, Kim Jones of Fendi, fresh from his 50th anniversary Fendi Baguette show in New York, looked to the 1990s and early 2000s, sending furry wedge mules and cargo pants down the runway. The collection was inspired by a special Fendi logo designed by Karl Lagerfeld in 2000, which could be seen prominently embroidered on sports dresses and more quietly on the heels of platform boots.

Alessandro Michele, the Creative Director of Gucci, used 68 identical twins from the street to model his Twinsburg collection, which was inspired by the miracle of twins, especially his mom. Michele has always been good with serving a good surprise, so he had one model walk down the runway while her twin was doing the same thing on the opposite side of a screen. The idea, according to Michele, was meant to make a statement about identity by demonstrating how “the same clothes emanate different qualities on seemingly identical bodies.”

“Twinsburg plays this game, producing a tension in the relationship between original and copy. As if by magic, clothes duplicate. They seem to lose their status of singularity. The effect is alienating and ambiguous. Almost a rift in the idea of identity, and then, the revelation: the same clothes emanate different qualities on seemingly identical bodies. Fashion, after all, lives on serial multiplications that don’t hamper the most genuine expression of every possible individuality.” Michele shared.

There was a star celebration as well. The legendary Piazza del Duomo in Milan served as the location for Moncler’s 70th anniversary celebration. The most theatrical performance of the season featured the cast of 1952, which included 952 models, 700 dancers, 200 musicians, and 100 singers.

By asking seven designers, including Thom Browne, Rick Owens, and Pharrell Williams, to reinvent the silhouette, Moncler established the Maya jacket as a mainstay of heritage with a modern touch. Seven Moncler NFTs, honoring the new Moncler Maya 70 jacket and the city of Milan, were also announced by the brand.

The week’s fashion offerings satisfied us for days. From the numerous debuts of creative directors at brands like Etro, Missoni, and Ferragamo, to Prada’s ongoing triumph with the unstoppable design team of Miuccia Prada and Raf Simons, if you thought you already had enough of fashion month, Milan had a few tricks up its sleeve to revive you.

See The Most Rave-Worthy Designs From Milan Fashion Week AW21

The New Normal: A Puppet Runway For Moschino, What’s Next?