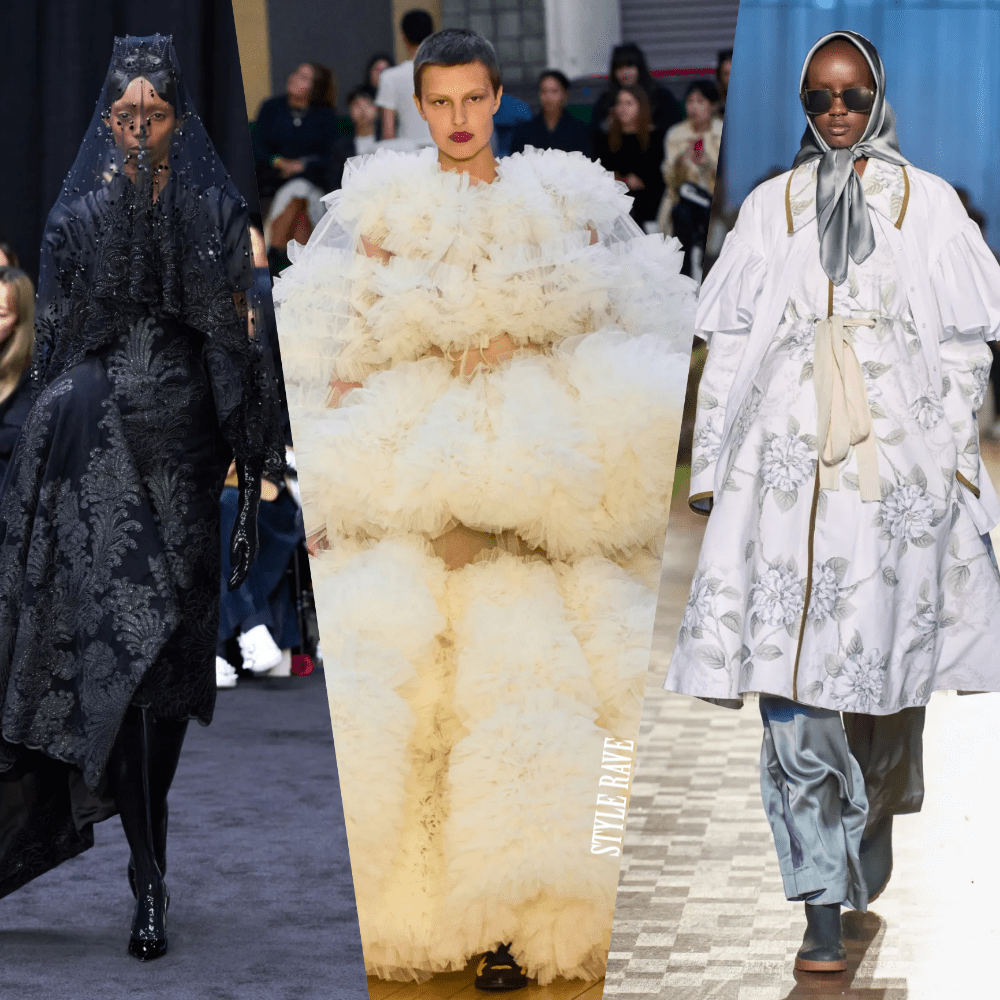 This past weekend saw the return of London Fashion Week to the English metropolis for its SS23 season but without the customary flash and glory. The tone was solemn and reserved as it unpredictably coincided with the traditional 10-day period of mourning that follows a monarch’s passing. Even without major draws like Burberry, whose show was postponed to September 26, and Raf Simons, who abruptly canceled, enthusiasm for the future of British fashion was tangible given that this London Fashion Week was the biggest in recent memory.

Visitors to the show could leave their condolences on a board at the Old Selfridges Hotel, home of the British Fashion Council. Some companies went above and beyond to honor the subject and made changes to their performances, whether it was the music, the final choice of outfits, or both. At the opening of his show, designer Daniel W. Fletcher had a minute of silence to honor the late Queen. After a minute’s silence, Fletcher sent a model wearing a black mourning suit made from British wool down the runway, accompanied by melancholic strings.

The British fashion sector is as dynamic as ever, despite the depressing news, and the shows must, politely, go on. Harris Reed, an American talent who has achieved success in the U.K., took advantage of the opportunity to remind the world of this. On September 15th, Reed unveiled a series of extravagant gowns designed with the dramatic halo headpieces that have become the designer’s signature as part of a tribute to the late queen and the start of the spring 2023 fashion season.

Christopher Kane presented a sizable presentation at the Roundhouse in Camden, his first runway appearance since AW20. The designer felt it was vital to personally introduce his biology-inspired line of slips, lace, and heavy fastenings—complete with human anatomy cross sections—to an audience.

On Friday, JW Anderson hosted his concert in a video game arcade in Soho. His whimsical, surrealist line featured upside-down knits, patterns created with Getty stock photos, and a mirror bubble dress that reflected the audience and their cameras back at themselves. The final outfit consisted of a black T-shirt with a copy of the Queen’s memoriam words that were shown throughout London.

Some of this season’s recurring styles showed continuations of what was seen on the New York runways; prominent trends were exaggerated bell bottoms (at Halpern and Dilara Findikoglu) and bubble hems (at Christopher Kane and JW Anderson). From the dangerously low waistlines at David Koma to the entrance-making evening wear in the style of the 1980s at Molly Goddard, there were unquestionably a good number of designs that built on the most prominent ones from last February.

However, there were also a lot of exciting new and original ideas to absorb, whether in terms of the material, cut, or ornamentation. Big, fluffy, and bouncy tulle made a comeback, as we saw during Huishan Zhang and Molly Goddard’s shows. Dramatic surrealism also dominated the runway. From the digital fishbowl print dresses at JW Anderson and the dramatic, outsized sculptural shapes at Harris Reed, some of the season’s most memorable styles resonated with a strange, thought-provoking beauty.

The runway saw the return of multiple straps as well. Labels such as Mark Fast, KNWLS, Nensi Dojaka, and more proved that the chic and subtly sexy detail is well worth some extra effort.