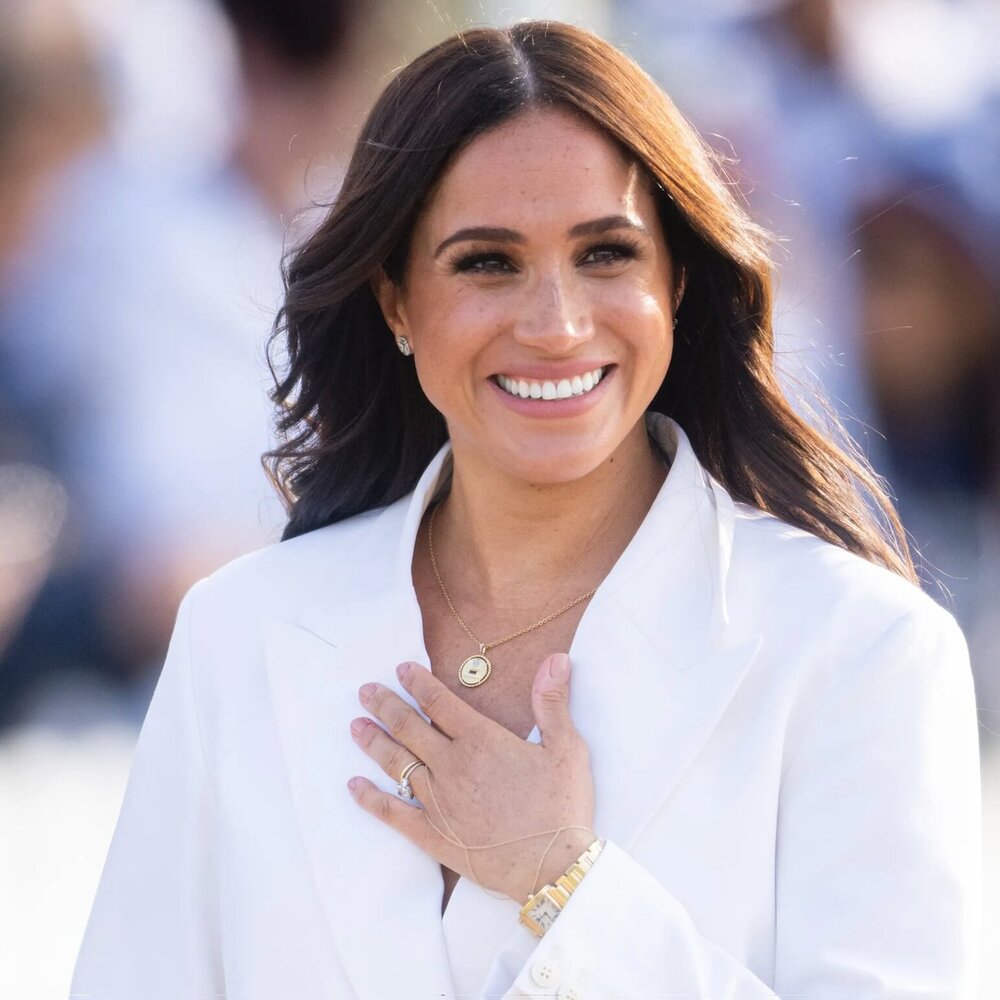 Meghan Markle reveals she’s 43% Nigerian, Adekunle Gold announces date for Lagos concert, Haller returns to training. Stay in the know with our Rave News Digest, which summarizes five of the hottest global news you need to catch up on, saving you time and energy. Consider it your daily news fix.

The Duchess of Sussex Meghan Markle says genealogical testing has revealed that she is "43% Nigerian".

In the latest episode of her Spotify original podcast, Archetypes, Meghan told Nigerian-American talk show host Ziwe Fumudoh that she was 43% Nigerian. pic.twitter.com/jLD9d3IYtB

It’s always great to learn about your roots, and it looks like Meghan Markle is doing just that as she revealed on her Archetypes podcast that she is 43% Nigerian in her recent episode featuring Issa Rae, Nigerian-American writer Ziwe Fumudoh, and professor Emily Bernards. The Duchess of Sussex shared with her panelists that she took a genealogy test to find out a bit more about her background. “I just had my genealogy done a couple of years ago; I’m 43% Nigerian,” she revealed.

Fumodoh, who also has Nigerian roots, questioned Markle, asking her if she was Igbo or Yoruba, to which Markle said she was “going to start to dig deeper into all of this because anyone that I’ve told, especially Nigerian women, are just like, what?”

Now, LAGOS! GET READY FOR THE BEST SHOW YOU HAVE EVER SEEN! DEC 18TH! 🔥

Sensational Afro-pop act Adekunle Gold has announced December 18 as the date for his Lagos concert. The award-winning star took to his Twitter account to make the announcement as he ask fans to prepare for the best show ever. “Now, Lagos! Get ready for the best show you have ever seen! Dec 18th!” he tweeted on Monday, 23 October.

Adekunle Gold has embarked on a successful tour of the US and Canada, as well as the UK where he sold out the 5,000-capacity 02 Brixton Arena. His December show in Lagos will be a way for the artist to close out a hugely successful 2022 that included a Headies Award for Songwriter of the Year.

Congratulations are in order for fashion designer David Tlale, who had an honorary doctorate conferred on him by the Tshwane University of Technology (TUT). David Tlale headed to his Instagram timeline and shared a snap of him wearing the red honorary graduation regalia.

“I am humbled to be conferred by TUT with the Honorary Doctorate in Arts and Design. Much appreciation and love. I dedicate This doctorate degree to my Mom Joyce’ my family, friends the media, and my beautiful country SA. to my team thank you … God Your Grace is Sufficient for me,” he wrote.

Congratulations to the designer.

Brittney Griner's appeal has been denied by a Russian court.

Griner will begin her nine-year prison sentence on drug charges. The U.S. government has declared Griner as wrongfully detained. pic.twitter.com/BAVBxpCDER

Brittney Griner’s attempt to appeal her nine-year prison sentence on drug possession charges was rejected by a Russian court on Tuesday, October 25, despite her lawyers’ insistence that the sentence was excessive. The Moscow Regional Court upheld the sentence in its ruling but said the time Griner will have to serve will be recalculated with her time in pre-trial detention being factored in, according to the Associated Press. She was taken into custody in February, so with a day in pre-trial detention equaling 1.5 days in prison, her sentence comes down to about eight years.

“We are very disappointed,” Griner’s attorneys said in a statement after the ruling, according to reports. “The verdict contains numerous defects and we hoped that the court of appeal would take them into consideration.” Griner took part in the appeal hearing through a video call from the Moscow prison where she’s being held. She has not yet been moved to a penal colony, her attorneys said.

Ajax Head Coach, Alfred Schreuder has confirmed that Sebastien Haller has resumed training with the club.

Ajax manager Alfred Schreuder confirmed former striker Haller is back training with the club, just three months after his testicular cancer diagnosis. Ahead of his side’s Champions League clash against Liverpool on Wednesday, the Ajax boss confirmed that Haller had resumed training with his former club. Schreuder explained that the striker had previously been in contact, given that the Ivorian was rehabilitating in the area. “He asked us if he could come and train because he was rehabilitating here,” Schreuder revealed in his press conference. “Then it is of course wonderful that he can be there for a while. He was able to train on a different pitch to help his recovery.”

Haller’s recovery is impressive given his diagnosis just three months ago. The 28-year-old left Amsterdam following an impressive 2021/22 season in which he scored 34 goals for Ajax, signing for Borussia Dortmund in July for a £31 million fee. However, upon feeling unwell on the club’s pre-season tour of Switzerland, tests revealed that Haller had a malignant tumor.