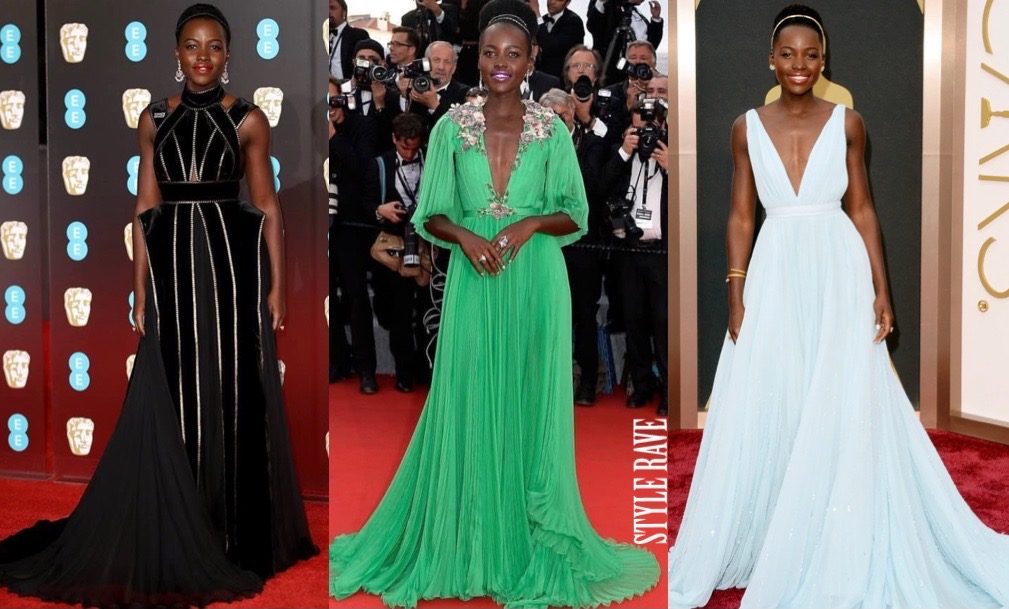 Over the years, Lupita Nyong’o has proven that she’s a superstar on both the movie and fashion scenes. The actress, who got her Hollywood breakout in 2013 through her role in the movie 12 Years A Slave, has since then become a force to be reckoned with in the industry. This 2020, we’re casting the spotlight on Lupita Nyong’o and her red carpet styles.

The devil may wear Prada but Lupita wears it better as many years after, her first Vogue cover in which she rocked a printed Prada dress, is still amazeballs.

While 2014 was the year that thrust her into the fashion limelight as she slayed one red carpet after the other during the awards show season, Lupita has indeed proven that she’s no one-hit-wonder.

Consistently landing on the most coveted best-dressed lists, Lupita’s red carpet style is something to always look forward to. From bright colors to bold prints, ensembles with cutouts in the right places to plunging necklines, she is never afraid to take mind-blowing risks. And when Lupita is expected on a red carpet, we keep a pen handy because we are forever taking style lessons from her.

When it comes to her approach to beauty, from head-swinging hairstyles to distinctive makeup, Lupita’s beauty looks have never failed at prompting us to click the save button or do a screenshot. She constantly breaks boundaries with nonconforming red carpet hairstyles – think avant-garde Afrocentric or next-level rock star looks.

For Lupita Nyong’o, it’s been years and years of consistent “slayage” as her red carpet style keeps evolving, and positively so. It’s safe to say that Lupita can’t be put in a box. Black celebrity news

This 2020, we’re looking at some of the best red carpet styles Lupita Nyong’o has served over the years…

Quarantine Humor: These Sidewalk Arts Will Crack You Up