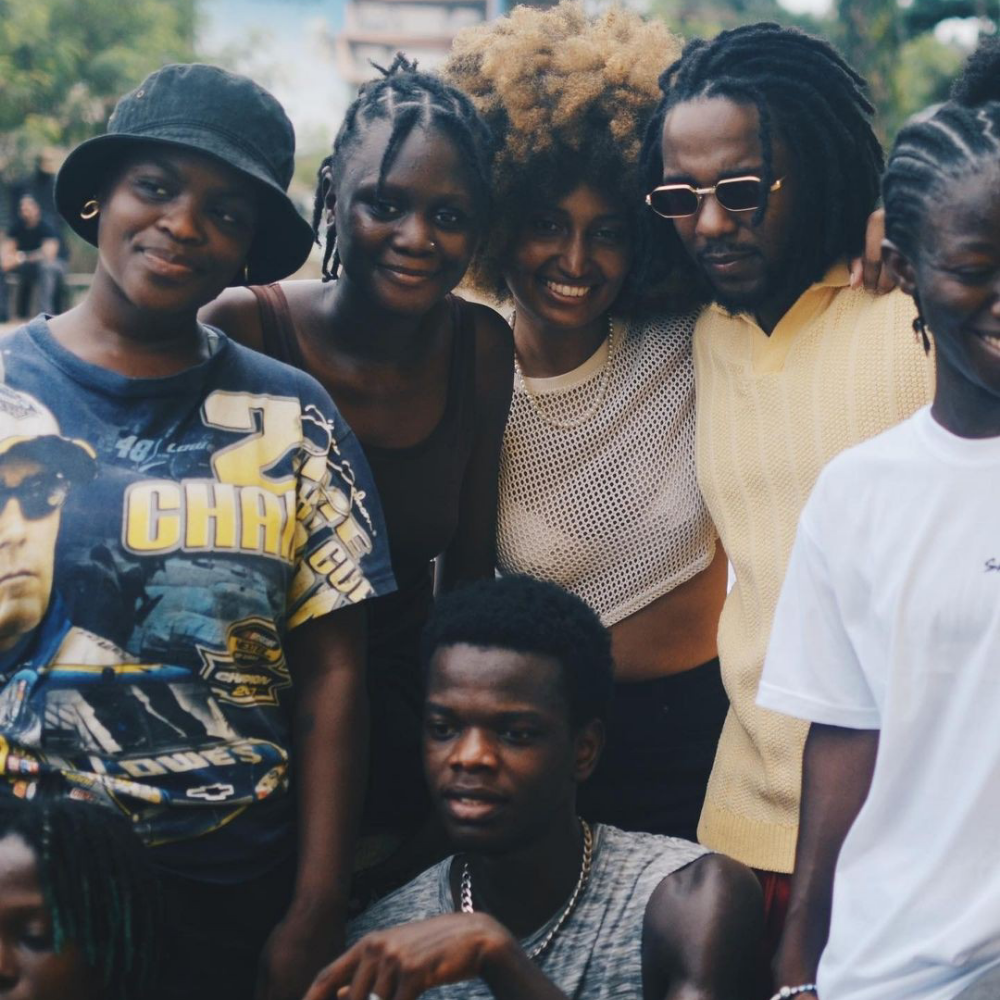 Kendrick Lamar in Ghana reportedly shooting documentary, Falz teases unreleased song with The Cavemen, Aubameyang retires from international football. Stay in the know with our Rave News Digest which summarizes five of the hottest global news you need to catch up on, saving you time and energy. Consider it your daily news fix.

Kendrick Lamar has taken the promotion for his new album, “Mr. Morale & The Big Steppers,” abroad, as the rapper was recently spotted in Accra, Ghana, where he is reportedly filming a documentary. While the documentary has yet to be confirmed by Lamar or his team, various media outlets in Ghana announced the news upon his arrival in the West African country, which occurred last week, prior to Mr. Morale & The Big Steppers‘ release. Images and videos of the rapper at various locations in Ghana began surfacing on social media as early as last Thursday, May 12.

Over the weekend, he was seen at the Virgil Abloh-funded Freedom Skate Park and was also captured playing soccer with children in Jamestown. On Saturday evening, May 14, the rapper hosted a listening party, which was attended by numerous local Ghanaian artists, including Black Sherif, Stonebwoy, Amaarae, and Smallgod. In addition, Lamar and Spotify also partnered with local Ghanaian transportation companies, which plastered song titles from Mr. Morale & The Big Steppers on multiple public transportation buses.

2. Falz shares snippet of an unreleased song featuring The Cavemen

Nigerian rapper, musician, actor, and activist, Falz, is slated to collaborate on a new single with Nigerian music duo The Cavemen. Although Falz’s song releases have halted as he focuses on honing his acting skills, a recent video snippet for his next single shared on his Instagram story shows that the star hasn’t ignored music altogether.

He revealed in the video that the song will be released on June 9th.

Bonang Matheba has joined in the outrage over the department of sports, arts, and culture’s plan to build a $1.4m 100m-high “monumental” flag. Last week the department said the government had budgeted $1m for the installation of the flag and another $400,000 for geotechnical studies. It said the flag would serve as a national landmark and tourist attraction. Minister Nathi Mthethwa justified the project and its cost on local television this week, saying it could be seen from afar and would be lit at night.

Bonang was not impressed and called on Mthethwa to be given the ax. “Fire this man. Please.” Bonang said of the minister. “You have no clue what you’re doing. Go away.”

This morning feels like ALL THE THINGS are arriving at once.
Monkeypox in the UK, Portugal & probably Spain.
Chocolates laced with Salmonella.
And oh yeah, Mozambique has found wild type #polio, its first case in 30 years. Linked to the outbreak in Malawi. pic.twitter.com/IZtK4sab5g

Mozambique has declared an outbreak of wild polio after a young child was diagnosed with the disease in the country’s north-eastern Tete province — its first case in 30 years. The World Health Organization (WHO) says doctors detected it when the child began experiencing the onset of paralysis in late March. Neighboring Malawi reported a similar case in February this year. “The detection of another case of wild poliovirus in Africa is greatly concerning, even if it’s unsurprising given the recent outbreak in Malawi. However, it shows how dangerous this virus is and how quickly it can spread,” WHO’s regional director for Africa, Dr. Matshidiso Moeti, said in a statement.

The health ministry is planning a vaccination drive aimed to reach children who are either not immunized or partially protected to boost their immunity. Wild polio remains endemic in only two countries in the world — Afghanistan and Pakistan. Sequencing done on the sample collected in Mozambique shows that the strain is similar to the one circulating in Pakistan.

Pierre-Emerick Aubameyang has announced his retirement from international football with Gabon.

Aubameyang represented his nation for over 10 years and wore the captain's armband 🇬🇦 pic.twitter.com/3akgB4Of6H

Pierre-Emerick Aubameyang has confirmed that his international career with Gabon has ended. The Barcelona striker appeared 72 times for his nation, scoring 30 goals and also serving as captain. Following an early exit from the Africa Cup of Nations at the start of the year, he has decided to focus on his club career. “After 13 years of pride in representing my country, I announce that I am ending my international career,” the 32-year-old wrote in an open letter to Gabon fans. “I would like to thank the Gabonese people and all those who have supported me in the good like the bad times.”

“I will keep a lot of good memories like the day I made my debut at romnisports, or the day I came back from Nigeria with the African Ballon d’Or.” Aubameyang’s last attempt to win silverware for his nation ended when he tested positive for COVID-19 just before the tournament and was sent home along with Mario Lemina.