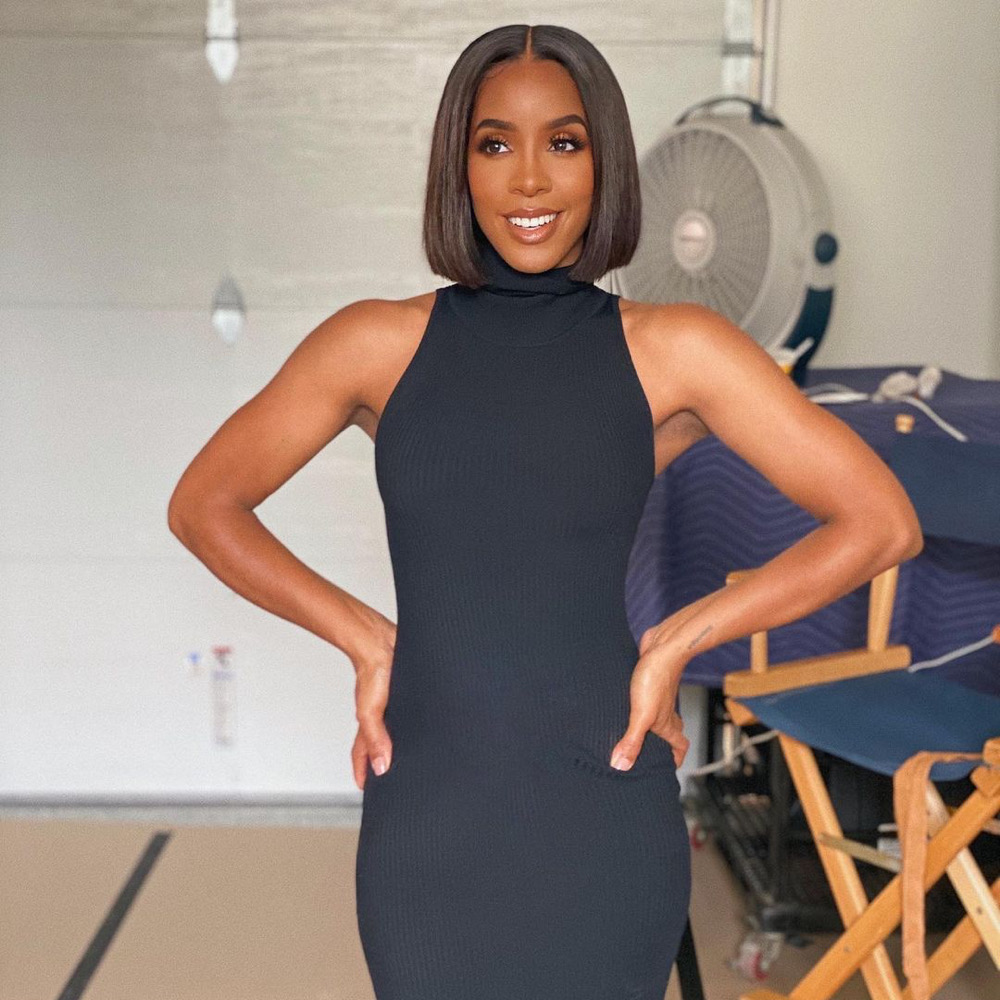 1. Kelly Rowland is pregnant with her second child

Kelly Rowland is pregnant and expecting her second child with husband Tim Weatherspoon. The couple already shares one son, Titan, who is about to turn six. Kelly Rolland, 39, revealed that she was pregnant with her second child in an interview with Women’s Health Magazine.

The magazine made the announcement on social media, sharing a stunning cover photo of her with her baby bump in full display. “Kelly Rowland is WH’s November cover star – and surprise, she’s expecting her second child!,” the brand revealed on Instagram.

“You still want to remind people that life is important,” she says of deciding to share her happy news. “And being able to have a child…I’m knocking at 40’s door in February. Taking care of myself means a lot to me.”

Kelly Rowland might also be blessing her fans with new music soon. On October 6, 2020, Nigerian superstar, Davido and his record label, DMW terminated the contract of its recording artist and rapper, Lil Frosh over allegations of domestic violence. On October 5, 2020, news emerged that the fast-rising rapper born, Sanni Goriola had been called out for allegedly beating his girlfriend, Gift Camille to a pulp with a stick.

The rapper who is signed to Davido’s record label, DMW was called out by the brother and manager of his girlfriend Gift Camille. According to Camille’s brother, Michael, Lil Frosh has been assaulting his sister for a while now. Michael shared pictures of his severely wounded sister and evidences in form of chats of Lil Frosh apologizing on several occasions after beating up Gift.

The attention of DMW was brought to the matter on social media on October 6. The following day, DMW CEO, Davido released a statement on social media letting the public know the record label has severed ties with the rapper. The Trump administration is tightening up an employment-based visa program that allows highly skilled foreign workers to come to the United States, arguing the changes are necessary following shocks to the labor market caused by the coronavirus pandemic.

The Department of Labor and Department of Homeland Security announced Tuesday that they will release regulations targeting H-1B visas intended for highly skilled workers — an employment-based visa used in part by large tech companies to bring in workers. It’s the second time this year that such visas have taken a hit. Over the summer, President Donald Trump signed a proclamation placing limits on H-1B visas, among others, through the end of the year.

4. Cassper Nyovest reveals he had COVID-19 during the early days. Kelly Rowland pregnant.

South African rapper Cassper Nyovest opened up about his coronavirus journey and confirmed that his boxing match with AKA will take place. Appearing on “The Ebro Show”, the “Friday Night” hitmaker spoke about contracting COVID-19 during the early days of the pandemic.

“At the peak of my fitness, I contracted COVID-19 in a meeting. The weirdest thing is everybody was social distancing and everything that we’re told to do. And if I wasn’t called by the person who tested positive, I wouldn’t have known. ”

He goes on to say he thought it was because of his hectic training schedule that he had a headache and he only really started to show symptoms on day seven. Darden also asked him if the ongoing beef between him and AKA could be ironed out.

“It’s deep man. That guy swear at my mom. I don’t know man, life is unpredictable … But me and him are having a boxing fight soon. That might hash things out. I’ve got a lot of anger and issues that I feel I need to settle as a man,” Cassper said.

Arsenal midfielder Mesut Ozil has offered to pay the salary of Jerry Quy, the man who plays the role of club mascot Gunnersaurus. On Monday it was revealed that Quy, who has been part of the matchday experience at Arsenal for 27 years, was one of 55 redundancies.

“I was so sad that Jerry Quy, aka our famous and loyal mascot Gunnersaurus and integral part of our club, was being made redundant after 27 years,” said the 31-year-old German in a post on Twitter. “As such, I’m offering to reimburse Arsenal with the full salary of our big green guy as long as I will be an Arsenal player so Jerry can continue his job that he loves so much.”

Arsenal said they had to make staff redundant because of the financial impact of the coronavirus pandemic.