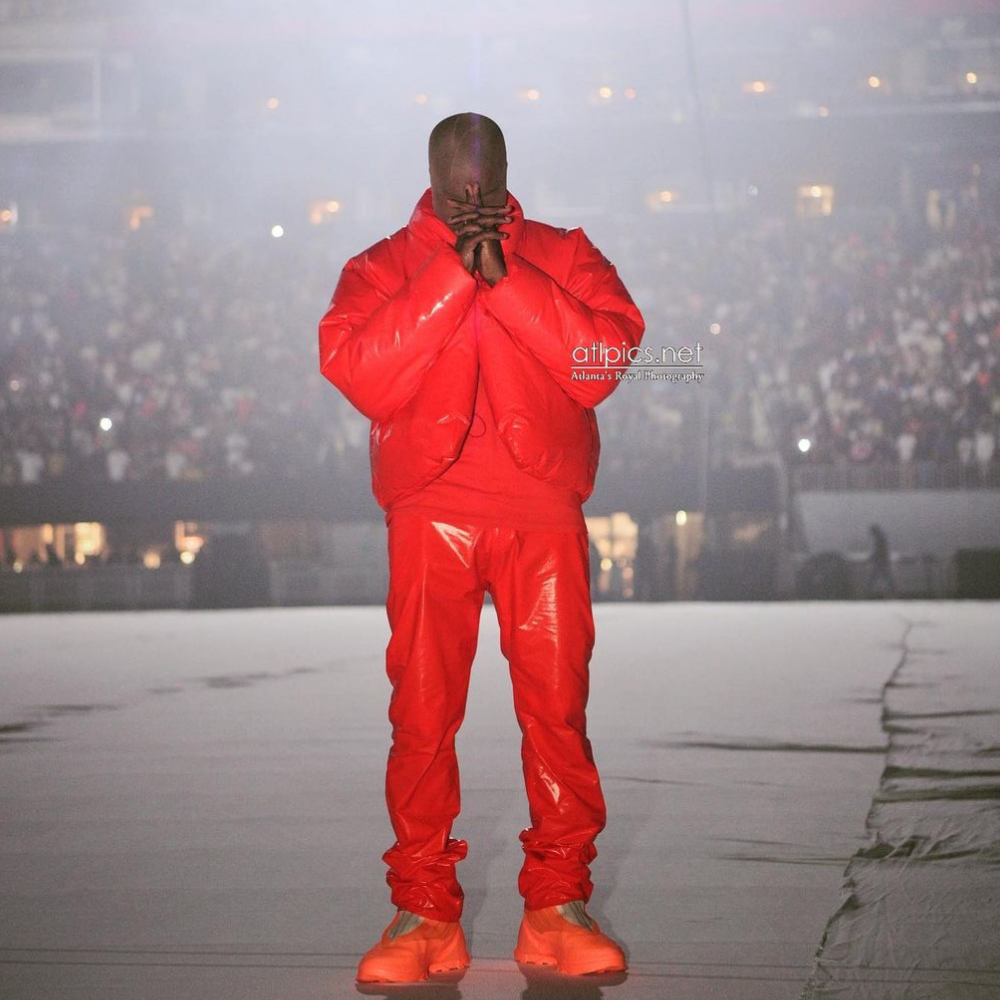 Kanye West moves into stadium, Kemi Adetiba and Netflix make King of Boys 2 announcement, Ole Gunnar signs new Man United deal. Stay in the know with our Rave News Digest which summarizes five of the hottest global news you need to catch up on, saving you time and energy. Consider it your daily news fix.

Kanye West has moved into the Mercedes Benz Stadium in Atlanta, while he puts the finishing touches to his new album “Donda.” The 44-year-old rapper recently held the listening party for the album in the stadium, and has reportedly moved into the building as he finds it “inspiring.”

He was also spotted at the Atlanta United soccer game at the stadium over the weekend, wearing the same red outfit he wore for his listening party.

Kemi Adetiba and Netflix have finally made the announcement on the anticipated sequel of Adetiba’s 2018 blockbuster film, “King of Boys.” The announcement spots some exciting new twists, one of which is the sequel will be released as a seven-part limited series titled “King of Boys: The Return of the King.” This will make it the first Netflix Nigeria original series to be released.

New cast additions will include Nse Ikpe-Etim, Richard Mofe-Damijo, Charly Boy, Deyemi Okanlawon, and Efa Iwara. The series is set to premiere on August 27, 2021 on Netflix.

Rapper Cassper Nyovest has changed his mind about completely keeping his son Khotso from the socials and recently shared a cute Instagram reel featuring his lil man for the first time.

Although he was bent on keeping his son away from the socials, just as he has done successfully with his relationship with the boy’s mother, Thobeka. However, Nyovest has accepted that it will be impossible to keep all that cuteness to himself. Taking to his Instagram this week, the rapper-turned-amapiano artist shared a reel of few moment spent with his son which he captioned, “You give me joy.”

4. Covid-19: Ghana to receive over 18 million vaccines in third-quarter

Ghana’s president, Akufo-Addo says government is procuring some 18,478,670 vaccines through the COVAX facility, African Medicine Supply Platform, and other bodies in the fight against the Covid-19 pandemic. Addressing the nation on Sunday, July 25, the President noted that these vaccines will arrive in the country in the third quarter of the year.

Manchester United manager Ole Gunnar Solskjaer has signed a new deal with the club until 2024, with an option for a further year. The Norwegian, 48, took over permanently in March 2019, having been put in interim charge when Jose Mourinho departed three months earlier.

He led United to second place in the Premier League last season and the Europa League final, which they lost. Solskjaer said he was “delighted” at signing the new contract. The news of Solskjaer’s new deal follows the confirmation of the club signing England winger Jadon Sancho for £73m from Borussia Dortmund.