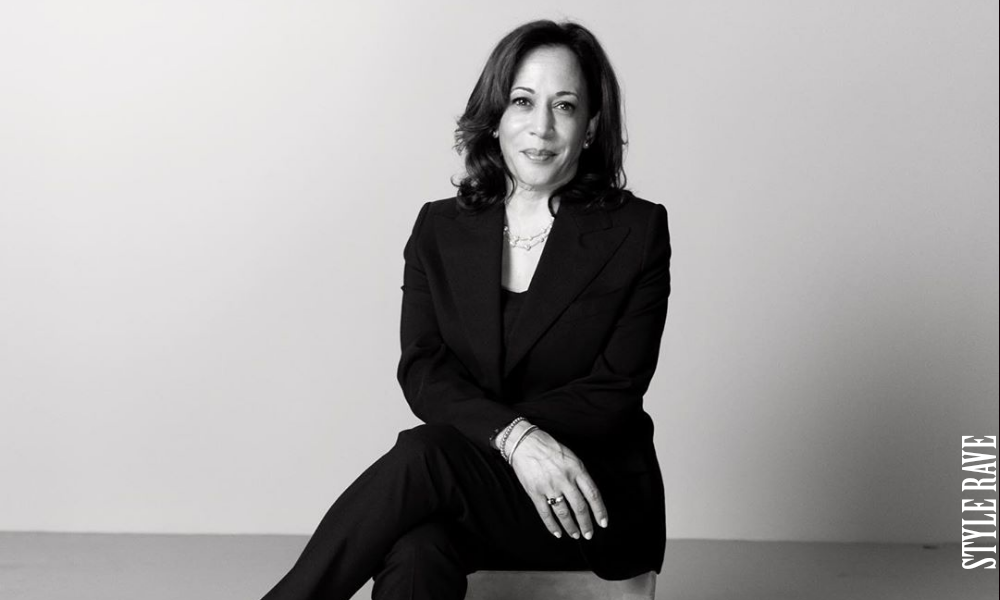 This has been celebrated as a win by African-Americans as well as other POC minorities in the country. This is a historic night! Senator Kamala Harris will address the country as our first Black and Asian-American woman Vice-Presidential candidate. The California Senator, Kamala Harris is the First Woman of Color to contest the position in a leading political party.

Biden and Harris make first appearance as running mates⁣⁣ ⁣⁣ Democratic presidential candidate Joe Biden and Kamala Harris, his pick for vice president, have campaigned together for the first time.⁣⁣ ⁣⁣ In their speeches in Wilmington, Delaware, the former primary rivals criticized President Donald Trump for his handling of the COVID-19 pandemic.⁣⁣ ⁣⁣ Due to the virus, the pair decided to speak in a mostly empty high school gym instead of appearing before a crowd.⁣⁣ ⁣⁣ Biden had announced Harris as his chosen running mate on Tuesday. Her selection is historic, as she is the first Black woman and the first woman of Indian descent to be nominated for national office by a major political party.⁣ ⁣ Picture: Olivier Douliery/AFP

Having served as Attorney General of California before becoming a Senator, her credentials are as rich as her ethnic background.

Here’s all you need to know about Senator Kamala Harris, from family to work in politics…

Kamala Harris was born Kamala Devi Harris in 1964 to immigrant parents in Oakland California. Her father, Donald J. Harris is a Jamaican-American Professor of Economics at Stanford University. He emigrated to the US from the UK in 1963 to earn a Ph.D. from the University of California, Berkeley.

During this time he met and married her mother, the late Shyamala Gopalan, a South Asian who emigrated from India and was also a Ph.D. student at the same university. Shyamala earned a Ph.D. in Nutrition and Endocrinology and was an avid cancer researcher and civil rights activist.

Kamala was born to these two minorities who at the time were strong civil rights activists. She was raised on a modest property in Berkeley along with her sister, Maya Harris who was born just three years after her. Maya is a Lawyer, Public policy advocate, and Political Analyst at MSNBC.

In 2016, Maya worked on Hillary Clinton’s campaign team as a senior policy advisor. Just last year, she also served as Campaign Chairwoman on her sister, Kamala Harris’ campaign for president until the suspension.

Kamala Harris‘ husband, Douglass Emhoff, is an entertainment lawyer and is set to become the first-second gentleman of the United States. Her Step-Children, Cole and Emma Emhoff are from her husband’s first marriage to Film producer, Kerstin Emhoff.  Kamala Harris family, kids, father, ethnic background and more.

Happy first day of school, @howard1867! To the new Bison: Capture this moment. Hold it in your heart. Generations have been challenged here — and provided with the tools to succeed. Your Howard family will be with you every step of the way. Good luck!

While at Howard University, Kamala interned for California senator, Alan Cranston before she went on to law school at the University of California’s Hastings College of Law. This internship would end up being a foundation for her now a prosperous political career.

In 1990, Kamala was appointed as the deputy district attorney in Alameda County, California. Four years after this, she was appointed to serve on the State Unemployment Insurance Appeals Board, and later the California Medical Assistance Commission, she took a leave of absence from her duty as a deputy DA to attend to these appointments.

Kamala’s rise has indeed been in fours as in 1998, she was appointed assistant District attorney. In 2003, she contested for District Attorney in San Francisco which she won in 2004 making her California’s first-ever American District Attorney of color.
She was a district attorney for seven years during which time, the felony conviction rate rose steadily from 50% to 74% in 2006. By 2007, she ran again for the same office, this time unopposed.

#5. Policies as a District Attorney

As a district attorney, she created a number of policies that changed the face of prosecution and the rate of crime in San Francisco. 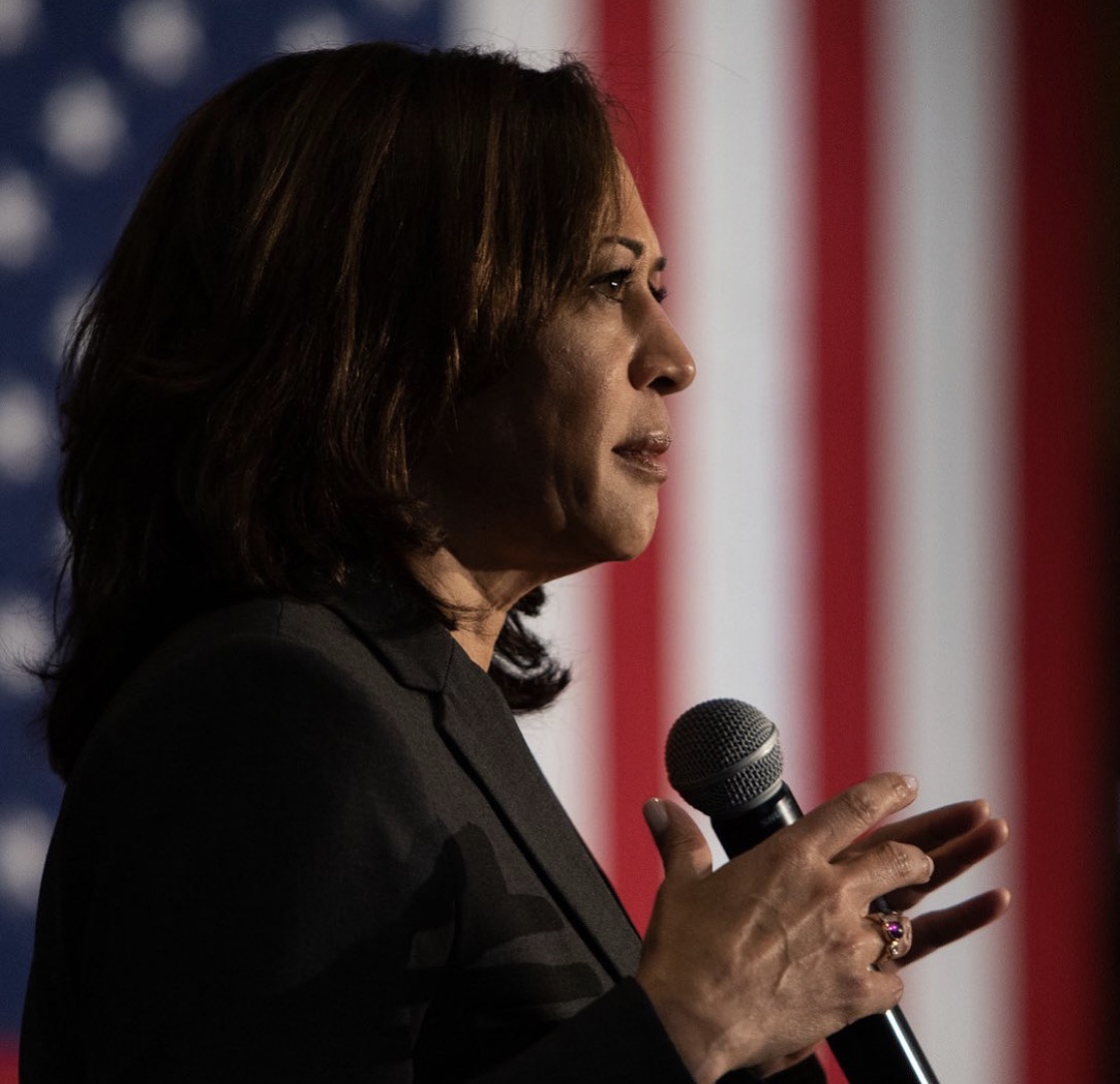 Back on Track Initiative

One of the most famous policies was her Back on Track initiative that ensured non-violent offenders would plead guilty in exchange for a deferred sentence and regularly appearing before a judge for 12-18 months.
Requirements during this period included completion of up to 220 hours of community service, a high-school-equivalency diploma, steady employment, parenting classes, and passing drug tests.

At the end of this duration or what is called graduation, the court will dismiss the case and clear the felony from the offender’s records. The initiative was so successful that the Department of Justice commenced its use and it was adapted as a model by the National District Attorneys Association for use in other states.

#6. Rise to Attorney General of California 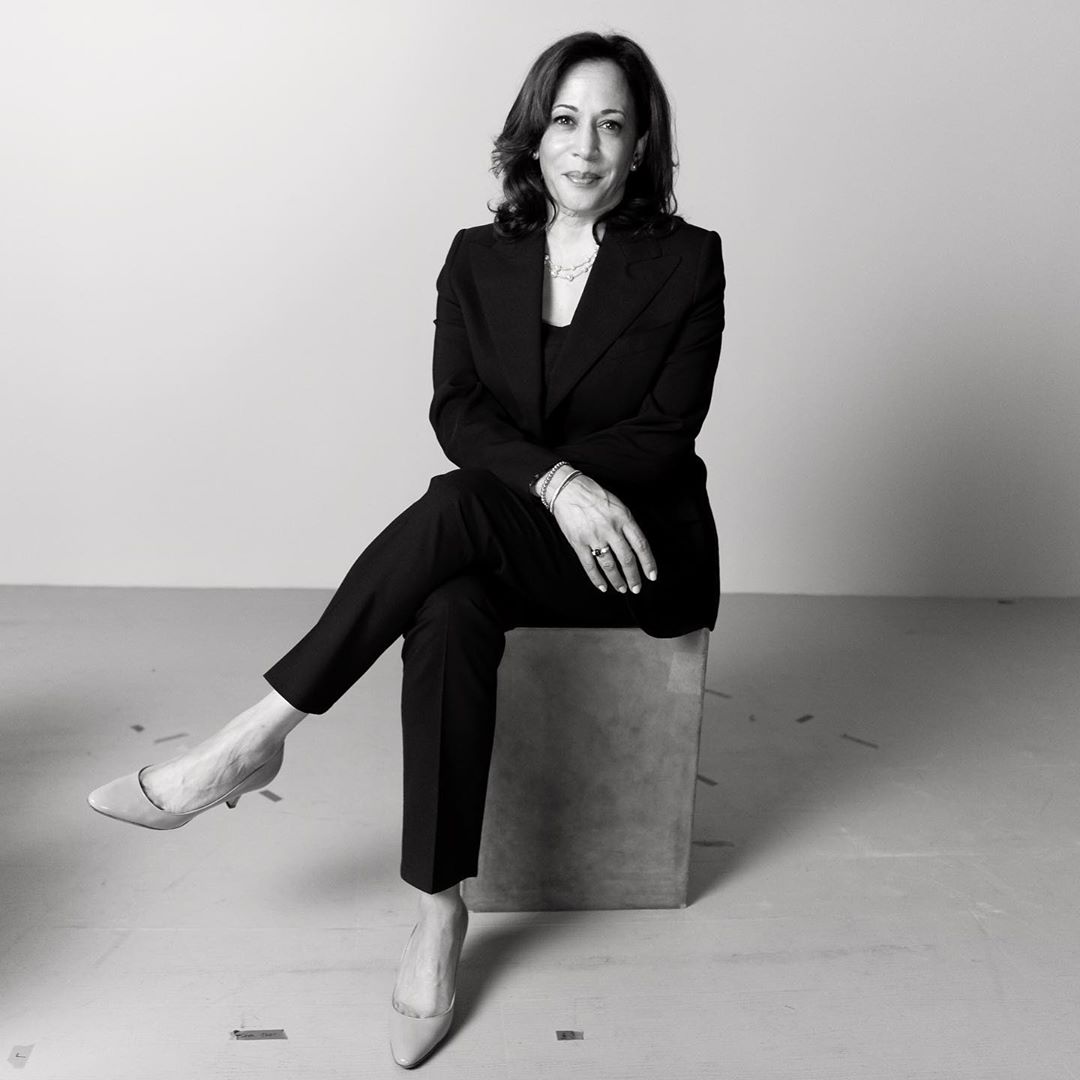 Kamala announced running for district attorney in 2010, she was endorsed by leading women such as Senators Dianne Feinstein and Barbara Boxer and House Speaker, Nancy Pelosi. She won the elections, yet again being the first African-American, Asian-American, and the first woman to serve as Attorney General of California. She served for 6 years.

#6. On being both top cop and prosecutor and her work with Police

Kamala Harris over the years from a deputy district attorney to Attorney general had proudly labeled herself both a “top cop” and a “progressive prosecutor”.

However, observations report her to have been hanging rather awkwardly in the middle of these positions. In 2004, when Isaac Espinoza, a police officer was murdered by gang members, his fellow officers had called for the death penalty for the perpetrators. However, Kamala opposed the death penalty during her campaign for the position of the district attorney, this among other reasons caused her to lose favor with the police force.

Later on as attorney general, her refusal to endorse bill AB-86 – a bill that would require her office to appoint special prosecutors to examine deadly police shootings. Shootings were on the rise at the time in the state of California. Amidst rallies and protests against police brutality, Kamala Harris’ refusal to endorse this bill was telling and a huge disappointment to the people. 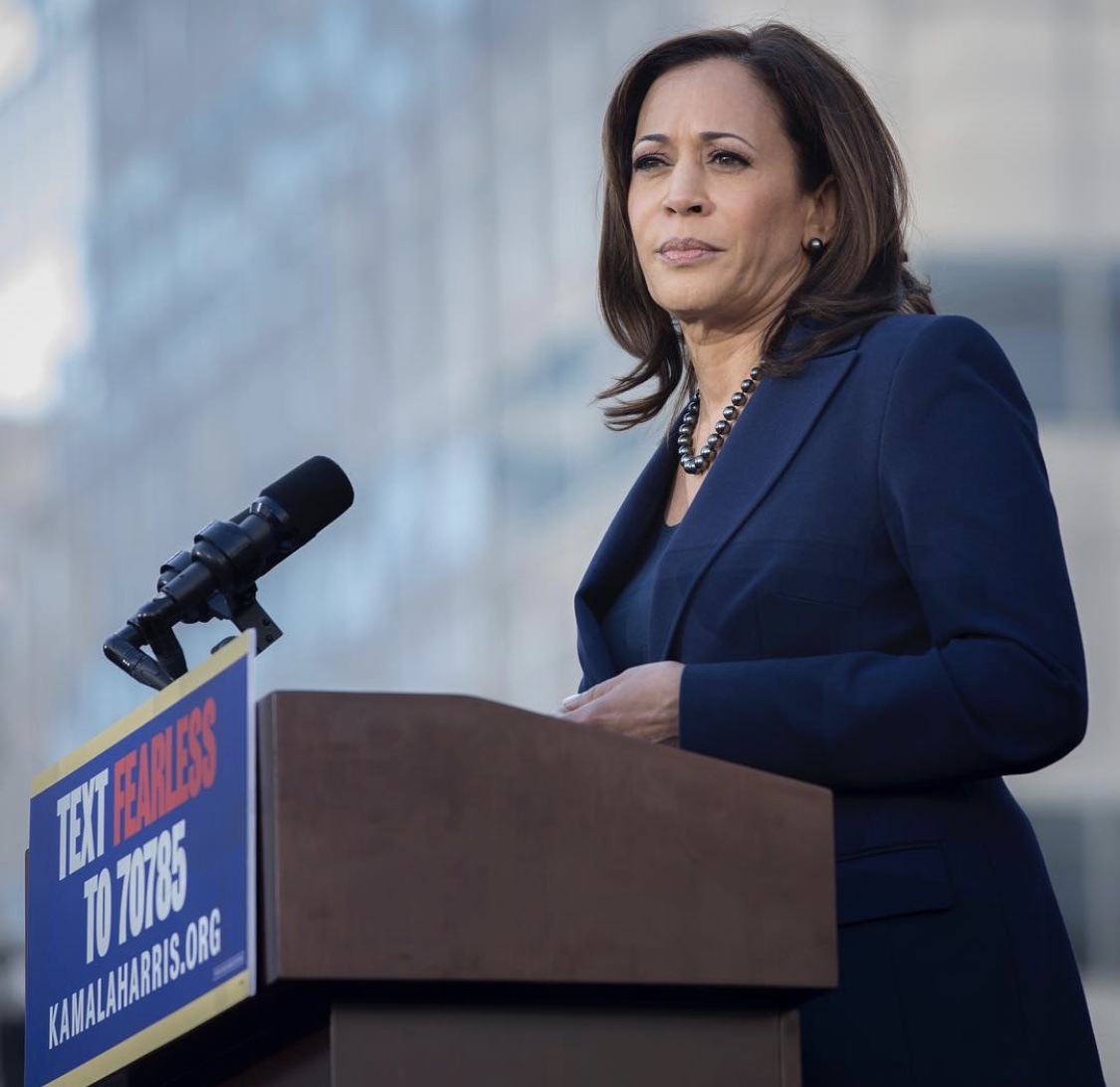 Kamala was elected a senator in 2016 and in line with her campaign promises she has been very vocal as concerns issues like sexual harassment, sexist behavior, racial injustice and most famously her criticism of the current president, Donald Trump’s policies against immigration of predominantly Muslim countries and the separation of families especially of children at the border.

This President is an unindicted co-conspirator in a felony criminal investigation and should not have the ability to appoint someone to a lifetime position on the Supreme Court. Kavanaugh's hearing should be delayed until the investigation is resolved.

In the Donald Trump Impeachment trial, Senator Kamala Harris started off with this very memorable quote, indicating that she stands strongly behind the rule of law despite partisan politics, “We now face a choice: will we insist that we have one system of justice that applies equally to all? Or will we continue to have two systems of justice, in which some are above the law?”

In 2019, she announced her intention to run for President of the United States under the Democratic Party. A campaign that was chaired by her sister, Maya Harris but was later suspended at the end of the year with her putting her full support behind her current running mate, Joe Biden.

Through this journey, Kamala Harris has not had the easiest run. Being a woman from predominantly two minorities she has walked into every space where people of color like her have been barred and have owned it with boldness.

Tomorrow is going to be a historic day on Capitol Hill, with over 100 women being sworn in to the 116th Congress — a new record. The future is bright. 📷: @martinschoeller

This is indeed an inspiration for women of color and minorities, in general, all over the United States who desire a change and inclusion deep into systems that were created to keep them out. To answer her late mother’s question, “So what are you going to about it?” Kamala continues to do her bit in big ways.

For the latest in fashion, lifestyle and culture, follow us on Instagram @StyleRave_ Kamala Harris family, kids, father, ethnic background and more.