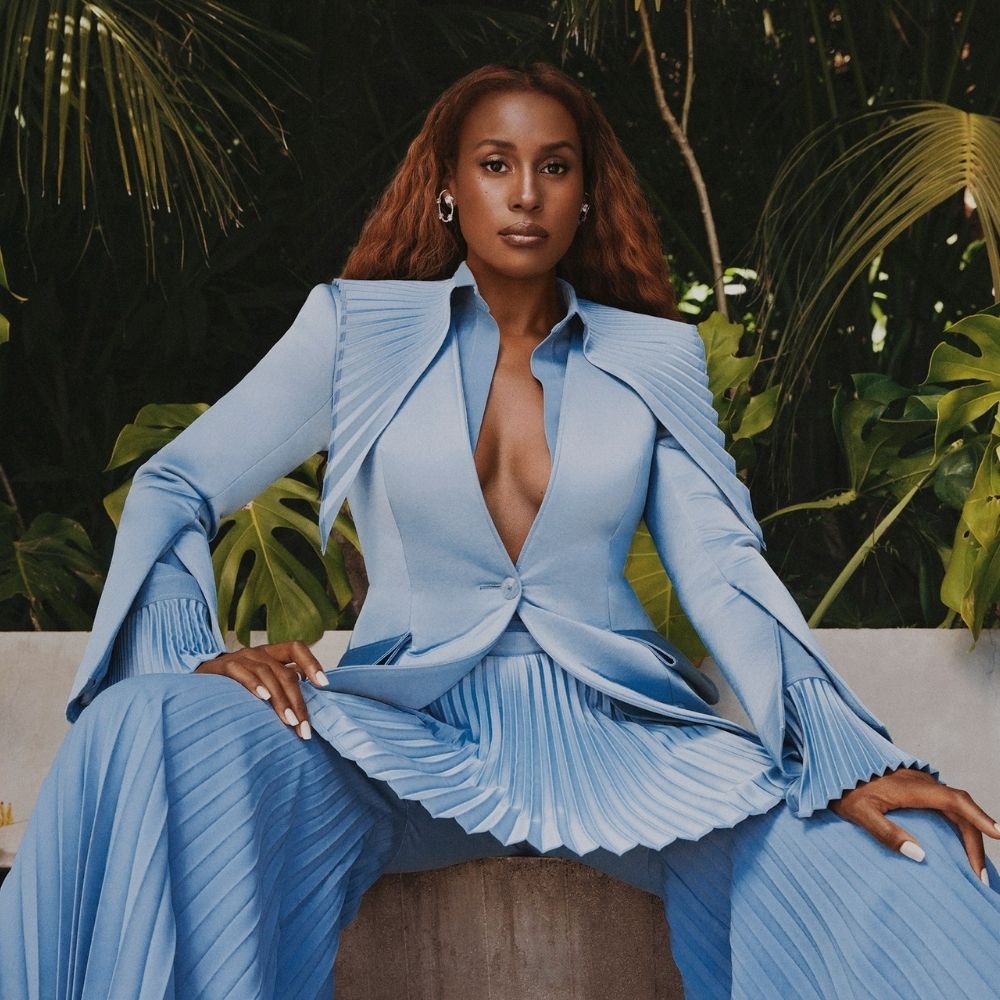 Issa Rae, shot by Adrienne Raquel is the star of Vanity Fair’s June 2021 issue. Inside, the 36-year-old talks with Yohana Desta about the end of Insecure, what comes next: a revival of Project Greenlight, a docuseries titled Sweet Life, a film called Perfect Strangers, plus various producing projects; and more.

Issa Rae will be reviving and reinventing Project Greenlight for the streaming service, which comes more than five years after the original HBO docuseries, starring Ben Affleck and Matt Damon, was plagued by a diversity scandal. multi-hyphenate’s version will focus on “the next generation of talented female filmmakers who are given the chance to direct a feature film,” all of whom will benefit from her mentorship.

For the cover shoot, she was styled by top stylist Shiona Turini. Her honey brown wavy hairstyle was styled by celebrity hairstylist Felicia Leatherwood, while her dark lips, nude glam look was done by Joanna Simkin. Eri Ishizu held down the nails department.

#1. Her relationship with actress and model, Lauren London

Issa revealed that after Lauren took offense to comments she had made about her in both interviews and her memoir, the pair eventually made peace. She said that it was thanks to Nipsey Hussle, Lauren’s late partner, that the two rekindled their friendship after he encouraged Issa to reach out to Lauren.

In 2011, Rae made her web series, The Misadventures of Awkward Black Girl. In interviews at the time, and in her memoir, Issa explained that TV executives had suggested that instead of starring in her own show, Rae should cast a light-skinned Black woman, such as Lauren London, who Issa described as “Actress/video girl/Lil Wayne’s baby’s mother.”

#2. The end of the hilarious and groundbreaking Insecure

When it premiered in 2016, Insecure was the first HBO comedy to be created by and star a Black woman. And it’s racked up some major fan love since then, something which Rae admits to Vanity Fair she’s taking into consideration as they currently shoot the fifth and final season.

And for those wishing she’d keep it going, Rae says five seasons was always the plan: “I pretty much go with my gut, and this is what my gut’s been telling me forever.” She adds that the final three episodes will feel like “a cohesive triptych;” though it’s been tough filming during COVID, which has led to shooting episodes out of order, reducing everyone’s hours, and factoring in quarantining time for everyone.

Project Greenlight was the lovechild of best-friends Matt Damon and Ben Affleck and aired for two seasons on HBO from 2001 to 2003 before moving to Bravo for a third season in 2005. It returned to HBO for a fourth season in 2015 and was canceled the following year. Its objective, however, has always been to provide money and creative support to young, aspiring filmmakers.

The Issa-helmed reboot doesn’t involve Damon or Affleck and will focus on the next generation of female filmmakers who are given the chance to direct a feature film. Issa Rae tells Vanity Fair, she’s excited about this version of the show making filmmaking feel more accessible. The film finished through the docuseries will then premiere on HBO Max.

Read the rest of the article on Vanity Fair here.