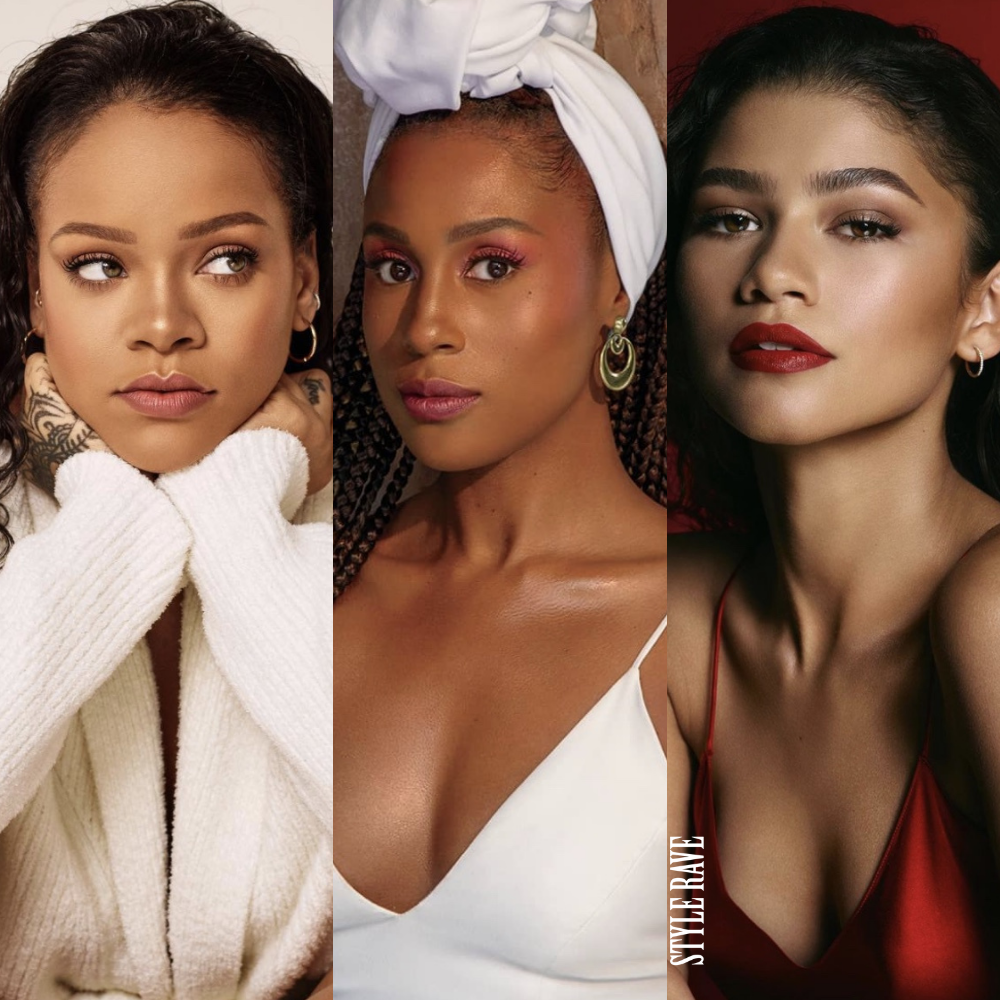 A fashion enthusiast with a hunger for storytelling and a…

It goes without saying that black excellence has come through in many ways than one amidst the uncertainty of this year. Somehow, some of the black leading ladies in Hollywood and the entertainment industry at large have continuously shown up and showed out!

From their fashion statements and beauty looks to their incredible talents and impact, these women are on a hot streak. Not only have they been killing it in their different industries ranging from music to film and fashion, but they’ve also managed to make absolutely inspiring moves.

Whether it’s their activism and passion for making the world a better place or their ability to tell stories and change the narratives surrounding women, these ones, among many other inspiring black women in America, are worthy of all the accolades they’ve been getting.

Setting the bar for multi-preneurs everywhere, Robyn Rihanna Fenty has proven that she is much more than a singer and songwriter. The 32-year-old has become a beauty powerhouse since the launch of her cosmetic company Fenty Beauty in 2017.

Also adding fashion and skin aesthetics to the list of industries under her belt, the Barbadian mogul continues to break boundaries. She introduced her lingerie brand Savage X Fenty in 2018 and her skincare division “Fenty Skin” in July 2020.

Having inclusion as the main theme behind her creative ventures, Rihanna shows that limits don’t exist when it comes to the needs of people. For instance, the recent Savage X Fenty volume 2 lingerie presentation showcased this with models of different sizes, shapes, and colors. The eclectic show celebrated the messages of unconventionality, art, and diversity in the fiercest ways possible!

Here’s a peek in case you missed it…

A post shared by SAVAGE X FENTY BY RIHANNA (@savagexfenty)

With over 85 million followers on Instagram, the superstar never shies away from speaking up on issues concerning the black community. Highlighting this with the brutal killing of George Floyd earlier this year, she was one of the first celebrities to speak up on wanting justice to be served. Similarly showing concern for current social matters, Rihanna’s non-profit organization, The Clara Lionel Foundation, on her behalf, donated $5 million to help with some coronavirus relief efforts.

By being empathic, unapologetic, and passionate about making the world a better place in her different fields, Rihanna is an undeniable force to be reckoned with.

From an awkward black girl to a creative vanguard, Issa Rae continues to take over Hollywood by storm. The 35-year-old Senegalese-American actress, writer, and producer’s rise to fame came after recognizing her YouTube web series “Awkward Black Girl” in 2011.  Stealing our hearts further with her 2016 HBO brainchild series Insecure, Issa’s effect on the TV and film industry can only be described as black girl magic!

Most importantly, her presence off-screen and her popularity among millennials speaks of positive influence as she uses her social platforms for activism and awareness. Proving this, Issa was one of Time Magazine’s 100 Most Influential People of 2018, and evidently communicating this, her efforts following the police shooting of Alton Sterling was gripping. She raised a whopping sum of $700,000 for the Sterling Family Trust to help his children attend college.

Even more exhilarating, Issa’s vision for black creators remains positive and promising, as she hinted in a recent interview with Bustle. When asked about her stance as a leader on the cultural movement surrounding creatives, she simply said, “I love to be around diverse people. I love us, but I also like to see us work. I love to see us get opportunities, and I love to see what we do with those opportunities.”

Embodying the word phenomenal in her various career paths, Gabrielle Union-Wade is an effortless boundary breaker. The 47-year-old actress, activist, and author has her creative origin dating back to the 2000 teen cheerleading comedy film Bring It On! She is what you’d call a Jill of all trades, as she wears a lot of hats––from supportive basketball wife and mother to author and entrepreneur.

Creating such dynamic roles for herself outside acting, Gabrielle’s feminist sense is one that she puts into her actions. She has shared her personal life experiences with other women and mothers of color through her books. One titled We’re Going to Need More Wine in 2017, and another, a children’s book called Welcome to the Party–– release in May this year. Showing even more support for women in today’s climate, the star actress is an outspoken advocate for matters concerning women’s health and gender-based violence.

Talking about her passionate ventures and experience as a Black woman in Hollywood, Gabrielle was recently featured in Mari Claire’s October cover issue. In the editorial discussion, she spoke on her racially slurred experience on America’s Got Talent and the injustice that goes on in the country.

As we stand in awe of her tenacity, we can’t wait to see the many more amazing things in store for her!

Take a look at the powerful feature in Marie Claire…

We like to think of the uber-talented Zendaya as an exquisite love letter to Hollywood in this generation. As a 24-year-old actress and singer, she has been able to soar above conventional expectations. Starting with a role on Disney Channel’s Shake It Up as Rocky, Zendaya’s rise to fame took an empowering turn as she grew right under the spotlight. From supporting parts in the 2017 musical drama The Greatest Showman to the 2017 superhero film Spider-Man: Homecoming and its 2019 sequel, she’s been on a steady roll.

Her latest performance in the HBO drama series Euphoria earned her the honor of being the youngest winner of the Primetime Emmy Award for Outstanding Lead Actress in a Drama Series.

The American trailblazer is also very vocal on social issues and stays committed to educating the public as much as she can. Illustrating this, Zendaya lent her Instagram account to one of the Black Lives Matter founders Patrisse Cullors-Brignac, following the recent shooting of Breonna Taylor in March. By opening her platform up to such enlightenment, it’s obvious that the superstar is more than conscious of pressing affairs.

Doubling up as a fashion enthusiast, Zendaya’s style game is always on point! She was ranked one of the best-dressed women in 2018 by Net-a-Porter and has designed collections with Tommy Hilfiger. She was honored with the Visionary Award at the Green Carpet Fashion Awards this October.

It’s safe to say Zendaya is taking the world by storm, and we’re here for it!

Check out her garb for the virtual event…

Melissa Viviane Jefferson, popularly known as Lizzo, is an all-around creative virtuoso. The 32-year-old singer, rapper, songwriter, and flutist has been able to redefine the orthodox standard of beauty and fame. Championing the cause of body positivity and self-love, her mainstream success came after her third album solo, Cuz I Love You in 2019, peaked in the top five on the US Billboard 200. Since then, she’s been able to convince listeners that there’s more to a person than the stereotypical ideals placed on them.

Gaining recognition for the impeccable work she’s doing in the music industry, Lizzo is the recipient of many prestigious awards. They include the Grammy and Queerty awards, the NAACP Image Awards, Soul Train Music Awards, and BET Awards. While she is definitely on top of her music game, her ability to remain socially aware and conscious is just as remarkable.

In a recent interview with Vogue magazine, as she graced its October issue cover, Lizzo spoke up on politics, being black in America, and body positivity. On discussing the idea of inclusivity and body perception, she expressed how mainstream media affects the construction of the two. She also made a personal note, saying, “I would like to be body-normative. I want to normalize my body. And not just be like, ‘Ooh, look at this cool movement. Being fat is body positive.’ No, being fat is normal. I think now; I owe it to the people who started this to not just stop here. We have to make people uncomfortable again so that we can continue to change.”

Lizzo is veritably on a revolutionary ride to acceptance in versatile ways, and we are definitely happy to tag along!

A fashion enthusiast with a hunger for storytelling and a fierce Anna Wintour in the making. At Style Rave, we aim to inspire our readers by providing engaging content to not just entertain but to inform and empower you as you ASPIRE to become more stylish, live smarter and be healthier. Follow us on Instagram @StyleRave_ ♥