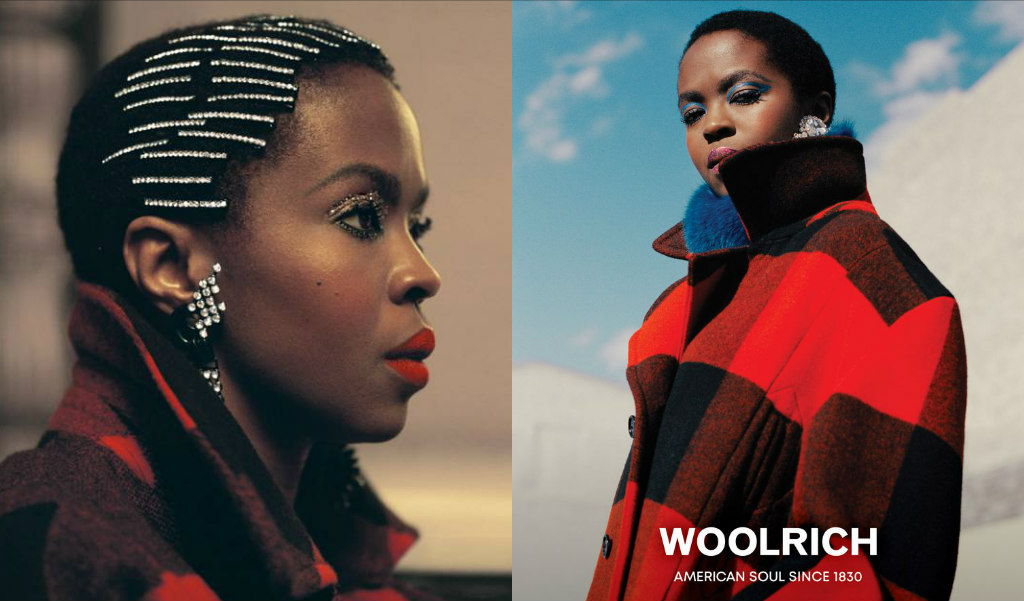 If you remember when Lauryn Hill released her solo debut album ‘The Miseducation of Lauryn Hill,’ then you are not as young as you think you are because it has been almost 20 years already. Who would have thought it’s been that long already? Well, just in time for the 20th anniversary  of her debut album, the legendary rapper and soul singer stars in Woolrich’s FW18 Campaign, a first in her lengthy career.

Also to celebrate this 20th anniversary, the legendary rapper and soul singer will tour the UK and other parts of Europe after she is done with her American tour, starting this  September or thereabout as several shows are already being cancelled. But we digress. The campaign which was tagged ‘Woolrich: American Soul Since 1830’ shines a spotlight on “artists whose creative ingenuity is at the very heart of American culture.” The campaign shows Lauryn on the streets of Harlem, where she shot the video for her 1998 single ‘Doo Wop’. For the campaign, Lauryn was not just a star, she also co-created an exclusive capsule collection that features Woolrich’s classic outerwear styles reworked into Lauryn Hill-approved designs. According to Andrea Canè, creative director of Woolrich,

“The opportunity to work with Ms Hill was the perfect start to our ongoing ‘American Soul’ project, highlighting Woolrich’s American heritage. We wanted Ms Hill to bring her unique artistic eye to the product and DNA of the brand so we invited her to put her own spin on these classic Woolrich styles, reflecting her interpretation of ‘American Soul’.” For the campaign’s video shot by Jack Davidson, Lauryn Hill was seen walking to the famed Apollo Theater where she performs a live rendition of her single ‘Ex-Factor’ while wearing the Arctic Parka (with a black and white portrait of herself printed on the back) and the Silverton Coat featuring Woolrich’s trademark buffalo check.