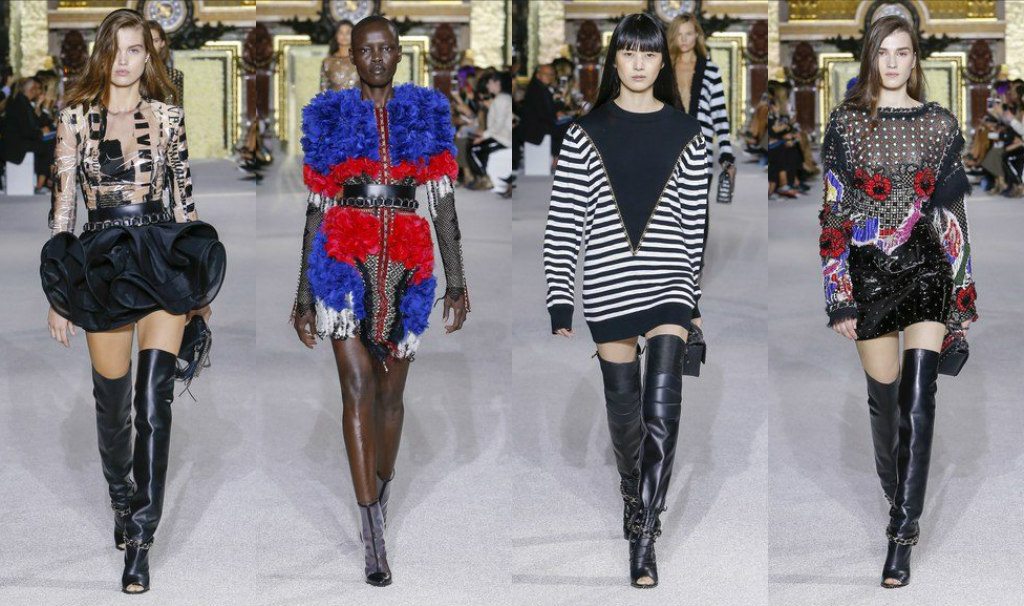 GABRIELLE UNION: 44 And Flaunting Body Goals Despite Her Infertility Struggles

Olivier Rousteing  Balmain’s SS18 women RTW collection was all about reliving one of his best childhood memories. He took out the Palais Garnier which houses the opera he visited 22 years ago as a 10-year-old boy back when he dreamt of becoming a designer and now he is the belle of the Paris Fashion Week ball reaffirming the statement “Dreams do come true”.

The collection was all about conveying a positive motivational message. The designer speaking backstage, in his own words said:

“I am talking to the Olivier I was, telling him that he had a lot of dreams and today I achieved what he was dreaming. For the sense of freedom, I feel today I went through many things- judgement, criticism, being controversial. But today is about freedom, of feeling really French, part of Paris, Parisian-yet not losing the first emotion that I had when I arrived at the Opera”.

He went on further to talk about being an adopted child, his fear of rejection and how the show was dedicated to his parents who adopted, raised and loved him.

“It’s a big thank you to the family that taught me values, love, freedom and that’s the message I am giving now”, He said.

For the 32-year old designer performing in a building that first fired his desire to design was simply gratifying as he gave a rare glimpse into his internal thoughts, opening up about his childhood, he explained the artistic vision behind this collection. He didn’t completely stray away from what he is best known for as he gave a full-on glamour performance (which would be best described as an unforgettable night at the opera). The collection was still bright, brash and bold with a lot of sparkles. It featured a lot of vinyl, ball embellishment, patent leather, crystals, sequins, beading, metallic chains straps, monochrome stripes, and tassels.

The show opened with a pair of dungarees modelled by Natalie Vodianova who stepped on the runway clad in a pair of shiny black patent leather with metallic chain straps. Over half of show played out in black and white with a lot of pieces in monochrome stripes while the other half featured an addition of bright blue and red. The finale was headed by Olivier himself with his models behind him.

GABRIELLE UNION: 44 And Flaunting Body Goals Despite Her Infertility Struggles