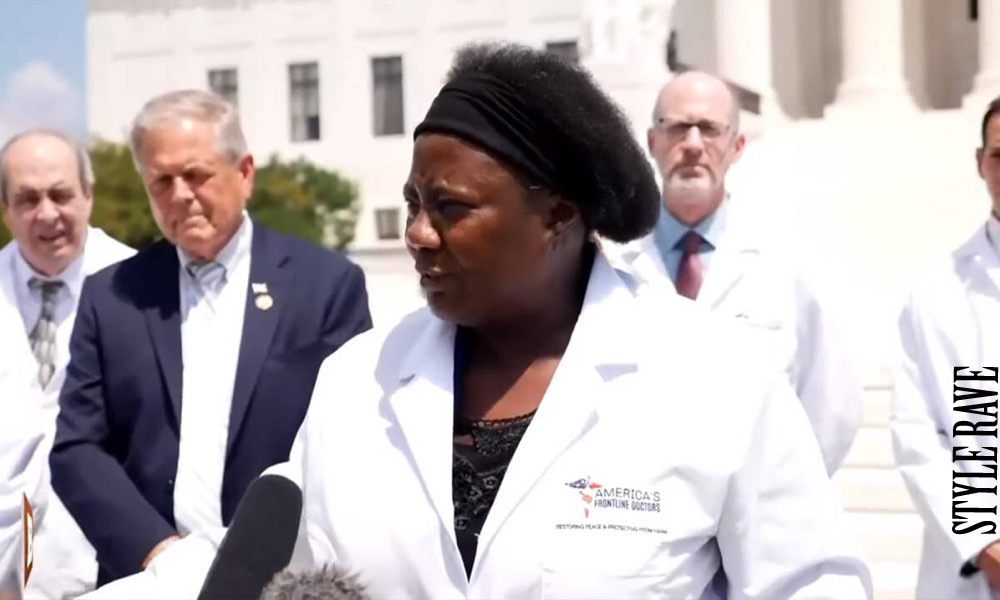 Nigerian Doctor Stella Immanuel advocates COVID-19 treatment in the US, the Chainsmokers under investigation by New York government, Real Madrid striker tests positive for coronavirus. Stay in the know with our Rave News Digest which summarizes five of the hottest global news you need to catch up on, saving you time and energy. Consider it your daily news fix. Dr Stella Emmanuel.

Nigerian-born doctor, Stella Immanuel has made an impassioned plea advocating the use of hydroxychloroquine for the treatment of COVID-19.

A video of her arguments in support of the controversial treatment has gone viral and has been viewed over 13 million times on Facebook and YouTube, but both platforms have taken down the video.

Regardless, the video is being shared relentlessly on WhatsApp, Twitter, Messenger, and other messaging platforms. Stella Immanuel is part of a team of medical professionals who attended America’s Frontline Doctors Summit in front of the U.S. Supreme Court in Washington, D.C. on Monday, July 27. Dr Stella Emmanuel.

President Akufo-Addo has joined Ghanaians across the country in condemning the gruesome murder of 90-year-old woman Akua Denteh. Madam Akua Denteh was lynched in broad daylight at Kafaba in the East Gonja Municipality of the Savannah Region. She was allegedly accused of witchcraft by a local fetish priestess.

The President who described the act as barbaric and unfortunate urged security personnel to ensure speedy delivery of justice on the matter. President Akufo-Addo made this known during the commissioning of a five million cedi water project at Yapei in the Central Gonja District of the Savannah Region.

3. Dlamini-Zuma ‘could lose lockdown authority’ due to legal action

The Helen Suzman Foundation (HSF) is taking legal action against the government’s implementation of lockdown regulations, slamming the president and his chosen ministers for ‘an oversight of Parliament’. The group is pursuing the courts, with a specific focus on removing the ‘ultimate authority’ enjoyed by Nkosazana Dlamini-Zuma. Dr Stella Emmanuel.

HSF issued a press release on Tuesday afternoon, revealing that they would give Cabinet until mid-August to respond. However, they plan to have this case heard in court within one month, scheduling Tuesday, August 25 as their preferred date for a legal showdown – exactly four weeks from today.

According to the foundation, the past four months of lockdown saw legislation and restrictions approved solely by the National Coronavirus Command Council (NCCC) – in direct contradiction of the Constitution.

Popular electronic band The Chainsmokers is facing widespread criticism online after footage from a packed concert over the weekend in Southampton, New York, went viral. Various clips of the show, shared by multiple Twitter users, including New York Gov. Andrew Cuomo, showed crowds of people standing shoulder to shoulder. Not everyone wore masks.

The concert, according to the official event website, was intended to be a safe, drive-in gathering, with attendees required to stay within a certain radius of their car and only allowed to leave to use the restroom, at which point they would need to wear a mask.

But footage and photos from the event do not appear to align with these guidelines, which prompted New York state’s health commissioner, Dr. Howard Zucker, to send a letter to the supervisor of the town of Southampton, Jay Schneiderman, on Monday.

Real Madrid striker Mariano has tested positive for COVID-19, the club said on Tuesday. A statement said the 26-year-old Spanish-born player was in perfect health and complying with the sanitary isolation protocol at home. He was an unused substitute for Real’s last match – a 2-2 draw in La Liga away at Leganes on July 19.

Madrid are to play Manchester City in the second leg of their last-16 Champions League tie on Friday, August 7. UEFA, European football’s governing body, said it is “in contact with the club and monitoring both the situation and decisions of the relevant Spanish authorities.”

They added: “We are confident that this case will not affect the regular staging of the match in question.” Dr Stella Emmanuel.

Mental Mondays: How To Maintain A Positive Mindset As A ‘Person Of Color’