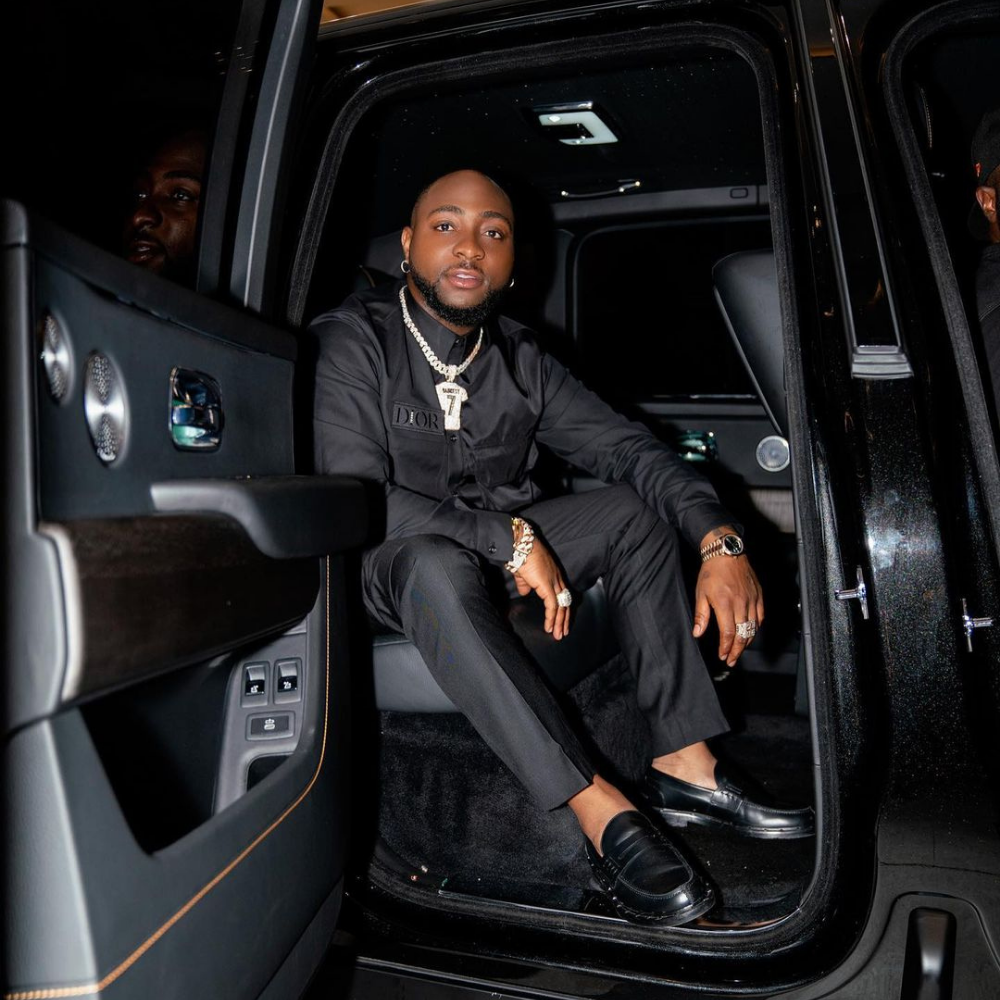 Vaginal Health: How To Keep Your Vagina Very Happy

Davido buys Maybach SUV, Jada Pinkett Smith praises Rihanna’s maternity style, Thomas Partey wins Arsenal Player of the Month. Stay in the know with our Rave News Digest which summarizes five of the hottest global news you need to catch up on, saving you time and energy. Consider it your daily news fix.

Nigerian music star Davido has splashed a whopping ₦90m on a Mercedes Maybach SUV. The singer took to his Instagram Stories on Tuesday, March 8, where he shared a video of his new car. “Who vex me,” he captioned the video. According to several cars websites, a 2021 Mercedes Maybach goes for about $160,000 – $161,000.

Davido’s new SUV is coming barely 48 hours after he performed at his sold-out concert at the O2 Arena. The new set of wheels will join an already extensive garage of expensive cars, which includes several models of Rolls Royce, Lamborghini Urus, Lamborghini Aventador which cost him over N300M. Davido also owns several Range Rover models and other exotic cars.

Jada Pinkett Smith recently took to Instagram to share a throwback photo of herself wearing a see-through gown at the 1998 Grammys. It is worth noting that during the iconic red carpet moment, the famed actress was pregnant with Jaden, her first child with husband Will Smith. The throwback photo posted on Monday (March 7) also highlighted a recent paparazzi image of Rihanna–who is expecting her first child with boyfriend A$AP Rocky. In the snapshot, Rihanna proudly showed off her growing baby bump in a sheer black mini dress during Paris Fashion Week.

Pinkett Smith posed the following question in the caption of the side-by-side images: “Who says you can’t wear see thru fits when you’re preggers???” In the spirit of Women’s History Month, Pinkett Smith went on to give the billionaire fashion and beauty mogul her flowers for not only having impeccable style but also supporting other women achieve their goals.

Congratulations are in order for “Blood and Water” actress Natasha Thahane who ended her social media hiatus to announce she’s pregnant with her first child. Natasha, who has been scarce on social media since her controversial interview on MacG’s Podcast and Chill, left her fans and industry peers shook on Tuesday when she posted a snap showing off her baby bump. Looking radiant in dark burgundy satin, the 26-year-old is seated elegantly on a stool while she gazes down lovingly at her growing baby bump.

Having made it a point to control the narrative about what parts of her life she shared with the public as a celebrity, Natasha has often rejected questions asking her to confirm who she is dating.

Congratulations to the actress.

PHOTOS: As the world celebrate #InternationalWomensDay hundreds of Nigerian women on Tuesday stormed the @nassnigeria on Tuesday to protest the rejection of the bill on women inclusiveness. pic.twitter.com/2AVHoDNEkz

Nigeria’s lower house of parliament has agreed to reconsider three of five rejected gender-equality bills after demonstrations across the country by hundreds of women. Last week, parliament rejected a bill that would have seen special additional seats created for women in national and state parliaments.

Singing songs and carrying placards on International Women’s Day, the protesters vowed to continue pushing until their demands were met. Some of them marched to the parliament complex in the capital, Abuja, for the second time in a week.

5. Partey beats Saka and Odegaard to Arsenal’s Player of the Month award

? You voted @Thomaspartey22 your February Player of the Month…

Now it's time to hear from the man himself! ? pic.twitter.com/CpXi9Fu75l

Thomas Partey has been announced as the winner of the Arsenal Player of the Month award for February. Although he did not find the net, the midfielder delivered notable performances for the Emirates Stadium giants who were unbeaten in all three matches played during that period. To clinch the individual accolade, the former Atletico Madrid star saw off competition from Martin Odegaard and England international of Nigerian descent Bukayo Saka.

“Congratulations to Thomas Partey, who has been named as the Arsenal Player of the Month for the very first time,” a statement from the Premier League outfit read. “Our Ghanaian midfielder was in outstanding form throughout February, as we won all three of our Premier League matches.”

Vaginal Health: How To Keep Your Vagina Very Happy