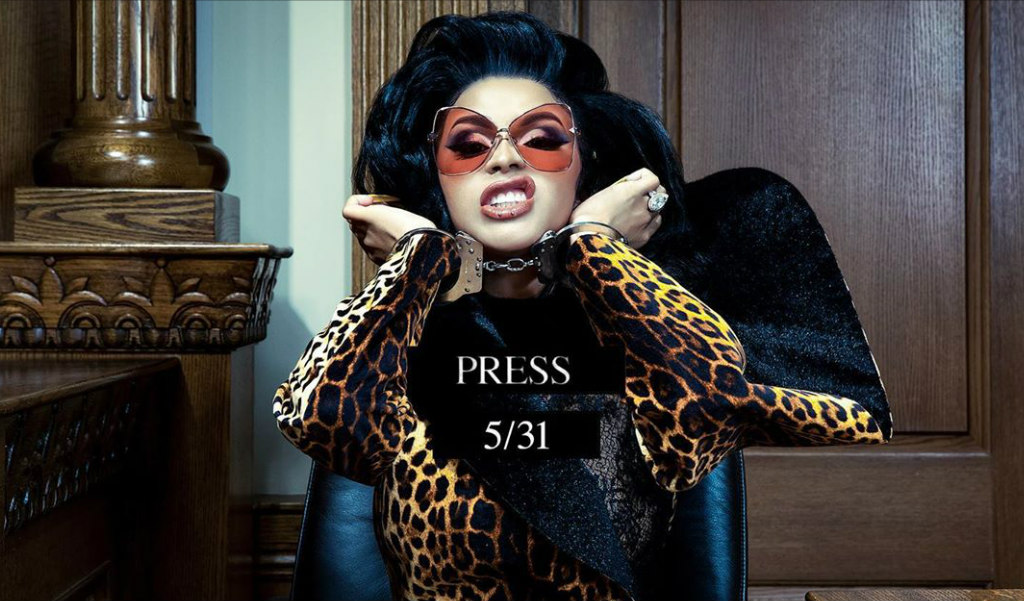 Cardi B says she does not need any press and to drive this point home, she has released a new single titled Press. Cardi first teased us with the chorus to this single on the 19th of December 2018 and we have been waiting patiently for this single to finally drop.

Listen to Press by Cardi B here…

We expected Cardi B to bring it like she always does and she did not disappoint with the bars she dropped on Press.

Before the release of the single, Cardi B took to Instagram to reveal the artwork for the highly anticipated single. Press comes as her latest solo release since her last solo single Money was released in October 2018. Cardi may not have released any solo single this year before now but she sure has had a busy one so far. This year alone the Bronx rapper has dropped a Thotiana remix, collabs with Offset, DJ Khaled, Bruno Mars and City Girls. She has also announced that she’ll be releasing a new album this year.

Here’s a look at the rest of the single art…