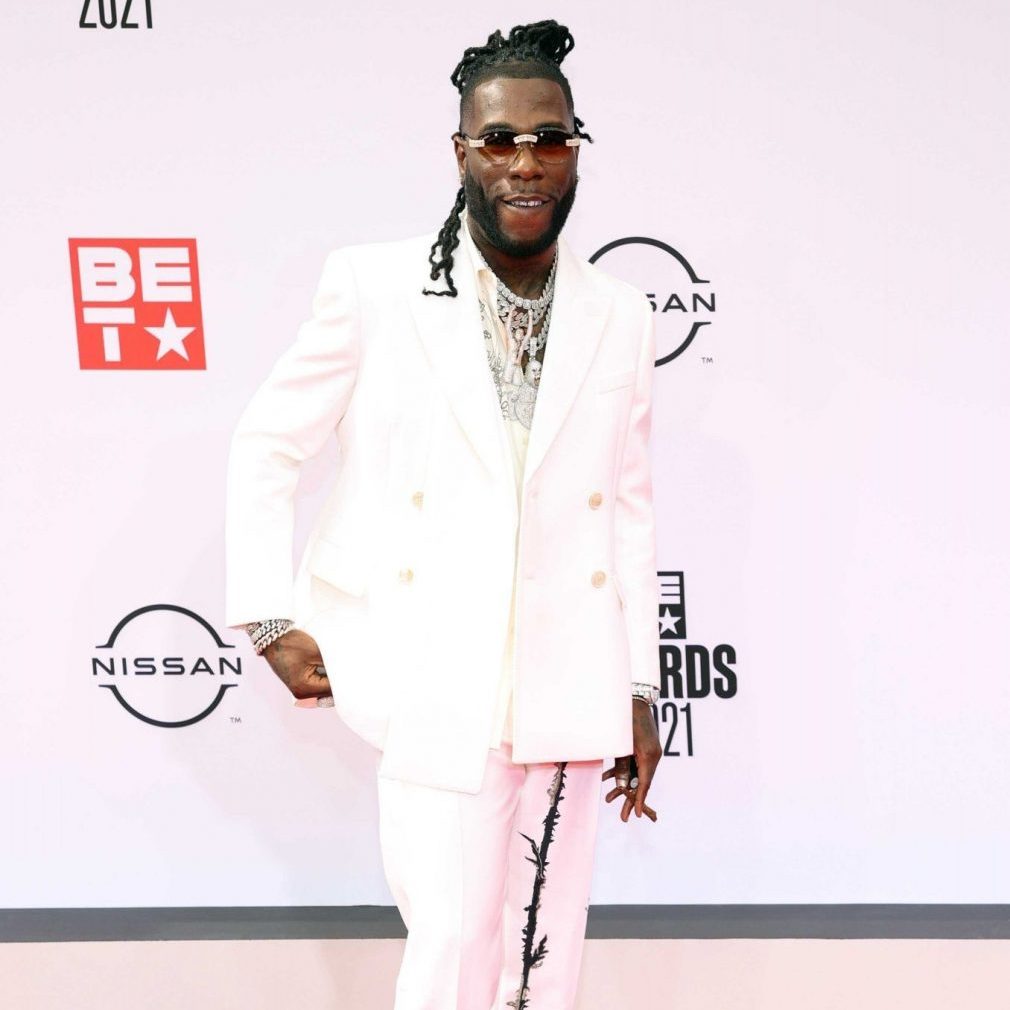 The Grammy award-winning Global Afrofusion pioneer, Burna Boy, has added another international award to his repertoire by winning Best International Act at the 2021 BET Awards in a ceremony that took place last night. With this win, the African Giant becomes the first African artist to bag three BET nominations and wins consecutively, having won the BET Award in 2019, 2020, and now in 2021.

The BET Awards, an American awards show, was established to celebrate African- Americans in music, acting, sports and other fields of entertainment over the past year and this past year has been phenomenal for the talented singer. 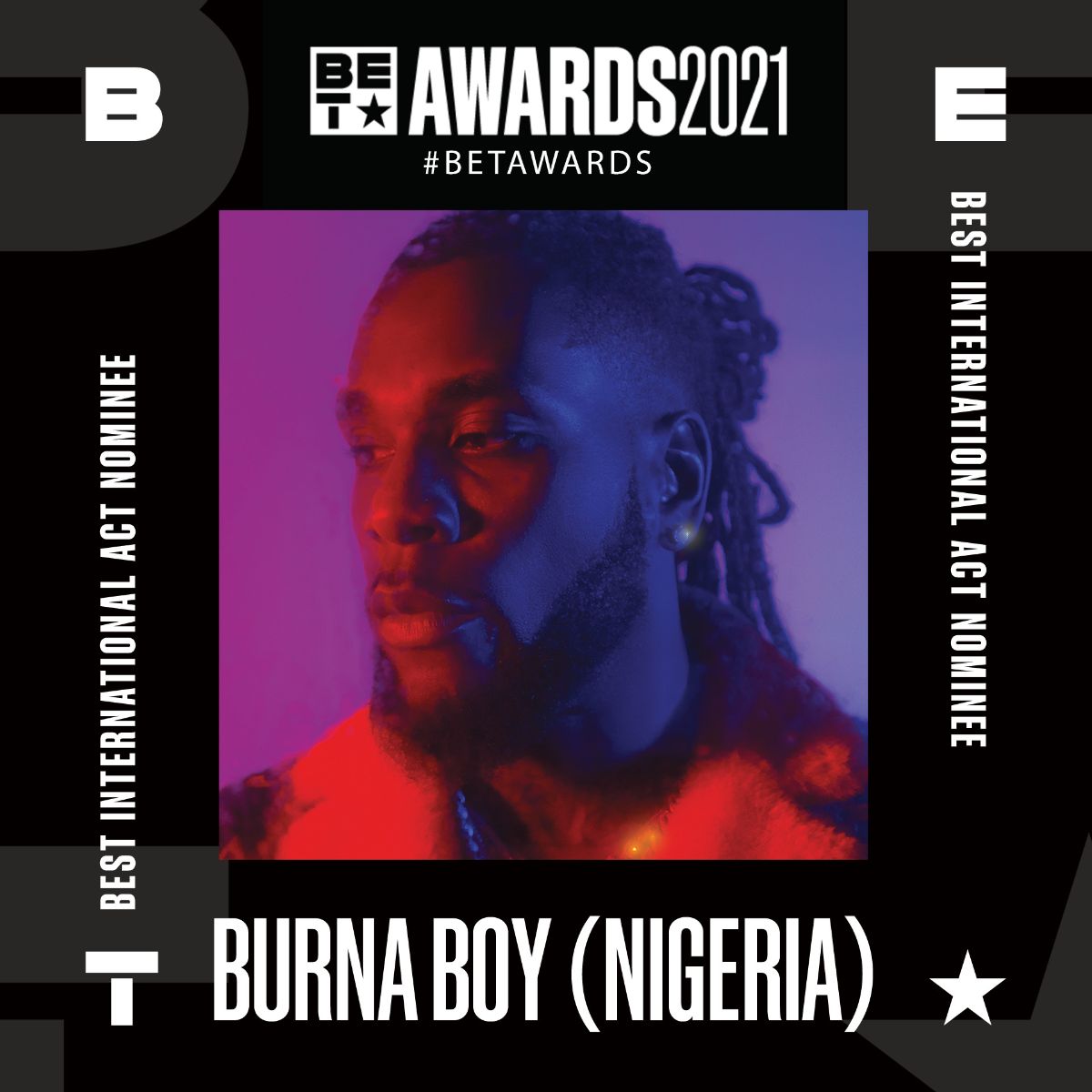 Nominated alongside Nigeria’s Wizkid, Diamond Platnumz from Tanzania, Emicida from Brazil, Headie One and Young T & Bugsey from the UK, and Youssoupha from France, Burna Boy, emerged winner, proving once again why he’s one of the biggest and most successful African artists.

Receiving his award, Burna Boy says: “I made it this time to collect my award myself, so…thank you, everyone, thank you to my mom, the most beautiful woman on earth, who normally would be making this speech for me because normally I don’t like talking on the mic if I’m not singing. Thank you, everyone and everything.”

With the success of his groundbreaking fifth studio album TWICE AS TALL, earning more than 5M worldwide streams within its first hour of release; Fueled by such singles as “Wonderful,” “Monsters You Made (Feat. Chris Martin), “Real Life (Feat. Stormzy),” and “23,” TWICE AS TALL, debuted at #1 on Billboard’s “US World Albums” chart while receiving unprecedented worldwide critical acclaim.

Among its countless accolades, TWICE AS TALL received the 2021 GRAMMY Award for “Best Global Music Album,” which has already made history as the first time a Nigerian artist received back-to-back nominations in the category (following 2019’s GRAMMY Award-nominated AFRICAN GIANT). What’s more, the TWICE AS TALL album was named among 2020’s very best by a wide span of global publications, including The New York Times, The FADER, Consequence of Sound, British GQ, NME, Pitchfork, Vice, and Uproxx, to name but a few.