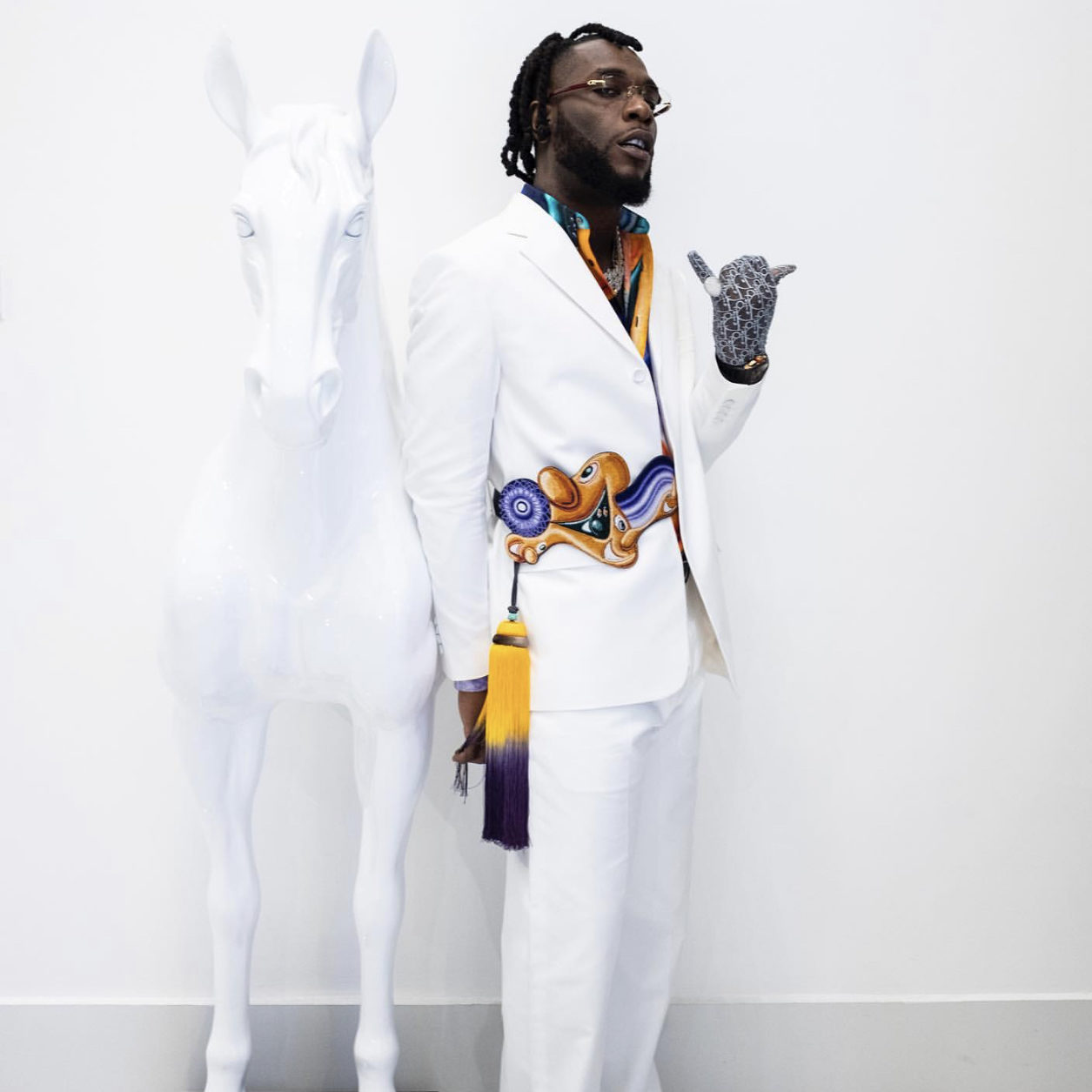 This year is the ultimate year of wins for multiple award-winning Afrofusion pioneer, Burna Boy as he bags the much-coveted Grammy award in the ‘Best Global Album’ category for his ‘TWICE AS TALL’ album. He was nominated alongside Tuareg Desert Rock group Tinariwen, NYC afrobeat outfit Antibalas, Brazilian-American Bebel Gilberto, and British-Indian sitar player Anoushka Shankar.

This is the second consecutive time Burna Boy has been nominated for the Grammys. His previous album, ‘African Giant’ was nominated at the 62nd Grammy Awards for ‘Best World Music Album’, the award went to Beninoise singer, Angélique Kidjo who dedicated the award to Burna Boy and said he was leading the pack of young Africans who will shake up the global music space.

With a captivating performance at the 63rd annual Grammy Awards held earlier tonight, Burna Boy was a vision as he brought down the house in a powerful medley of his songs, starting with the chorus of “20:10: 20” to “Level Up’ to ‘Onyeka’ and ‘Ye’, complemented by his band ‘The Outsiders’ whose reworked musical arrangement was nothing short of ethereal excellence.

The Annual Grammy Awards which recognizes the best recordings, compositions and artistes of the eligibility year, running from September 1, 2019, to August 31, 2020, deemed what is truly a great album ‘Twice as Tall’; where the Grammy award winner sang in at least three different languages, drew in artistes from across Africa and across the diaspora to fuse his Afrofusion style into one percolating whole; as outstanding in its artistic achievement, technical proficiency and overall excellence in the recording industry.

One of the biggest contributors to the explosion of the Nigerian music scene, whose hybrid black-music style exploded in the last few years, the African Giant has in many ways earned his plaudits. From getting recognized by a number of notable platforms as the African artiste whose lead to follow, to the successes of his headline concerts, Burna is getting rewarded for the work he has put in over the last ten years and is poised to continue to enjoy the benefits with more good music.

Burna Boy’s recent wins include, The MTV European Music Awards (EMA) for ‘Best African Act’, The All Africa Music Awards album of the year and winner, ‘Best International Act’ for the Black Entertainment (BET) awards and The 2020 Dutch Edison Award for ‘World Album’. Burna Boy’s work and recognitions establish him as one of the biggest international acts in the world.