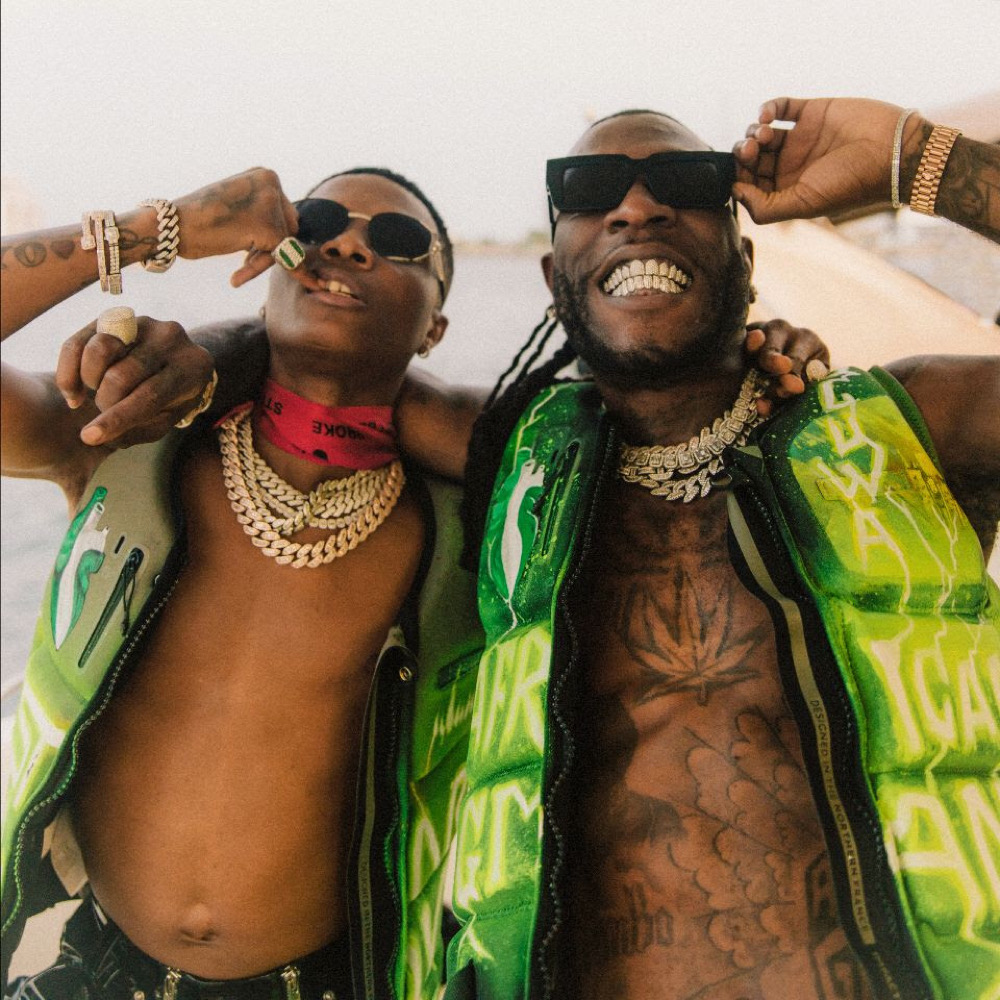 Grammy award-winning sensations Burna Boy and Wizkid have yet again created a monster music masterpiece in the African giant’s new song Ballon d’Or. Produced by Nigerian-British producer P2j, this banging track is inspired by one of the most prestigious trophies given to professional soccer players — Ballon D’Or whose recipient is regarded as the best male football player in the world. Burna Boy Ballon D’or video

Shot in Lagos, the chemistry and fluidity between two of the most successful African artistes on the continent, Burna Boy and Wizkid is a beauty that could only have been captured in film by prolific director, Director K who created magic and raised the artistic bar with these visuals. Despite dazzlers and under a masculinity-fueled obsession with a certain sense of authenticity, the visuals for ‘Ballon d’Or are phenomenal yet playful as we see two stars living their dreams in real-time, matching a blockbuster sense of confidence with arena-size sounds and attendant energy. Burna Boy doesn’t have to make a song and dance about the ‘Ballon D’Or visuals, it speaks loud on its own with his verse and Wizkid’s flow, going together like traffic and weather.

Revealing legendary welterweight champion, Kamaru Usman who makes a sexy cameo in these visuals, Burna Boy is that artiste who, like a moth to a flame, music is an intrinsic pull. ‘Ballon d’Or brims with memorable melodies and beats and Burna Boy’s impressive technique and delivery. Eternally conscious of not just losing the essence of who he is in the midst of everything, Burna Boy steals our hearts with this video and takes us to the suburbs, while Wizkid sprouts leaves in the second half of the song lending credence to an already perfectly produced song. Burna Boy Ballon D’or video