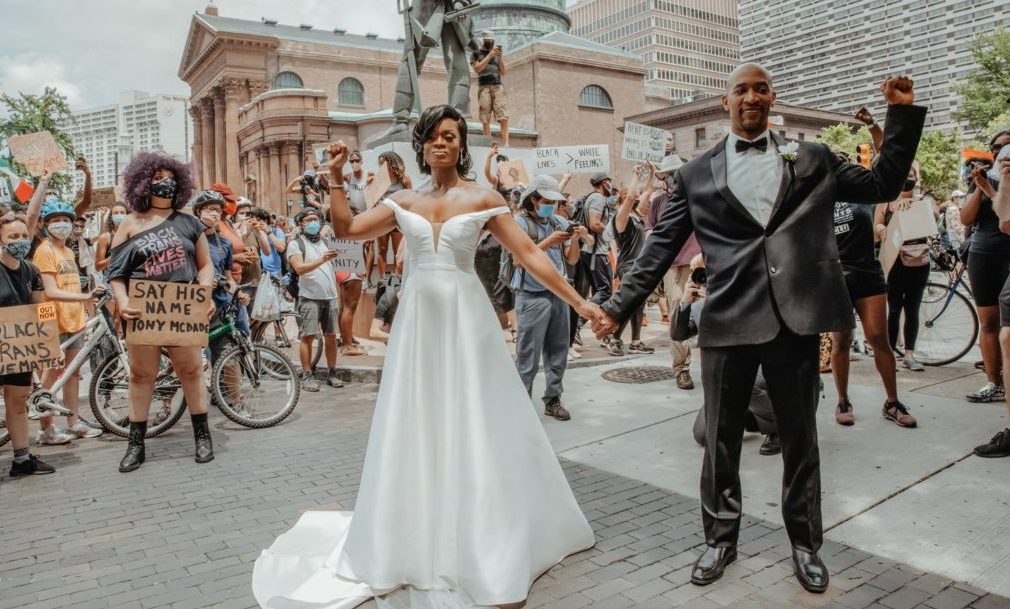 Mental Mondays: How To Be More Confident In Your Skin

In what is arguably one of the greatest demonstrations of love during a time like this, Philadelphia protesters witnessed a wedding right in the middle of their protest. It was a black couple defying a pandemic to be together, a show of love and power. It was definitely a symbolic moment for the Black Lives Matter movement that has brought out millions across the world from their COVID-19 hiding places.

Kelly Anne and Michael Gordon were in the middle of their small outdoor wedding at a hotel along Benjamin Franklin Parkway, when thousands of protesters passed by demanding for Justice for George Floyd and every other black person affected by Police Brutality and Systemic Racism in the country. Black lives matter wedding philadelphia

“It was just a very, very empowering moment for us considering all of this is happening at one moment in one time.”

“While I was getting ready in the hotel, and I’m reading over vows that I wrote five months ago, at that moment I was just so overwhelmed with emotion. We already had a lot built up inside because of the [protests over the past week]. So seeing that we were embarking on this together, and everything we’ve been through, and that now we’re on the forefront of America fighting for justice and trying to push for positivity and change, I’m not only proud as a Black woman and Black professional, I’m so proud of him to represent who we are as a people.” She said.

As Kerry-Anne, 35, stepped outside, protesters started to gather around her, cheering her on as she awaited Michael to meet her. In an interview with ABC News, Kelly Anne, says that although she didn’t foresee being in the middle of the protest, “it ended up being a very powerful moment” for them. Black lives matter wedding philadelphia

“Not only are we feeling the movement of the people… but I’m meeting my husband, on our wedding day, as a strong black man and a good representative of who we are as people, what our men are like, what our culture is like. It was just a very, very empowering moment for us considering all of this is happening at one moment in one time.” Kelly Anne shared. 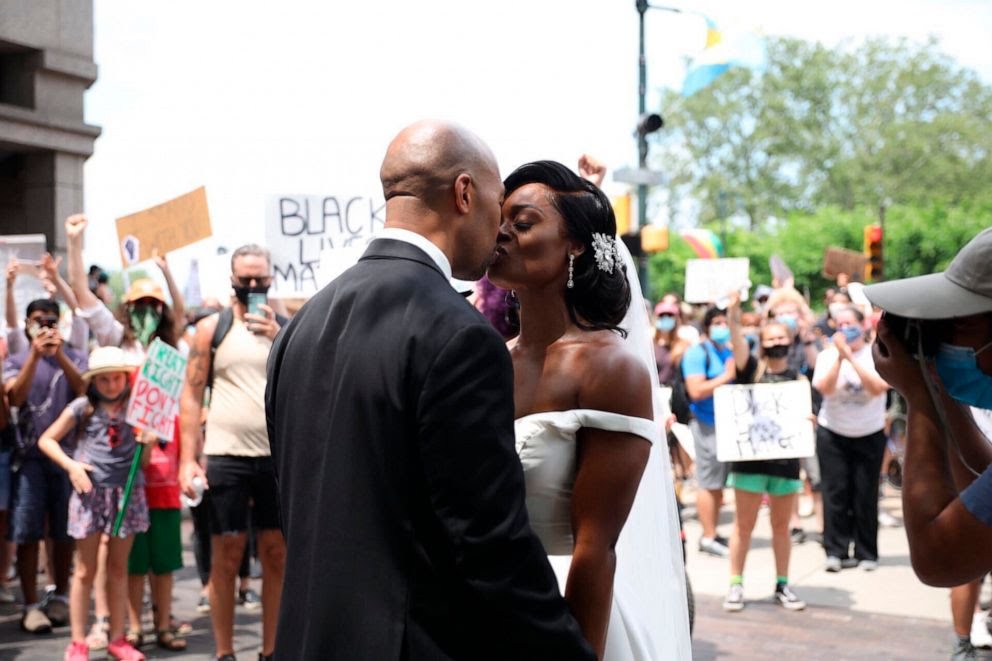 The crowd of protesters parted for the newly weds to hold hands and kiss. According to Michael, 42, the injustice that was being protested against was a normalcy that he and his bride felt strongly against, most especially because as black people, they were involved in it. Black lives matter philadelphia hashtag

“We all see this injustice. We all want to see this needle shift away from the status quo and that made this day more memorable in ways,” he said. 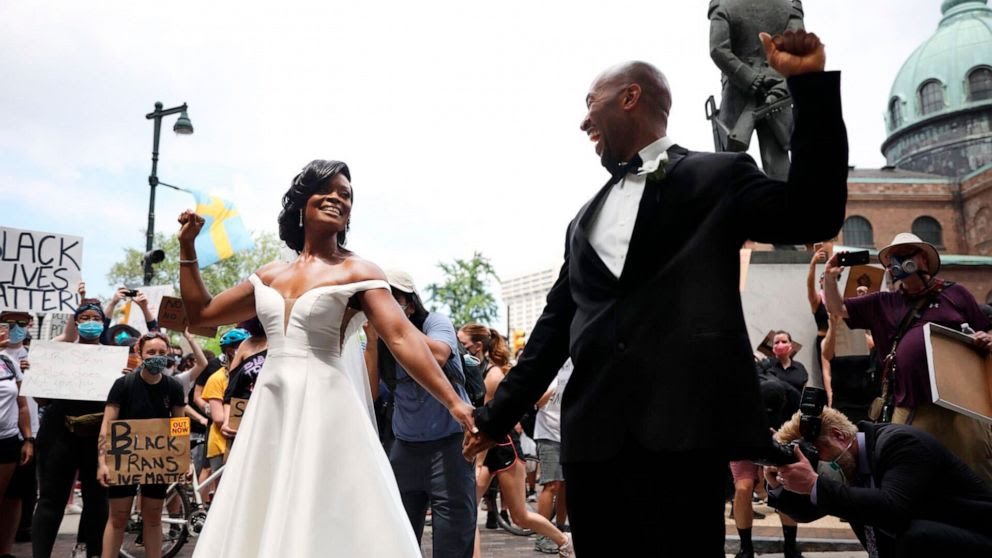 Kerry Anne and Michael Gordon initially planned to hold their dream wedding on May 26, 2020, but due to the pandemic, the couple moved their wedding to June 6. The plan was to have a much smaller wedding on that date. What they hadn’t anticipated was that the entire world would become their audience amidst a massive fight against a different type of pandemic that unlike the coronavirus, has targeted only one race.

As they joined a multitude of protesters in Philadelphia that afternoon, the couple became a symbol of hope and love. The moment was indeed one symbolic of the power of unity for a movement that has brought out millions across the world from their COVID-19 hiding places.

This is beautiful, #godbless you both on your journey and new Union 🤍🤍🤍

For the couple, Saturday’s protests were a peaceful reminder that the movement, Black Lives Matter, is a just cause worth standing behind. Black lives matter philadelphia

Mental Mondays: How To Be More Confident In Your Skin