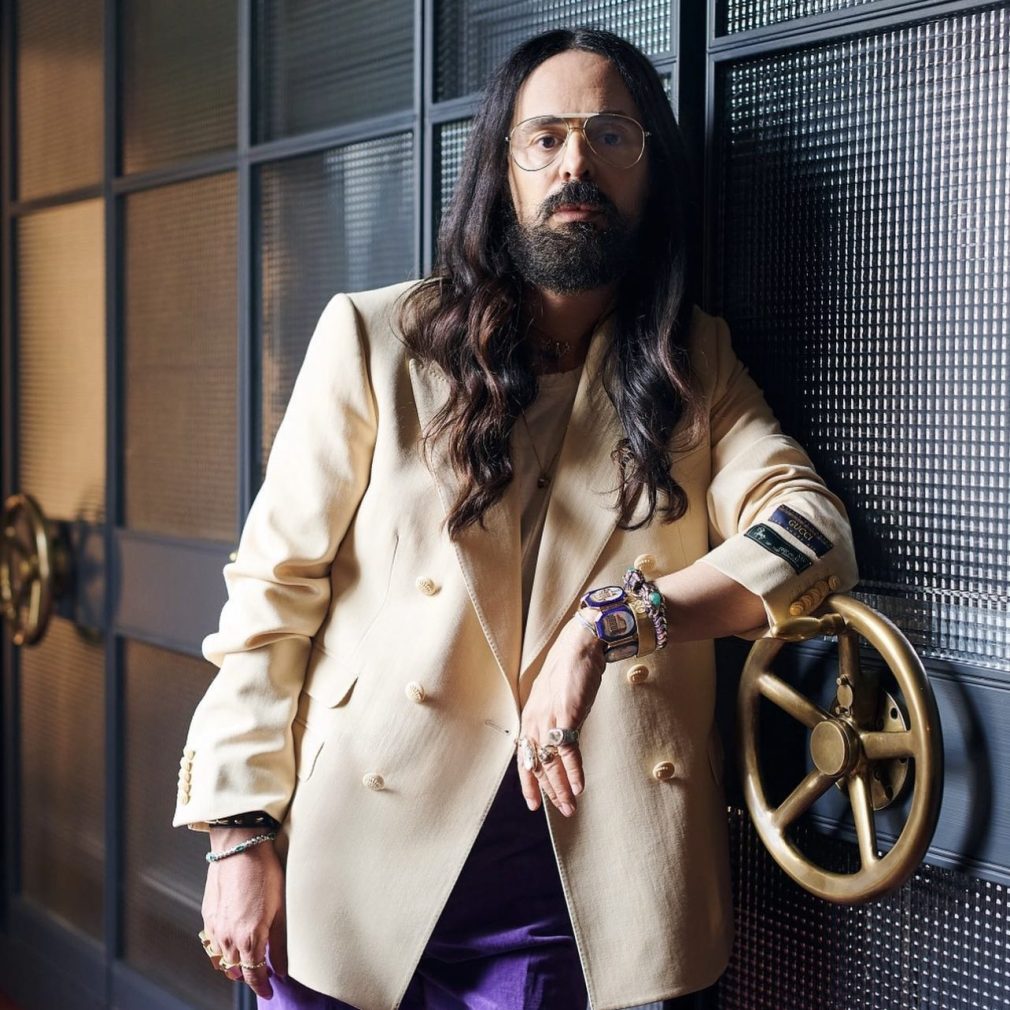 Alessandro Michele leaves Gucci, Rita Dominic and Fidelis Anosike’s church wedding to take place this weekend, Ronaldo given two-match ban. Stay in the know with our Rave News Digest, which summarizes five of the hottest global news you need to catch up on, saving you time and energy. Consider it your daily news fix.

Kering confirmed on Wednesday that creative director Alessandro Michele is leaving Italian luxury goods company Gucci after seven years. “I am grateful to Alessandro for bringing so much of himself in this adventure,” said François-Henri Pinault, chairman and CEO of Kering, in a statement, referring to the designer’s tenure as “an outstanding moment” in the label’s history.

The designer’s departure followed tensions between the designer and Kering’s top management, a source told the media. “There are times when paths part ways because of the different perspectives each one of us may have. Today an extraordinary journey ends for me, lasting more than twenty years, within a company to which I have tirelessly dedicated all my love and creative passion,” said Michele.

Kering did not name a successor to the designer Wednesday, noting that the label’s “design office will continue to carry the direction of the House forward until a new creative organization” is announced.

Nollywood actress, Rita Dominic, is set to hold her white wedding at a manor in North Yorkshire, England, this weekend. pic.twitter.com/x67lY4Lnph

Prominent Nollywood actress Rita Dominic and her spouse, Daily Times publisher Fidelis Anosike, will exchange vows in a church wedding ceremony in England this weekend. Friends and family will be present for the couple’s vow-exchange ceremony in a 900-year-old abbey in England, which will follow their traditional wedding in April of this year.

Similar to her traditional wedding, it is expected that the church wedding will be star-studded, as on Rita’s bridal train are actors Michelle Dede and Kate Henshaw.

Mashbeatz and Kamo Mphela recently appeared in New York’s Times Square, and their fans are super excited for them. On their Instagram timeline, they shared a snap of them gracing the billboards. “South African hip-hop made it to New York Times Square billboards. Thank you God. Thank you @youtubemusic for believing in black voices.”

Nigeria has launched new banknotes in an effort to fight counterfeiting and the financing of Islamist groups. Nigerian President Muhammadu Buhari said on Wednesday that the new naira bank notes would help to control liquidity in an economy where most money is held outside the bank.

The 200, 500, and 1000 naira notes are the ones being replaced. The redesigned notes, which are produced in Nigeria by the Nigeria Security Printing and Minting Company, have new security features, the president said during the introduction of the new notes at the presidential villa. The central bank of Nigeria is reported to have announced plans to begin issuing the new notes to the public on December 15, 2022. Members of the public have until January 31, 2023, to hand in their old notes.

5. Ronaldo hit with two-match ban and fine for phone-smashing incident

Cristiano Ronaldo has been handed a two-match ban and £50,000 fine from the Football Association for smashing a fan’s phone back in April. The event happened to a young fan with autism and dyspraxia following Manchester United’s 1-0 defeat to Everton at Goodison Park last season, for which the forward was initially cautioned by Merseyside Police. The FA have released a statement explaining Ronaldo was charged with “improper and/or violent” conduct, for which he has been served with a two-game suspension along with his hefty fine.

“Cristiano Ronaldo has been suspended for two matches, fined £50,000, and warned as to his future conduct for a breach of FA Rule E3,” the FA’s statement read. “The forward admitted that his conduct after the final whistle of the Premier League game between Manchester United FC and Everton FC on Saturday 9 April 2022 was improper. An independent Regulatory Commission found that his conduct was both improper and violent during a subsequent hearing, and imposed these sanctions.” Ronaldo’s punishment comes in what has been a turbulent few days for the Portugal international. United announced on Tuesday that they had mutually agreed to terminate the player’s contract.