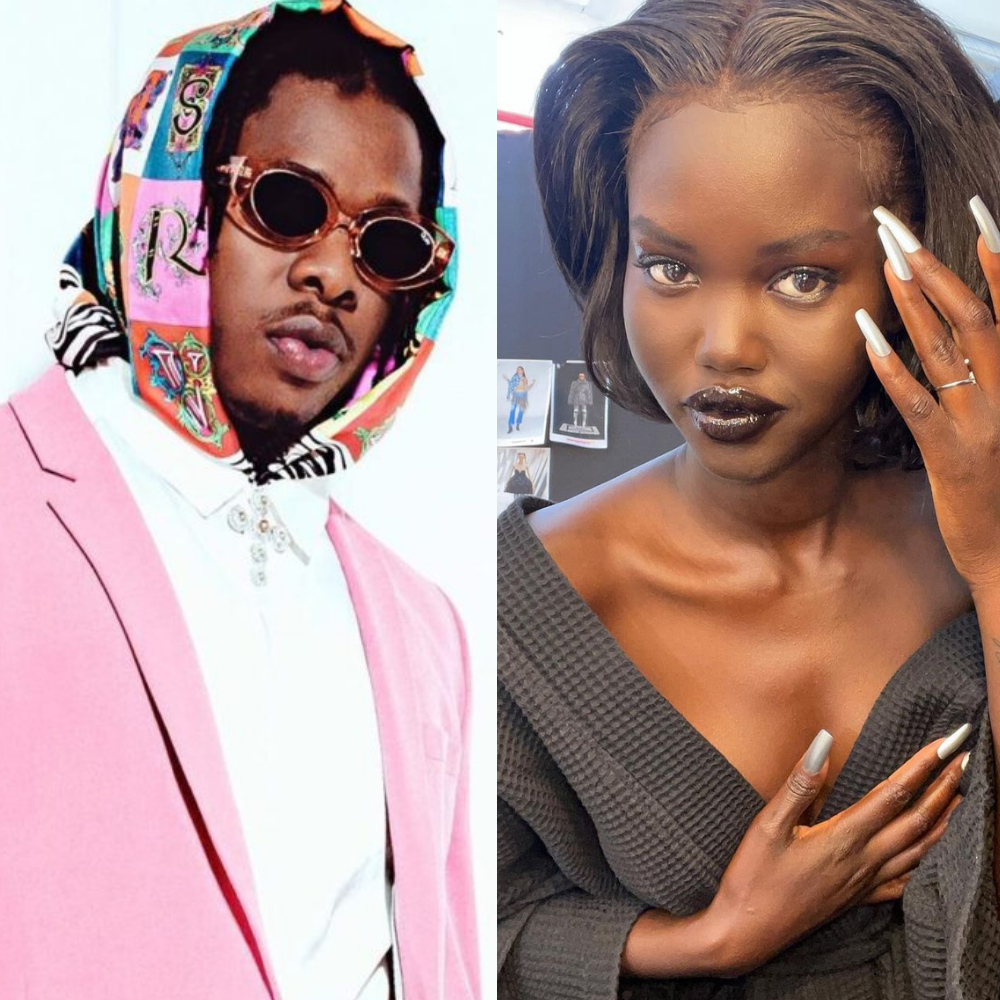 Adut Akech confirms split from Runtown, Kanye West to release new album, Premier League player arrested. Stay in the know with our Rave News Digest which summarizes five of the hottest global news you need to catch up on, saving you time and energy. Consider it your daily news fix.

International model, Adut Akech has confirmed split from Nigerian singer, Runtown after almost a year of dating. The model and the singer kicked things off back in 2020. Akech, who is of South Sudanese origin made this known while answering questions from her fans via her Instagram Stories on Tuesday, July 20.

During the Q&A session, a fan asked the model if she was single, and she gave a rather shocking reply. “Yes ma’am single and ready to mingle or whatever they say. Jokes but I’m single,” she wrote. The former couple sparked off relationship rumours in July 2020 after a video of the two all loved up made its way to social media.

Kanye West confirmed the impending release of his new album, “Donda,” in a Beats by Dre commercial aired during Game 6 of the NBA Finals. The album, Kanye’s 10th solo LP to date, will arrive this Friday, July 23. The accompanying ad features American track and field sprinter Sha’Carri Richardson, who recently became infamous after she was banned from Olympic competition due to testing positive for marijuana use.

The tease comes days after Kanye held a surprise listening party in Las Vegas over the weekend. Another listening event is set for Thursday in Atlanta.

South African actress, Pearl Thusi has joined the many celebs who have called out SA’s minister of sports, arts and culture, Nathi Mthethwa for not financially assisting struggling artists during the coronavirus pandemic.

In an impassioned plea to the minister amid SA’s third wave of Covid-19, Pearl asked the ministry to give the same amount of energy to artists who are in need of financial assistance as they do to congratulate and send their condolences to the nation’s shining stars. As usual, Pearl’s tweet sparked a conversation around the ministry’s failure to adequately take care of artists.

President of Mali, Assimi Goïta is “safe and sound” after an attacker armed with a knife lunged at him at a mosque in the capital, Bamako, his office has said. Reports said the president was attacked by two men, but only one was wielding a knife.

A statement from the presidency said the attacker was immediately apprehended and the president was driven straight to a military barracks outside the city. Huge crowds had gathered at the mosque for the prayers, which mark the start of the Muslim holiday known as the Festival of Sacrifice.

The attack is a concern for a country facing mounting security challenges, including a jihadist insurgency with frequent attacks by groups linked to al-Qaeda and the Islamic State group.

A Premier League footballer has been arrested on suspicion of child sex offences.

The player has been suspended by his club while police investigate the allegations.https://t.co/LSpn7E5h1Y

A Premier League footballer has been arrested on suspicions of child sex offences. The 31-year-old man, who has not been named for legal reasons, was detained on Friday by Greater Manchester Police.

In a statement, the player’s club, Everton FC confirmed he had been suspended and added it would “continue supporting the authorities with inquiries and would not be commenting further.” The footballer has since been bailed pending further inquiries.