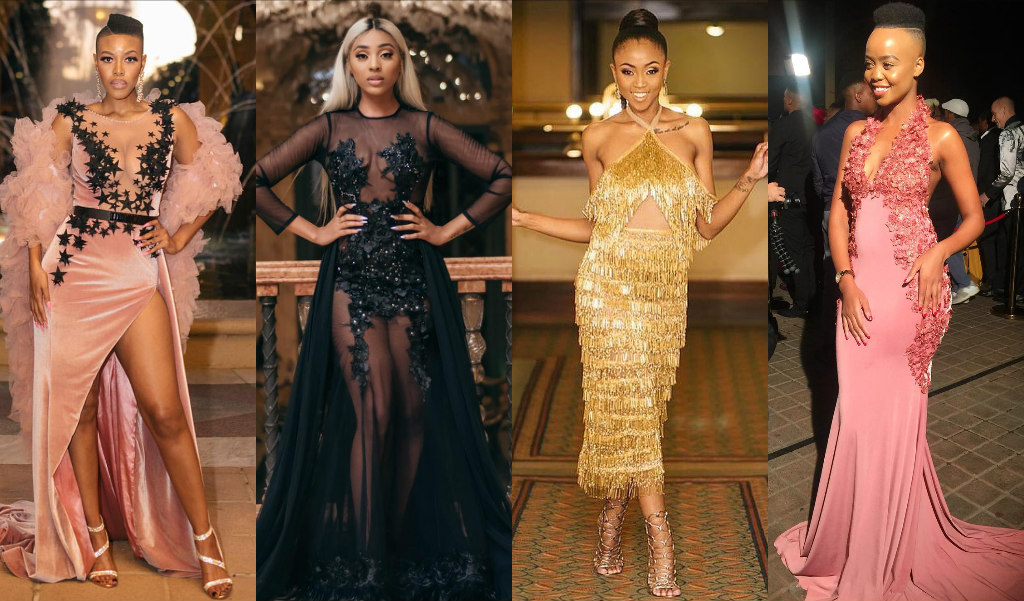 The 24th instalment of the annual South African Music Awards – SAMA took place at the Sun City Resort on Saturday night and it was hosted by Somizi Mhlongo, Dineo Ranaka and Mpho Popps. As with every award show, the SAMAs came with a fashion parade led by some of the biggest names in music in South Africa.

The South African Music Awards ended with Joyous Celebration as the night’s biggest winners with 4 awards, followed by Shekhinah who won 3 awards including Album of the Year.

From intricate beadings to floral detailing and more, celebrities showed up in jaw-dropping designs and much pizzazz!

Newcomer of the Year: Shekhinah for ‘Rose Gold’

Male Artist of the Year: Prince Kaybee for ‘I am Music’

Female Artist of the Year: Shekhinah for ‘Rose Gold’

Duo or Group of the Year: Mafikizolo for ‘20’

Album of the Year: ‘Rose Gold’ by Shekhinah

Music Video of the Year: ‘Arumtumtum’ by Rouge. Directed by Alex Fynn

Remix of the Year: ‘I got you’ by Encore. Remixed by Mobi Dixon