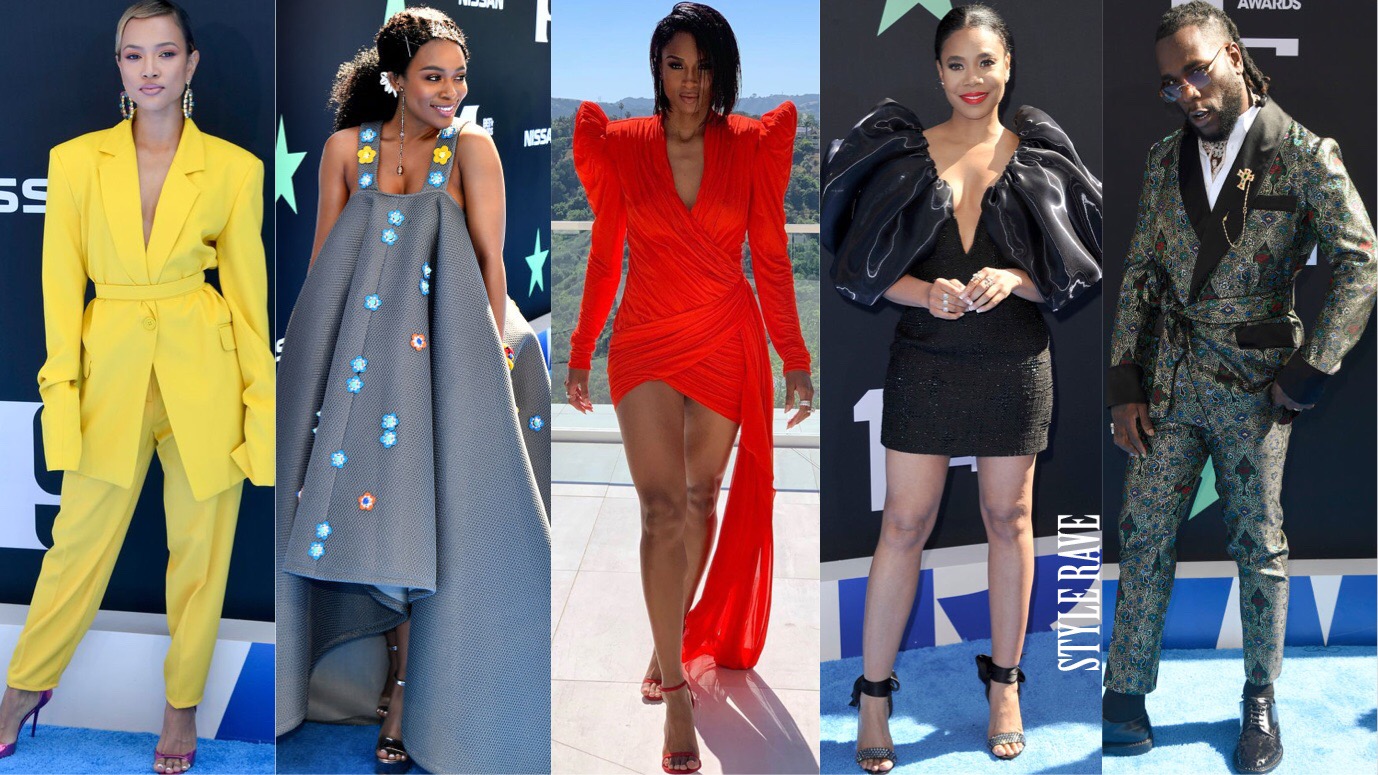 The 2019 BET Awards hosted by Regina Hall took place last night at the Microsoft Theatre in Los Angeles and hip hop stars, fans and some of Africa’s biggest music stars came out en masse for the event. The show primarily celebrates the accomplishments of black entertainers and performers in the past year.

The 2019 BET Awards also doubled as a celebration of late rapper Nipsey Hussle, who was killed in March outside of his Marathon clothing store in Los Angeles. In his honour, the carpet was coloured blue – a colour synonymous with the rapper when he was alive. Nip, as he was fondly called, was also given a posthumous Humanitarian Award for the work he did for his community over the years.

Rihanna is a whole mood! Even though she missed the blue carpet, she showed up on stage in an all-black leather Fenty ensemble. The look comprised of a fanny pack belted coat and tight leather pants which she paired with simple studs and a statement cross necklace – we’re calling the look rock star fabulous!

For her makeup, Rihanna who is back to red hair had her hair in a long wavy ponytail and kept her glam simple but fierce with a cat eyeliner and a smoky shadow.

From colourful attires to statement black pieces, the blue carpet really came alive as celebrities stepped out in one stunning look after the other. Ella Mai took the neon look to a whole new level with her oversized Versace suit and matching neon shades.

South African actress Nomzamo Mbatha, on the other hand, was serving us volumes in her grey dress from Loin Cloth & Ashes.