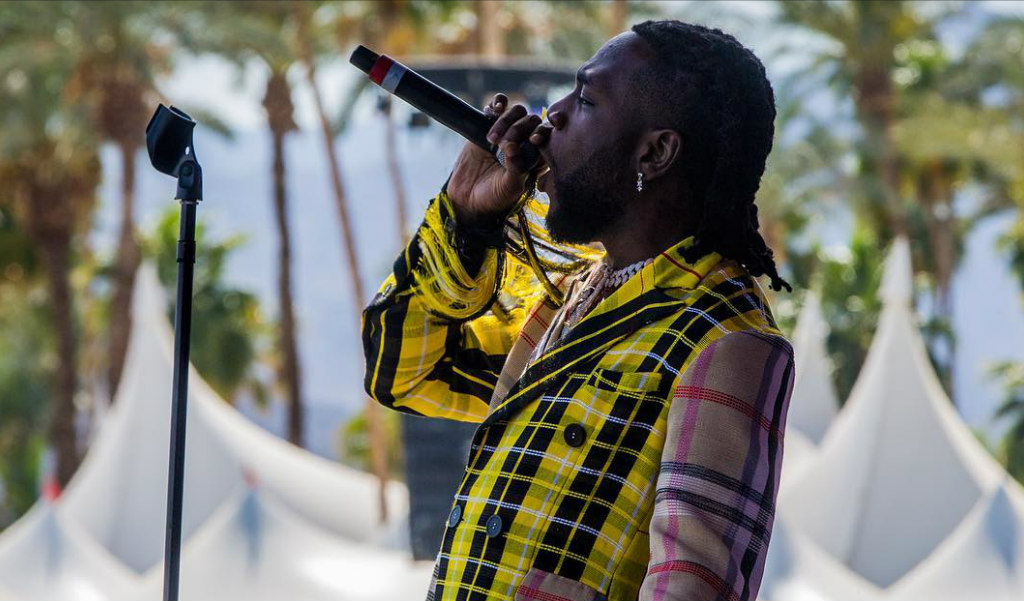 The Best Celebrity Styles From This Past Weekend Were Absolutely FAB!

We can’t keep calm, Burna Boy won a BET Award! It seems Nigerians everywhere are doing just fine, including our Eagles at the AFCON. Stay up to date with our Rave News Digest which summarizes some of the hottest global news you need to catch up on, saving you time and energy. Consider it your daily news fix.

The Presidential Election Tribunal has rejected the request by the Presidential candidate of the Peoples Democratic Party, Atiku Abubakar, and his party to compel the Independent National Electoral Commission to allow them access to the server used for this year’s presidential election.

The five-man panel unanimously refused the request, stating that the request could not be granted because of existing disparities over the existence or otherwise of the server.

The judges said it was impossible for the tribunal to delve into the server issue at the interlocutory stage of the panel’s sittings.

The PDP and Atiku had asked the tribunal to compel INEC to grant them access to the server and smart card readers used in the election but the counsel representing INEC asked the court to dismiss the application, stating that they do not have it.

A coup was attempted in Ethiopia’s Northern Amhara regional state government but it failed. Four people were killed including Ethiopia’s Chief of Staff, the office of the Prime Minister Abiy Ahmed confirmed on Sunday.

The President of Amhara region, Ambachew Mekonnen and Amhara Regional Government Office Advisor Ezez Wassie were both killed from gunshots when the incident began on Saturday evening in Bahir Dar, the region’s capital.

According to the statement, the Army Chief of Staff General Seare was organising a response to the attack in Amhara when he was killed.

The Prime Minister has blamed Brigadier General Asaminew Tsige and others for the attempted coup. After being released from prison last year and granted amnesty, Tsige has been serving as the regional government’s Peace and Security Bureau head.

Abiy said Amhara was now under full control of the Federal Government. He conveyed his “deepest sympathies and condolences to the family and friends of the deceased,” and went on to assure the public that the failed coup was not committed by any ethnic group but by ill-motivated individuals.

The Prime Minister called on “all Ethiopians, both armed and not armed” to stand with the government and provide information to “defend the unity of the country.”

Police are said to have recovered a backpack and phone believed to belong to a missing YouTuber, Desmond Amofah better known as Etika on the Manhattan Bridge.

Etika vanished after posting a video to his channel in which he appeared to express suicidal thoughts, prompting concern among his fans. The video has since been taken down.

According to the New York Police Department, he was last heard from on Wednesday night and his disappearance is still under investigation.

His fans on Twitter have shared theories about what has happened to the streamer, with some presuming him dead already but there is no official word about his condition.

Police have asked for the public’s assistance in finding Amofah, described as a black 29-year-old, approximately six feet tall.

The 19th BET Awards caught the eye and warmed some hearts this morning as some of our favourite black stars were on show.

The BET Awards is an annual award ceremony that celebrates the achievements of black folk in entertainment, honouring music, sports, television and movies.

This year’s host for the ceremony was actress Regina Hall. It featured performances from Cardi B, who led the way with the most nominations of the night, Lil Nas X and Billy Ray, Dj Khaled amongst others.

Special awards were presented to Mary J. Blige, who received the 2019 Lifetime Achievement Award, Tyler Perry who was given the Ultimate Icon Award and Nipsey Hussle who was posthumously honoured with the Humanitarian Award.

Tributes poured in for the late director John Singleton, who died following a stroke, and Nipsey Hussle, who was shot outside his clothing store in Los Angles.

Amongst the winners, Cardi B carted home the Best Female Hip-Hop Artist and Album of the Year Award for Invasion of Privacy while eyebrows were raised as Snoop Dogg sealed the Gospel Award for his track Bless Me Again, yep, you read right!

We are starting off our roundup with the African Cup of Nations which kick-started on Friday night. Host nation Egypt opened the competition with a hard-fought 1-0 victory against Zimbabwe.

The Super Eagles did not disappoint as well. Odion Ighalo and Ola Aina combined well to help see off a well organised Burundi side.

There were also wins for Uganda, Morocco, Senegal and Algeria while Guinea and Madagascar could only manage a draw.

In the South American equivalent, Brazil, Venezuela, Colombia, Argentina, Chile and Uruguay have all booked their places in the Copa America quarterfinals.

Peru is on course to qualify as one of the two best losers while Paraguay will have to wait on the match between Japan and Ecuador to know their fate.

Meanwhile, in the female world of football, the quarterfinals are in full swing in the FIFA Women’s World Cup.

The Super Falcons were thoroughly thrashed 3-0 by Germany to dump them out of the competition. While Norway, England and France have all progressed.

The Best Celebrity Styles From This Past Weekend Were Absolutely FAB!