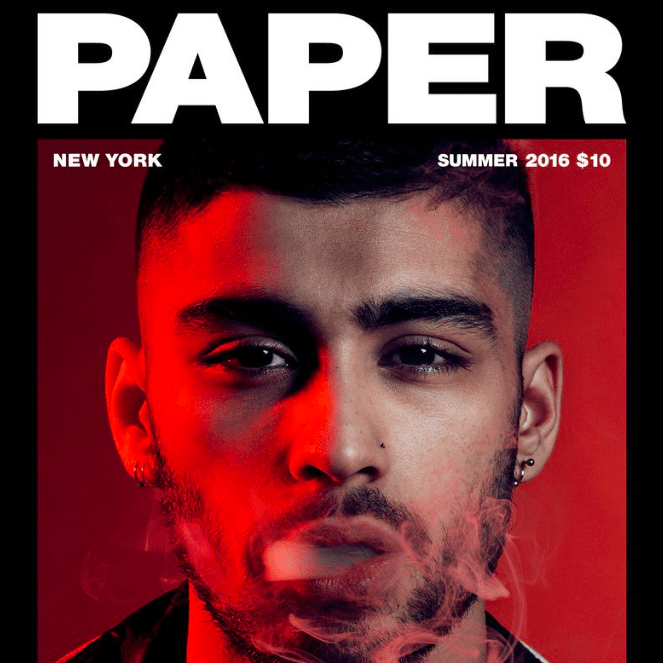 “Pillowtalk” singer Zayn Malik, a former member of the One Direction boy band, has just been revealed as the cover star for Paper magazine’s #SEXY Summer issue, and he looks as stunning and sexy as ever in every single shot.

In the photoshoot, Zayn Malik, who recently got back with girlfriend Gigi Hadid, showed off his stunning brown eyes, back muscles, and tattoo. He opens up about everything from partying too hard to his love of sex. 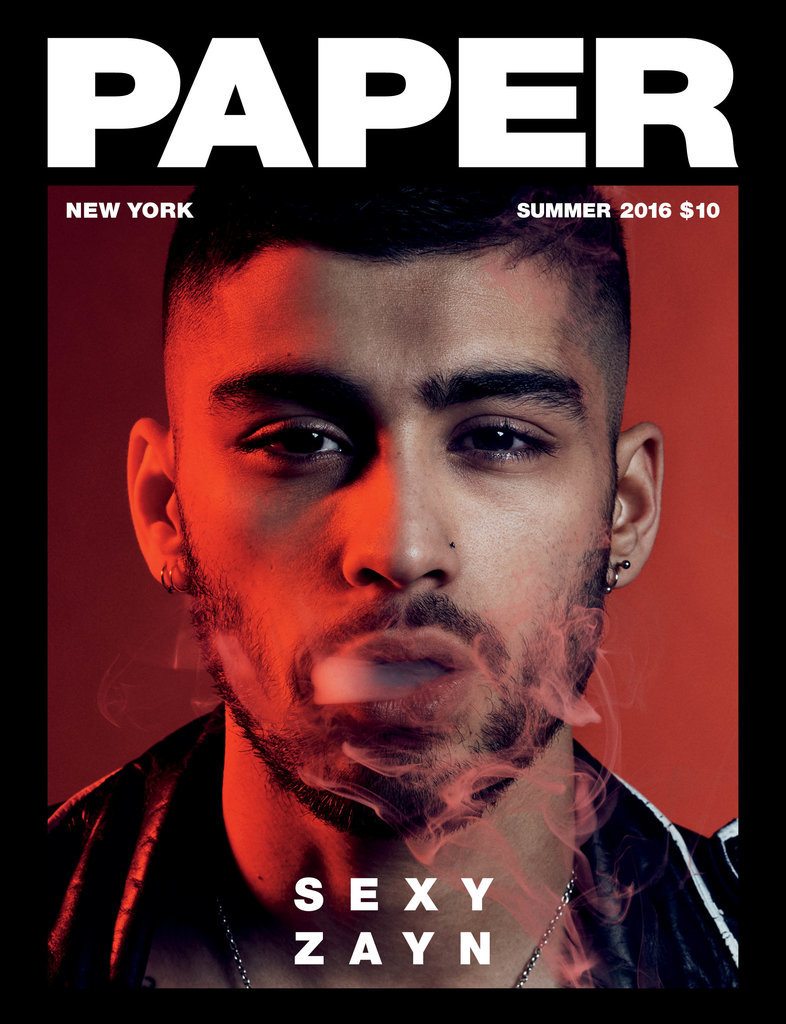 Here are a few things Zayn Malik revealed in his interview…

On his album, Mind of Mine, being about sex: “It wasn’t a conscious decision to make [the album] sexual or refer to sex. But I just found out that a lot of situations that I was in were quite sexual situations — all of the time. I enjoyed singing about [sex], clearly.”

On why he’s taking horseback riding lessons with girlfriend Gigi Hadid: “Because my girlfriend rides a little bit. Actually, that’s an understatement. She rides very well, and she has since she was a kid. She wants me to do it with her, and I’m not good. But I’m learning, and it’s fun. My first lesson was on a really old horse that didn’t move very much, so it wasn’t that scary. She was on the other horse, the one that moved a lot more. She was jumping over hurdles and I just sat there like, ‘OK, this is freaky.'”

On what he finds attractive in a woman: “I’ve always said it and I still stand by it: I find intelligence attractive. When I learn something from somebody and they teach me something, that’s an attractive thing for me. Obviously, I find physical appearance attractive as well, but it’s definitely squared more towards a personality as I’ve gotten older because you can’t have a long-term relationship unless you get on with the person. It doesn’t matter really about the exterior.” 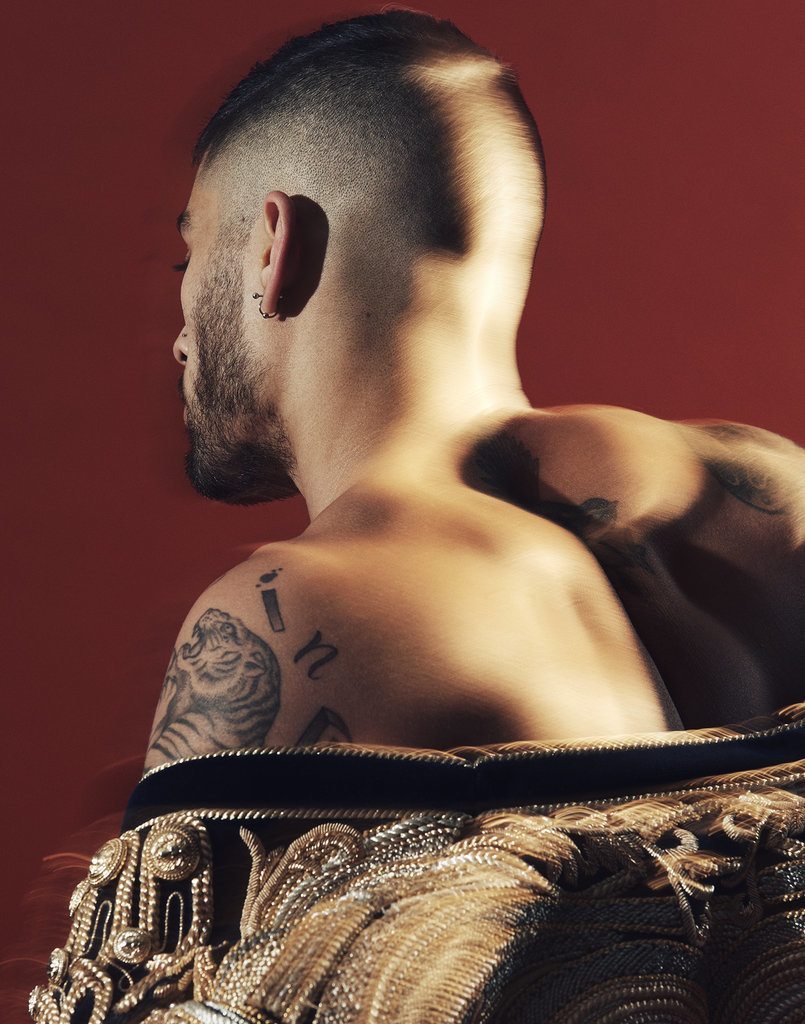 On being forced to shave his beard in One Direction: “I think it’s ’cause I just looked old. And they didn’t like that. [And] I always wanted a beard! I think every dude does when they’re young. Seeing Al Pacino in Carlito’s Way — I needed the goatee after that. I was like, ‘I wanna be Al Pacino.’ I’ve always been obsessed with that, and I had to shave it off. I used to get a bit sad.”

On why he tries to avoid the party scene: “I don’t really enjoy going out too much and partying. I like to have my own time and be at home, and I kind of need a partner with me to do that. I just like the security of that. It feels good to me. It feels right.”

On how many tattoos he has: “Don’t know. They’ve kind of become one.” 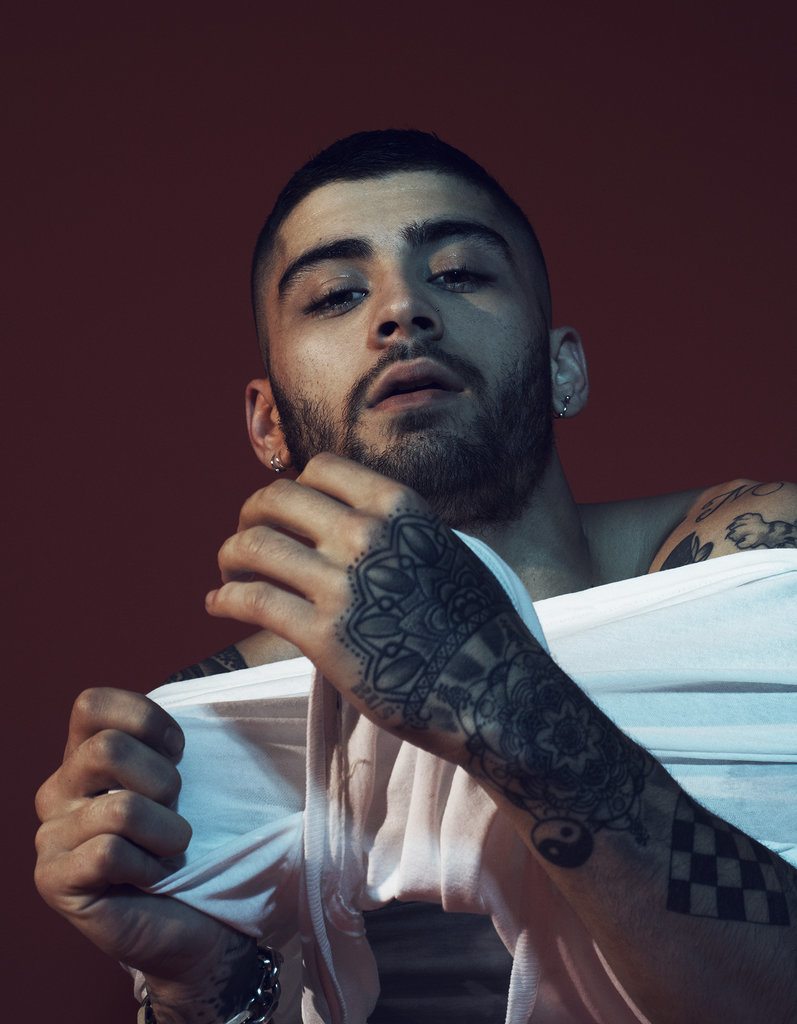 On his loyal fans that have followed him from One Direction to a solo career: “Overwhelming. There have been a few moments where I’ve been really taken aback… I feel like everybody looks for some sort of approval from some form in their life, and my fans are my approval. It’s a sense of achievement that you can’t really explain. To still be valuable by yourself is an important thing.”

On building a Pirates of the Caribbean-themed bar in his London home: “I love the [movie’s] aesthetic and how well it’s done. I feel like it’s really authentic to pirate times. Like I know anything about ‘pirate times.’ I guess I just love it. I’m a big kid.”