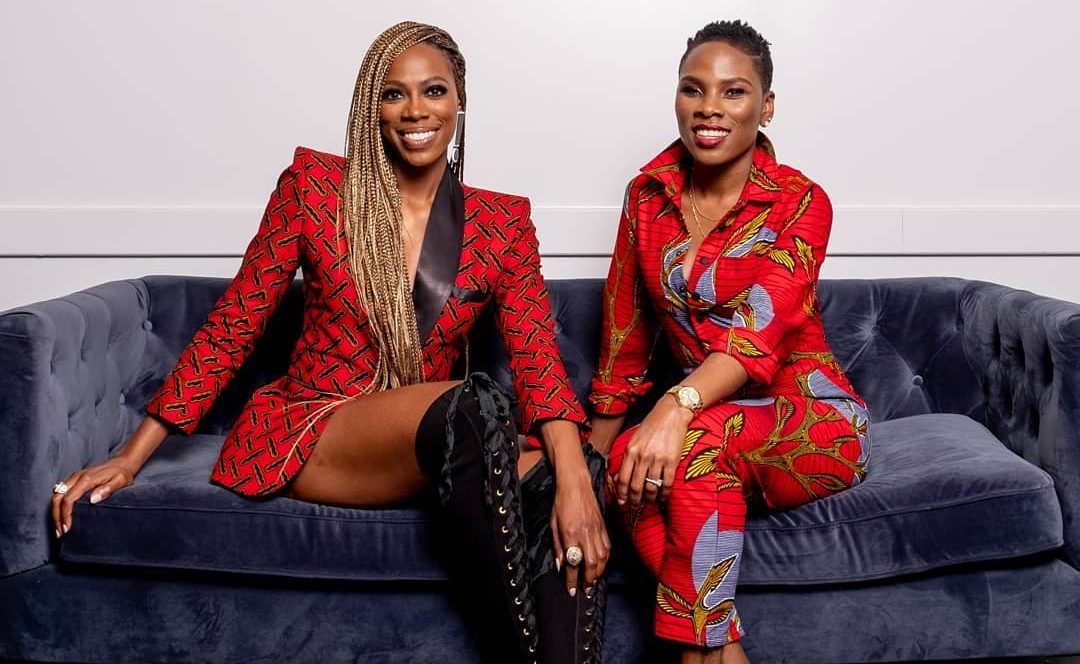 Being their first live show, and on the world famous Apollo stage at that, Yvonne and Luvvie were understandably excited that they sold out the 1,500 seating capacity in just 2 weeks. The two women, “who have no behaviour,” performed their dialogue-type, comic-filled show for a diverse audience made up of Nigerians, other Africans, people of Caribbean descent and others.

The real-life friends were welcomed on stage by the night’s host, Young Prince, as they danced to the sounds of ‘Fada Fada’ by Phyno. Talk about keeping it real for the culture!

Kicking off almost immediately and completing each other’s sentences more than a handful of times during the set, the duo, who are unapologetically Nigerian, talked about life, the things they love, and of course Jesus and Jollof – two things they cannot live without. Besides their fast-rising and successful careers, Luvvie and Yvonne launched Jesus and Jollof, which has been described as pepper soup for the soul, to inspire other young people of colour in a relatable, matter-of-fact manner.

According to The Root, “Jesus and Jollof offer tools in dealing with various parts of “adulting” and provides a space to have conversations about the way many of us were raised. Yvonne says that the various topics provide a breath of fresh air to listeners because it allows them to realize that they’re not the only ones who may have experienced certain things while being raised by their parents.” This was exactly the kind of content they shared on the Apollo stage.

The show currently enjoys a stellar rating of 4.9 stars from 3,800 users on Apple’s iTunes.

It was a night of wisdom dished on a platter of jokes as the duo entertained the crowd with their words, dance moves and epic shades. And if you’re wondering if jollof rice made a cameo, it sure did! Luvvie and Yvonne ended the night on a spiritual note as the joined hands and offered uplifting prayers for everyone in attendance.

You already know we were there for the fashion as well. Still, in line with reppin’ the culture, Yvonne Orji opted for an Ankara blazer by EnaGancio Fashion which she paired with a killa thigh-high Louboutin boots. Luvvie Ajayi matched her partner’s red Ankara print in an Ankara jumpsuit by Öfuurë.

The show ended with the duo and members of the team singing and dancing to Davido’s ‘If’ and ‘Partcula’ by Major Lazer and DJ Maphorisa. The audience wasn’t left out as they joined in what seemed like an unofficial after-party.

Here are more shots from the epic show… Africa Now! is presented in partnership with the World Music Institute.