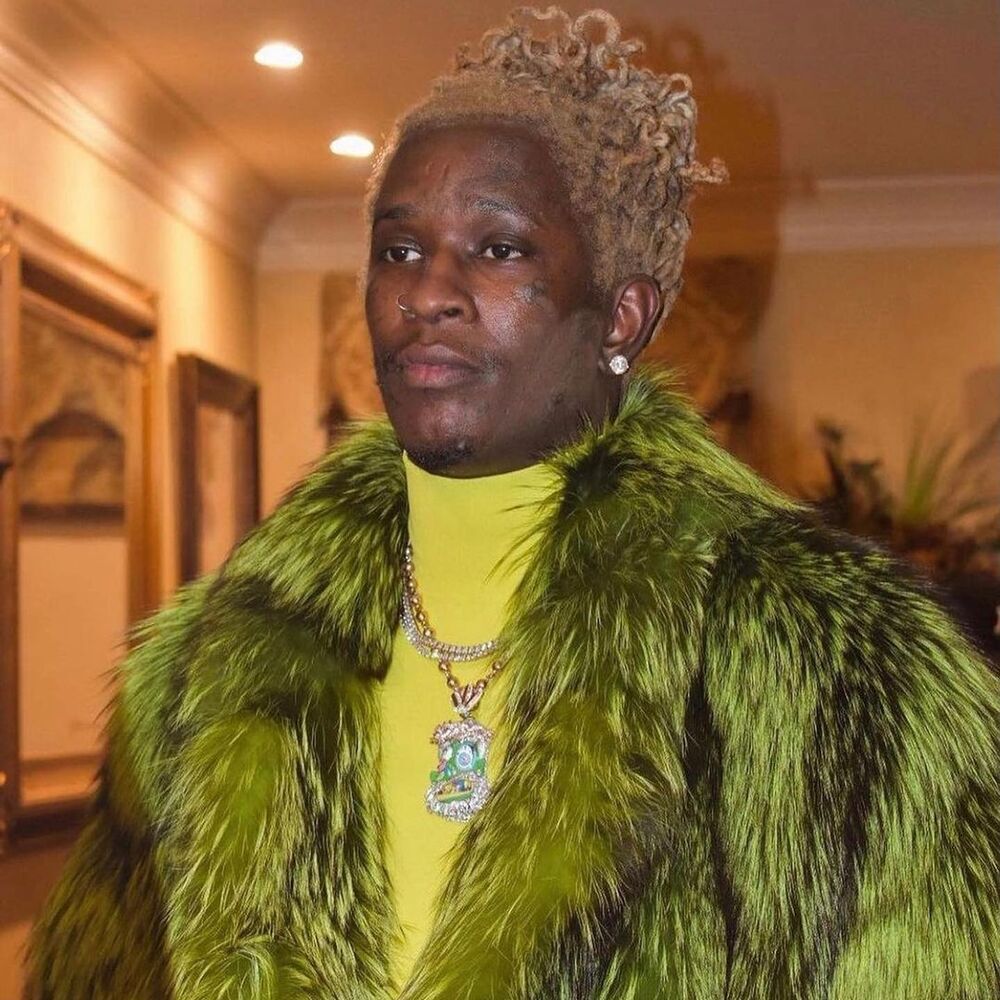 Young Thug hit with new charges, David Oyelowo set to produce “Biafra” series, Real Madrid signs Endrick. Stay in the know with our Rave News Digest, which summarizes five of the hottest global news you need to catch up on, saving you time and energy. Consider it your daily news fix.

According to multiple reports, Young Thug was recently charged with four new misdemeanor charges, including street racing, reckless driving, and speeding. Thug is currently in jail awaiting trial for the YSL RICO case, but the new charges stem from an incident on May 21, 2021. pic.twitter.com/pZM60CWcwM

Young Thug has reportedly been hit with new charges as he awaits his trial in the upcoming Young Slime Life RICO case. According to reports, the Atlanta District Attorney’s office has charged the Atlanta rapper with street racing, reckless driving, and speeding. All misdemeanors, the charges stem from an incident in early May in which he was allegedly driving his vehicle at 120 mph on Interstate 85. Since May 9, he has been behind bars. Brian Steel, Thugger’s lawyer, said his client is innocent of the charges. “As of two weeks ago, that case was being resolved with a seatbelt violation,” Steel said in a statement. “Today, now it’s indicted in the Fulton County Superior Court. He is being wronged by our system.”

The trial of Young Thug, Gunna, and 26 other defendants allegedly a part of Young Slime Life is set to begin on the originally scheduled date of January 5, with lead prosecutor Adriane Love putting forth a list of around 300 witnesses. This development comes after it was announced that Gunna will be released. Gunna’s attorneys, Steve Sadow and Don Samuel announced on Wednesday that the Atlanta rapper, born Sergio Kitchens, entered into a plea deal in which he received time served and a suspended sentence.

Actor David Oyelowo, in conjunction with British TV Fremantle and Richard Johns’ Argo Films, is developing a limited series with the BBC about Biafra. The story of Biafra takes place in both Nigeria and the United Kingdom, and it alternates between the present day and the 1967–1970 Biafra War. Reports say that the series will blend a character-driven personal story with themes of family, identity, and belonging at its core, seen through the perspective of a young black British woman.

The actor described the story as a treasure to him and one he has been waiting to see come to life at a high standard of production. Johns, who launched his Argo Films just a week ago, also explained that the series is a chance to tell a powerful story about discovering and reclaiming a lost identity and a forgotten history. Ngozi Onwurah is reported to be co-developing the story and is said to direct the series, while Bola Agbaje functions as the writer. Yvonne Isimeme Ibazebo of Turnover Films and Christian Vesper of Fremantle are also executive producers, in addition to Johns and Oyelowo.

3. South Africa: AKA hits back at claims saying his songwriting is bad

'My catalogue and the joy I've brought to my people speaks for itself, you know.' https://t.co/qg9iMNKEUz

AKA says he has nothing to prove to people who seem to think his skills have dipped. Replying to a Twitter user who asked the rapper to drop some music because “they say your pen game has dropped. Please give them classic Mega, since it seems they forgot.” The rapper said: “You know, ‘they’ will always have something to say. I have nothing to prove as a rapper. My catalogue and the joy I’ve brought to my people speaks for itself, you know.” AKA gave fans a glimpse of his mental health some weeks ago, revealing he was in a good space and happy to be alive.

The star has been going through the most in recent years, including the death of his girlfriend Anele “Nellie” Tembe in April 2021. He explained that things were looking up for him and he was feeling blessed. “For what it’s worth, I’m just happy to be alive, busy and doing what I love again. Everything else right now is just a bonus,” he said. The rapper also encouraged artists who didn’t make it onto the annual Spotify Wrapped list of most popular artists to not give up.

4. Prince Harry and Duchess Meghan reveal Tyler Perry is the godfather to their daughter

Tyler Perry offered Prince Harry and Meghan his home and his security for “several months” when they moved to the US. He had never met them before. He is now the godfather to their daughter, Lilibet: "I had to take a minute to take that in. I thought, 'I'd be absolutely honored'" pic.twitter.com/xdWC9HXzgZ

It was previously known that media mogul Tyler Perry offered the Duke and Duchess of Sussex the use of his California home after the couple stepped down from royal duties and left the United Kingdom. However, a new tidbit has been revealed in the duo’s Netflix docuseries, Harry and Meghan. Perry confirmed that he is the godfather to Prince Harry and Meghan Markle’s daughter, Lilibet Diana Mountbatten-Windsor, who was born in June of 2021. “We’ll call and we’ll chat and we’ll talk about silly things, but they were pretty serious on the phone and I go, ‘Okay, what’s going on?’ They said, ‘Well, we’d like for you to be Lili’s godfather.’ I go, ‘Whoa.’ I had to take a minute to take that in,” Perry said. “And I thought, ‘I’d be honored. I’d be absolutely honored.'”

The producer/director elaborated on his one condition before accepting. “I got off the phone, took it all in, and then called them back, and I go, ‘Uh, hold on a second—does that mean we gotta go over there and do all of that in the church with [the royal family] and figure that all out, because I don’t wanna do that,” he said. “Maybe we can do a little private ceremony here and let that be that, and if you have to do it there, then that’s okay.” In the final episode of the series, the couple shares photos of Lilibet who was named after the late Queen Elizabeth II and the late Princess Diana.

Real Madrid has confirmed that a deal has been agreed upon to sign highly-rated Brazilian teenager Endrick from Palmeiras. Madrid will pay Endrick’s €60 million (£52m/$64m) release clause, with €35m due up front and a further €25m in add-ons. They will also have to pay a further €12m in taxes related to the deal. Endrick won’t make the switch until he turns 18, in 2024. His initial contract is set to run until 2027, with a further option for it to be extended through 2030. Young Thug Charges

Endrick has been the subject of mass transfer speculation for the last year after establishing himself as one of the world’s best teenage talents. Chelsea, Barcelona, and Paris Saint-Germain were all reported to be pursuing his signature, but Los Blancos have won the race.

9 Ways To Boost Your Immune System This Winter / Harmattan