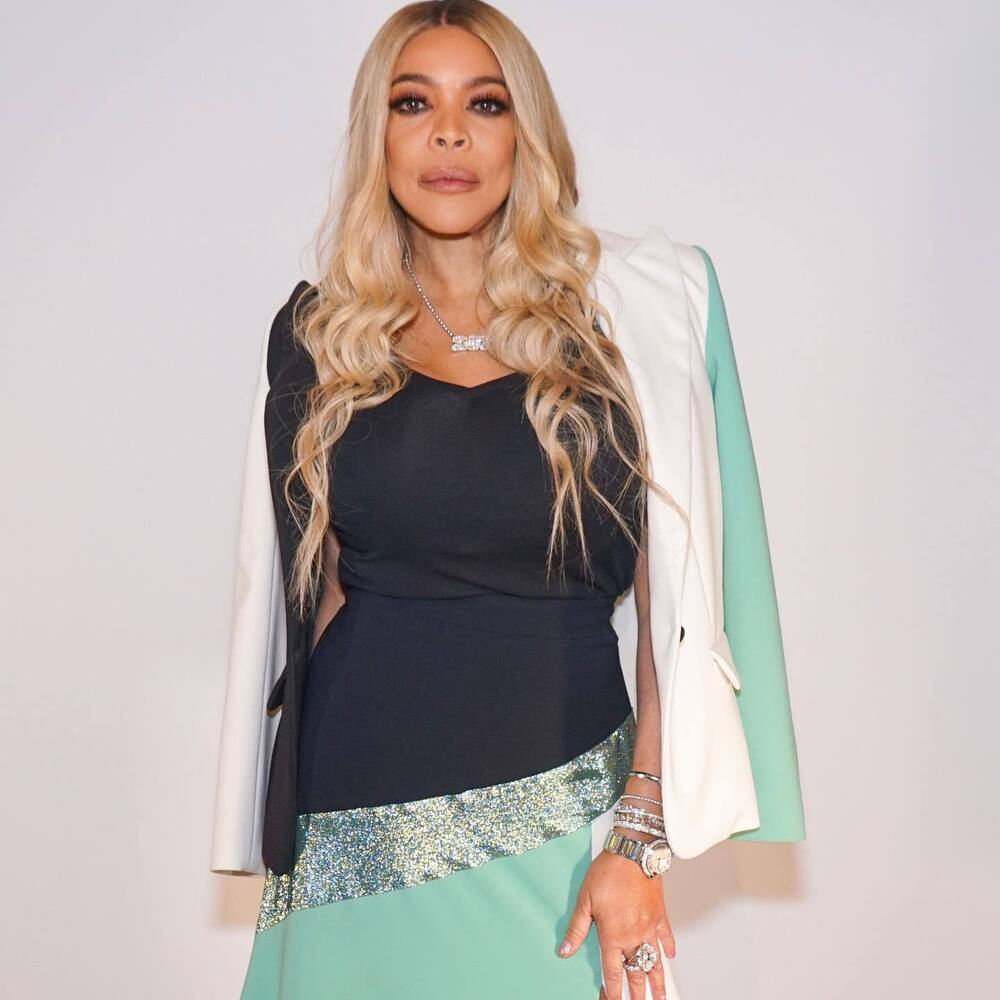 The Wendy Williams Show to end after 13 years, Kehinde Bankole joins cast of Disney series, Serena Williams to play Wimbledon. Stay in the know with our Rave News Digest which summarizes five of the hottest global news you need to catch up on, saving you time and energy. Consider it your daily news fix.

After 13 years, The Wendy Williams Show is ending, but unfortunately, the titular host will not return for the final episode. A representative for the show told the media that the daytime talk show will air its final episode on Friday, June 17 and that Williams will not be in attendance for the finale of the show. Williams’ recent health complications caused her to step away from the iconic purple chair, but the show kept rolling throughout its 13th season with rotating guest hosts including Sherri Shepherd and Michael Rapaport.

Over the years, Williams has taken multiple breaks from her show due to suffering from Graves’ disease and lymphedema, as well as substance abuse. The mother-of-one has been open about her struggles, telling viewers in 2019 that she was living in a sober house at the time following an alcohol relapse.

The co-presidents of Demar-Mercury, which produces and distributes The Wendy Williams Show, previously said, “Other than her health, she could have continued to keep doing it as long as she wanted. She was still getting A-ratings and she has a die-hard audience that turned it into a profitable show. We were protecting the business while we waited for her. And at some point, we had to say, ‘We have a business to run and she’s not here.’ It was a hard call.”

Kehinde Bankole has been announced as one of the cast members of the new Disney+ animated series “Kizazi Moto: Generation Fire.” It was reported that the production company announced fresh details of the anticipated 10-part Original anthology series on Wednesday, at the ongoing Annecy International Animation Film Festival. The streamer confirmed that the series will see “Blood Sisters” star Kehinde Bankole join “Black Panther” actress Florence Kasumba and South African rapper Nasty C as part of the film’s cast members.

Created by animators from Zimbabwe, Uganda, South Africa, Nigeria, Kenya, and Egypt, each film is expected to be roughly 10 minutes. It promises a wildly adventurous and unique take on Africa with themes that center on technological advancement, aliens, spirits, and monsters. The Disney+ Original is Executive Produced by Academy award-winning Director Peter Ramsey with Tendayi Nyeke and Anthony Silverston as supervising producers.

Netflix’s SA original series “How To Ruin Christmas” is set to return with a third installment called “The Baby Shower.” Production has started and it is set to be another jam-packed and drama-filled season of the show. In a statement, it was revealed Denise Zimba will be joining the cast. She will play Zama, a vivacious and determined slay queen who brings more chaos to an already imploding baby shower.

“The Baby Shower. After two chaotic, hilarious, and drama-filled Christmases, the Sellos and Twalas reunite to celebrate the imminent arrival of Beauty (Thando Thabethe) and Sbu’s (Sandile Mahlangu) bundle of joy. The stage is set for a showdown between the two families with a healthy number of mishaps, saucy secrets, and yes, succulent too,” read the statement. The star-studded cast of the previous series also makes a comeback for this new series which will air later this year.

Somalia’s President Hassan Sheikh Mohamud has appointed a new Prime Minister. Hamza Abdi Barre, who is a member of parliament for President Hassan Sheikh’s party, will take on the role. The president said he had been considering the selection of a new prime minister for some time, and saw Mr. Barre as a potential candidate. Speaking after his appointment, Mr. Barre said he would form a government worthy of rescuing the country, with the priority of working towards a united Somalia.

Although he has held various positions in the offices of the federal government of Somalia, his name rose to prominence when he became chairman of the Jubbaland Electoral Commission, from 2019 to 2020. Thirty days ago Somalia elected Hassan Sheikh Mohamud as Somalia’s 11th president after long-delayed elections that were marred by disagreements between then-President Mohamed Abdullahi Farmajo and his Prime Minister Mohamed Hussein Roble. The new prime minister is expected to form a government once he is approved by parliament.

5. Serena Williams will play Wimbledon after receiving a singles wildcard

Serena Williams will make her return to Grand Slam tennis at Wimbledon this month after being given a wildcard entry to the singles. The 40-year-old American, who is a 23-time Grand Slam singles champion, has not played since injuring herself in the first round at SW19 last year. She will make her return to tennis by playing doubles at Eastbourne alongside Tunisia’s Ons Jabeur in the week before Wimbledon then compete at the All England Club, where she is a seven-time singles champion. Williams’ elder sister Venus Williams, who has won the singles at Wimbledon five times and the doubles six times alongside Serena, was not in the initial batch of singles wildcards announced on Tuesday.

However, the 41-year-old, who has not played on the WTA Tour since August, could still be given one of the remaining two spots for the tournament, which begins on 27 June. On Tuesday, Serena posted an image of her trainers on the grass, captioning it: “SW and SW19. It’s a date.” She won the last of her Wimbledon titles in 2016 but reached the final in 2018 and 2019 after returning from maternity leave. She last won a Grand Slam singles title at the 2017 Australian Open.