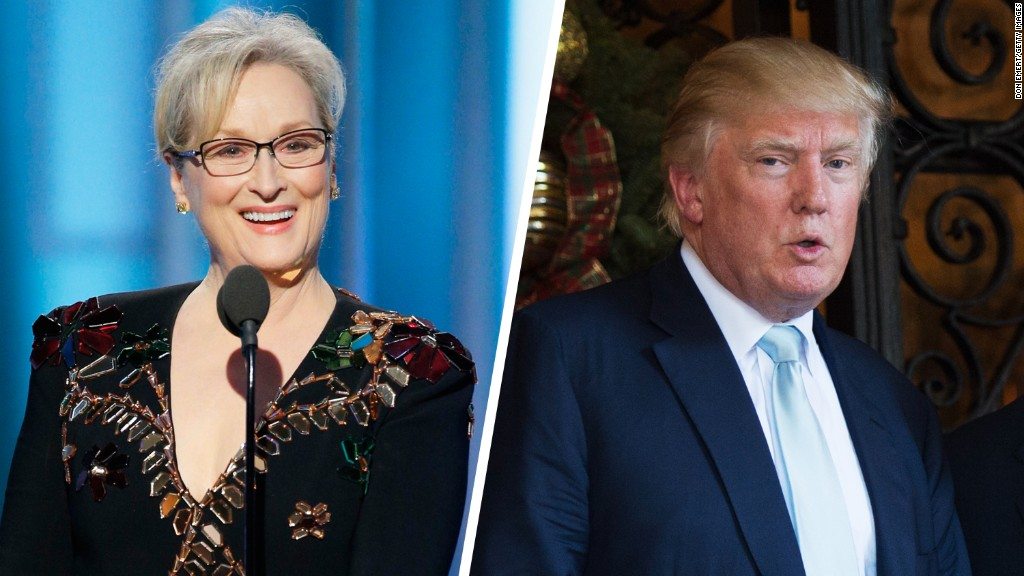 The 2017 Golden Globes definitely had the internet buzzing and social media popping its hats off not just to the A-list celebrities who sparkled and dazzled bright like stars on the red carpet or the actors and actresses who emerged winners of the prestigious awards but to award winning hollywood actress Meryl Streep who received the Cecil B. DeMille Award for lifetime achievement of work as she gave a rousing acceptance speech with a powerful subliminal message directed at the US President-Elect, Donald Trump.

During her speech Meryl called out Donald Trump, whom she never explicitly named in her speech, but went on to criticize for his “instinct to humiliate,” “disrespect,” and “bully” men and women, alike.

If for some reason you missed the speech or did not catch it in full details, here’s to filling you in.

From Lupita to Angelina Jolie, See Our Best Golden Globe Dresses Over the Past Decade