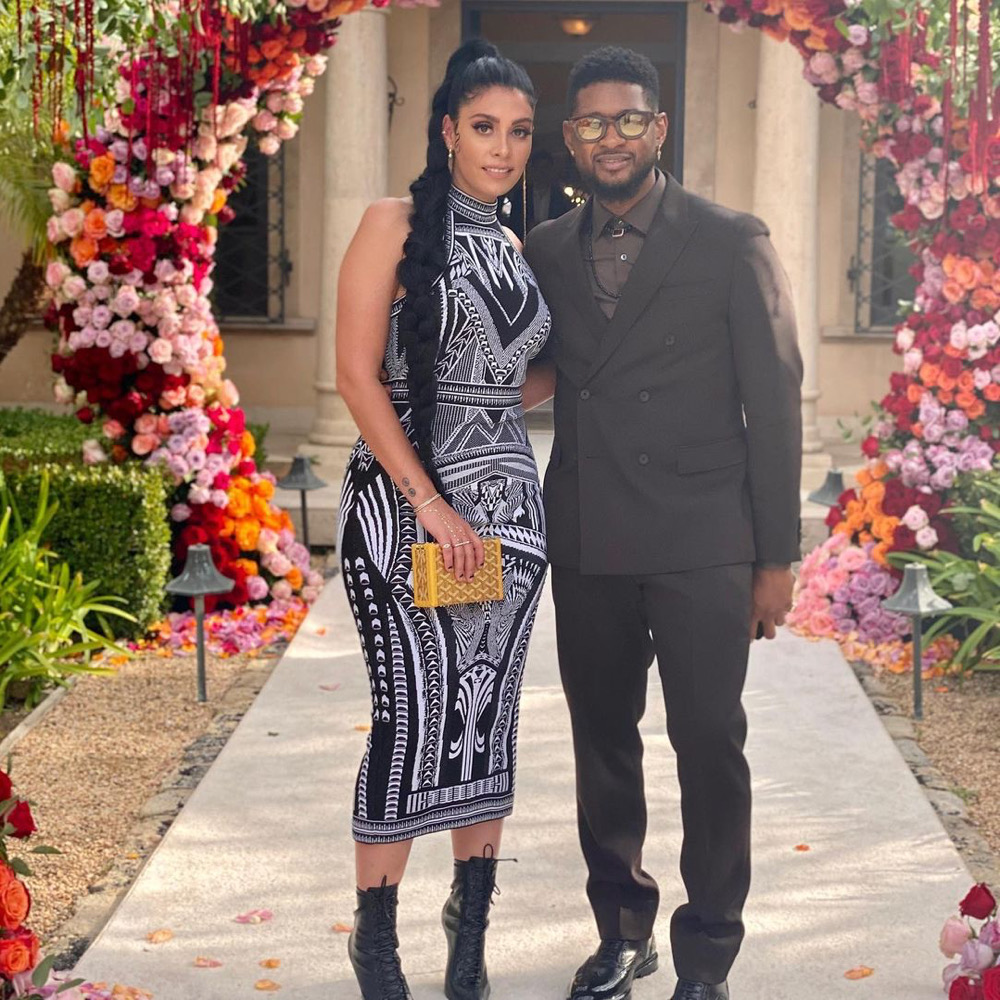 Usher and girlfriend expecting second child, Buhari appoints new COAS, David Alaba joins Real Madrid. Stay in the know with our Rave News Digest, which summarizes five of the hottest global news you need to catch up on, saving you time and energy. Consider it your daily news fix.

Usher will have to add more baby lullabies to his song list as the eight-time Grammy-winning R&B singer and his girlfriend, vice president of A&R at Epic Records, Jenn Goicoechea, are expecting their second child together. The mother-to-be shared that they’re expecting their second child on Instagram after Usher completed his hosting duties at the iHeart Radio Music Awards Thursday night.

“Another one in my @DJkhaled voice #iheartawards,” the music executive captioned two photos of herself and Usher cradling her growing baby bump.

President Muhammad Buhari has appointed Farouk Yahaya, a major general, as the new chief of army staff. This was contained in a statement by the acting Director of Defence Information, Onyema Nwachukwu.

Mr. Yahaya replaces Ibrahim Attahiru, a lieutenant general, who died in an air crash alongside 10 other officers and men of the army last week. Until his appointment, the new army chief was the Theatre Commander of Operation Hadin Kai, the counter-insurgency operation in the North-east.

I'm tired of talking!!! These guys wanna talk and tweet but when it's time to commit to anything he he sebono se botlhoko. Mxm. Where the energy he had yesterday? Let's get a date, then get the business in order and then we can see what's what. They love excuses. https://t.co/T1GIJzKNgp

Cassper Nyovest has called on Prince Kaybee to commit to a date for their boxing match instead of “talking.” If you missed it on Twitter, the industry rivals are set to fight each other after Kaybee challenged Cassper to brawl it out in the boxing ring. After some back and forth on Twitter, Nyovest was fed up with the talk and no action approach and took to Twitter in frustration.

Though he didn’t directly address the tweet, the star responded to a curious fan wondering why Prince Kaybee took several hours to respond. Kaybee said that he had been busy with a side gig and finally had time to catch up with Cassper’s tweets.

Germany has officially acknowledged committing genocide during its colonial occupation of Namibia and announced financial aid worth more than €1.1bn (£940m; $1.34bn). German colonizers killed tens of thousands of Herero and Nama people there in the early 20th Century massacres.

Foreign Minister Heiko Maas said his country was asking Namibia and the victims’ descendants for forgiveness. But activists say the aid is not enough to address the suffering inflicted. However, they will pay out the money over 30 years through spending on infrastructure, healthcare, and training programs benefiting the impacted communities.

Austria defender David Alaba has joined Real Madrid following his departure from Bayern Munich. The 28-year-old has joined the Spanish giants on a free transfer, signing a five-year deal.

Alaba came through the youth system at Bayern Munich after joining the German club in 2008. His arrival at Real Madrid comes just one day after manager Zinedine Zidane resigned following a trophyless 2020-2021 season. Alaba made 431 appearances for Bayern Munich during his 13 years at the Bundesliga side.