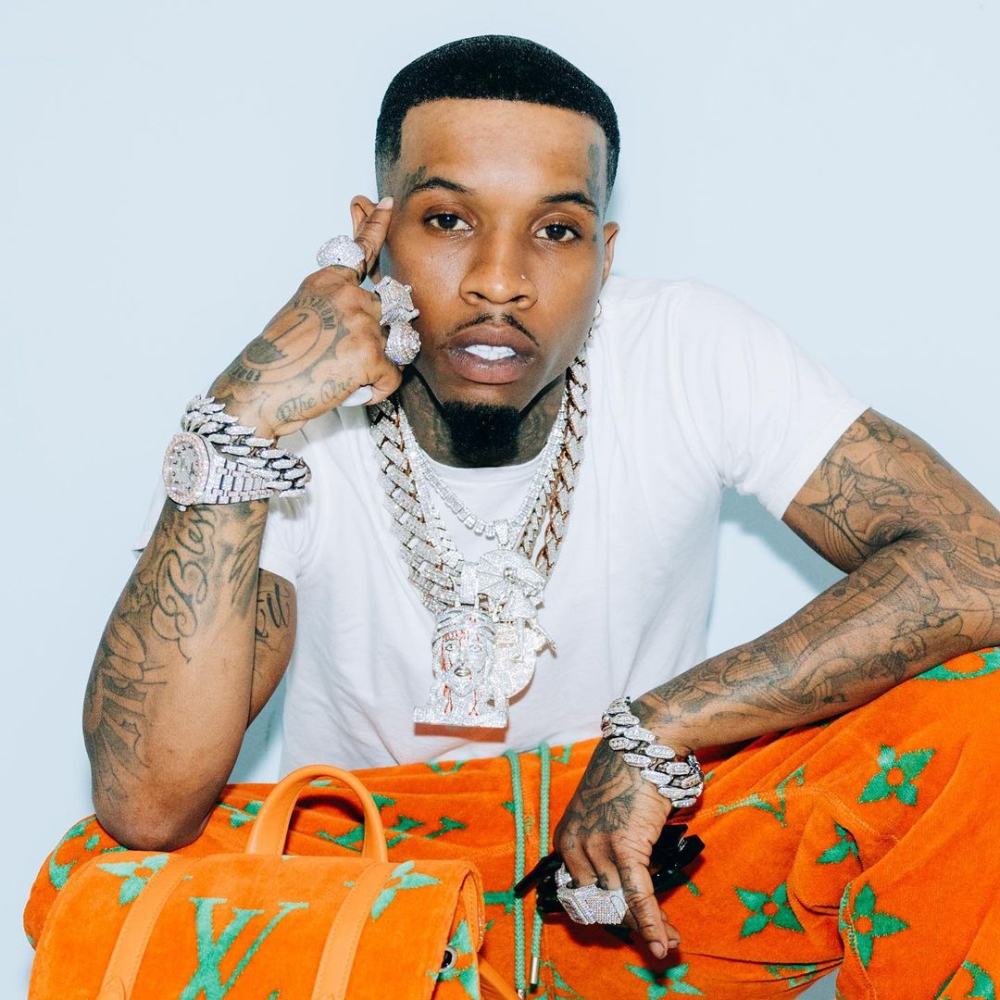 Tory Lanez trial update, actress Iyabo Ojo shows off new beau, Sevilla terminates Isco’s contract. Stay in the know with our Rave News Digest which summarizes five of the hottest global news you need to catch up on, saving you time and energy. Consider it your daily news fix.

Here’s my latest for @LawCrimeNews, about the testimony of Hollywood Hills homeowner Sean Kelly, who said the muzzle fire he saw originated with a woman but also clearly said Lanez was “firing everywhere” and very agitated, hurling “a torrent of abuse.” https://t.co/hWvUtzhchc

On Tuesday, December 20, things took a different turn during Tory Lanez’s trial as a man testified that he witnessed the roadside assault against Megan Thee Stallion in July 2020 but also dropped a bombshell. Sean Kelly testified that he saw a “violent” brawl that first broke out between two women, followed by an angry man, alleged to be the Toronto rapper, who was “firing everywhere.” According to reports, Kelly recalled that he awoke to the sounds of two women violently fighting by a car, where they were “pulling their hair and hitting each other.” However, he did not report a shooting when he called 911, just that a group of women was fighting.

Kelly also reportedly told the defense that he did not see someone fire a gun but rather “just saw flashes,” again testifying that they came from the shorter gentlemen—a term he used to describe Lanez repeatedly during his testimony. He said Lanez appeared to be “very angry” and “making lots of noise,” but reiterated that he “never saw a gun.” The witness said he saw a woman fire the first shot: “I believe I saw the girl shoot first,” but he didn’t know she had a gun at the time; “I believed it was fireworks.”

Additionally, Kelly noted, “everyone was fighting—even the driver” of the SUV the trio, including Megan’s former best friend Kelsey Harris, were reportedly in at the time of the incident. He then, once again, claimed that Lanez “was pushing and fighting both girls… then everyone started beating one girl,” and concluded that “it appeared that they were going to throw her in the river.” Tuesday marked the seventh day of testimony in Tory Lanez’s alleged shooting trial in Los Angeles.

Nollywood actress Iyabo Ojo has turned 45, and on her birthday, the actress also unveiled her beau to the public. In her birthday post, she revealed that the CEO of Upfront and Personal Management, Paul Okoye, popularly known as Paulo, is her lover. Before her announcement, the actress had hinted at dating an Igbo man and promised to let the world know about him at the right time.

In the caption, she referred to Paulo as “Obi’m,” which is loosely translated as “my heart” in Igbo. Ojo wrote, “My Obi’m. Happy 45th birthday Iysexy. New age, new life, new wins. Cheers to forever #iypaulo.” The entrepreneur in a similar vein also took to his Instagram page to celebrate his woman. In his post, he described her as “Ezenwanyi,” meaning “queen of all women” in Igbo.

The theme for the evening was black tie, and everyone seemed to wear their finest as invited guests poured in sporting fitted suits and stunning evening dresses. “What a special celebration for a once-in-lifetime achievement,” noted Sibo Mhlungu, Bantwini’s manager and business partner. “It’s not every day we get to celebrate a nomination at the most vaunted awards ceremony in the world. Whatever the outcome, we are super proud of the year we’ve had. Thank you to our incredible partners and our hard-working team.”

In October 2021, Kenyan marathoner Diana Kipyokei won the Boston marathon. She has now been stripped of her title after accusations of doping. According to reports, a urine sample revealed traces of triamcinolone acetonide, which is an anti-inflammatory that is banned at races unless the athlete has permission. The AIU (Athletics Integrity Unit) accused the 28-year-old of “misleading information” to explain using triamcinolone acetonide, “including fake documentation, which she alleged came from a hospital.”

The AIU said in a statement, “In her explanation, she claimed to have been prescribed medication by a doctor at a hospital to treat an ankle injury and presented supporting documentation. However, investigations revealed that, though Rionoripo was treated at the hospital, she had altered her prescription form to include Lasix (the commercial name for furosemide).” Kiprokei chose not to challenge the charges, according to the AIU.

📰 #SevillaFC have reached an agreement with @isco_alarcon to terminate his contract.

Former Real Madrid star Isco has agreed to a contract termination at Sevilla, cutting short a deal that was supposed to run until 2024. Sevilla confirmed the 30-year-old’s departure on Wednesday, with the attacking midfielder now a free agent heading into the January window. Isco had seen his role diminished after former manager Julen Lopetegui, who encouraged Isco to sign as a free agent following his exit from Real Madrid, was fired in early October and replaced by Jorge Sampaoli. Isco’s contract had been due to run until 2024, but he has now departed the club with immediate effect.

Isco had a publicly frosty relationship with the director of football Monchi and was training alone prior to the World Cup break, reportedly due to an ankle issue. Marca initially reported that the two parties were looking for an exit path in mid-November.