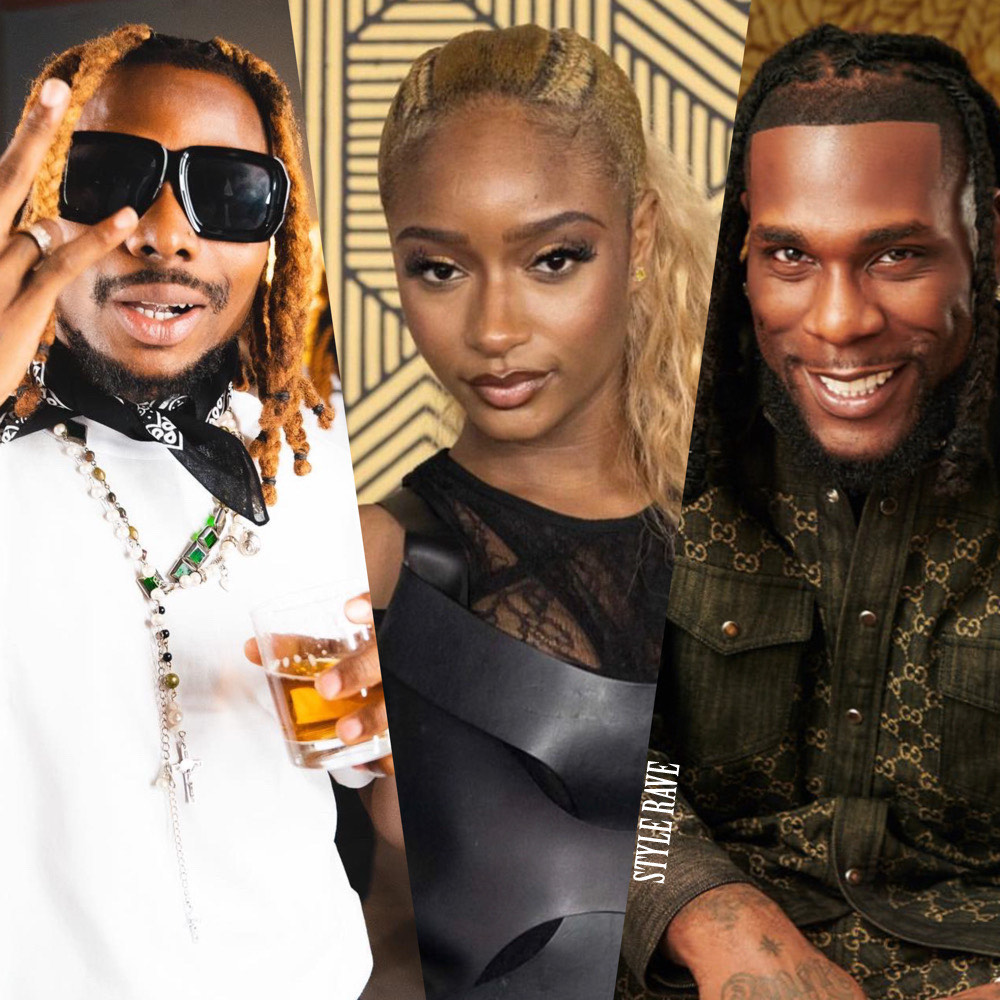 The year 2022 has been a great year for Afrobeats, as it saw many global successes and properly became a mainstream genre. This year, Afrobeats gained more traction than in previous years, with giant music platform Billboard dedicating an entire chart to it, among other accolades. This owes to the many Nigerian artists whose talents and hard work have helped take the genre global. Exploring the top Afrobeat songs 2022 has been quite an interesting task, one that I undertook with particular passion and pride.

The Nigerian music scene continues to churn out hits that resonate across the West African region, the continent, and the entire world. This year has been no different for the thriving musical output of the country, with major releases from the likes of Burna Boy, Ayra Starr, as well as Asake, who practically owned the year. To help you build a holiday playlist that’ll keep you dancing all season long, we’ve curated a list of the top Afrobeat songs that made 2022 a turn-up year for fans across the globe.

Omah Lay, who we saw collaborate with Justin Bieber earlier this year, shared the new single and music video for Woman which gave fans a glimpse into his debut album, Boy Alone. The song follows the Nigerian star as he sings about how everything he does is for his woman. It’s a bouncy, dancefloor-ready affair paired with some sleek visuals. These characteristics are what made the song a long-standing favorite.

Asa came back in full swing with the release of her fifth studio album, V. Oceans, one of the latest singles from the album, sees her riding low-tempo guitar riffs with her serene vocal delivery in a song about comparing her love to an ocean. What’s not to love about it?

When Oxlade began the year, he didn’t think this was the trajectory it would take. He sure did not think a song he released in June for the music platform A Color Show would be what would give him global recognition. Fast forward to the end of the year, and Oxlade is a global name, and Ku Lo Sa, which blew up internationally on TikTok, is one of the biggest afrobeat songs of 2022.

After Baddest Boy had a big year in 2021, it was only right for the success to carry over into 2022. Owing to this, Davido hopped on the remix, which was released in January 2022, and the song blew up even bigger. Baddest boy became a club anthem for the most part of 2022 and set the pace for Skiibii’s successful career this year. Top Afrobeat songs 2022

When Kizz Daniel released Buga featuring Tekno, his fear was that he might not be as popular among Nigerians as he used to be. Boy, was he wrong! As bright and lively an affair as this supremely addictive earworm of a tune is, it went on to become a global hit across various age groups and even earned the singer a chance to perform at the 2022 World Cup.

Davido connected with Kanye West’s Sunday Service Choir for Stand Strong, a soulful and gospel-leaning single built on afro-fusion percussion. Taking a break from his usual party vibes, the music giant took a detour to try something different, and it paid off greatly. Stand Strong was embraced by many because of its motivational theme, something many needed in an economically bleak year.

Rema, the prince of Nigerian music, dropped his new album, Rave & Roses, in March of this year. He also shared the lead single from the project, Calm Down, a guitar-led mid-tempo composition produced by Andre Vibez and London. Calm down is about the events that led him to find love at the time. The mid-tempo groove of this song and its romantic theme is what has made it a favorite of people this year.

When Ayra Starr released Rush in September, people thought it was the beginning of a new album era. It turns out it was one of the singles off the deluxe version of her debut album, 19 and Dangerous. Regardless, Rush was a hit. The video itself is a fusion of vibrant hues, balanced with a mix of monochrome schemes. The music video showcases Starr’s vast palette for fashion and even highlights some signature Y2K looks that the singer has become known for. The video came a few weeks after the singer initially released the audio for the song, which became her first solo single of 2022.

If a survey is carried out now, we bet Sungba will be the majority’s favorite song by Asake. It is no surprise as the song is a catchy, fast-tempo tune with caption-worthy lyrics. That is why it was no surprise when Burna Boy decided to jump on the remix, elevating the already great song and making it unimaginably better.

After a few not-so-successful songs, Crayon was ready to give up on music. Giving it one more try, he released Ijo (Laba Laba) — a groovy, inspirational anthem that wasted no time in blowing up across the country and also became one of TikTok’s most popular sounds in the region.

Mavin Records gathered the whole gang as they released this addictive single, Overdose, which was the first taste of their 10-year anniversary celebration album. Produced by the label boss himself, Don Jazzy, the song shines a light on the individual talents of the label artists—featuring Rema, Crayon, Ayra Starr, Ladipoe, Magixx, Johnny Drille, Bayanni, and Boy Spyce dropping their own verses—while also showing a collective team effort to bring the project to life.

When Nigerian producer-turned-artiste Pheelz released Finesse, his first attempt at releasing music as a singer, which features contributions from BNXN (formerly known as Buju), the world stopped. The question on everyone’s lips was, “where has he been keeping this talent?” The song went on to do so well, it spent a few weeks on the Billboard Hot 100 and also got him a deal with Warner Records.

YBNL star Fireboy DML connects with the rising Asake for Bandana, an inspirational and thankful tune in which Fireboy counts his blessings while telling his story. The second offering off his third studio album, Playboy, is built on a guitar riff and Afrobeats-inspired percussion. This song was one of the most anticipated songs of 2022 because it brought together two of Nigeria’s hottest singers at the moment.

Right on the edge of stardom, YBNL act Asake released Peace be Unto You which solidified his space at the top of the industry and made it clear he owned 2022. Asake was definitely the biggest artiste out of Africa this year, with his debut album,  Mr. Money With The Vibes selling over 60,000 copies in the US alone in the first week of its release, making it the highest first-week sales of any African act. PBUY became an anthem globally, which is a big feat for an indigenous artiste.

Nigerian singer-songwriter Burna Boy did it again with the release of his new album, Love, Damini. While there are many songs we could’ve picked from the stellar 19-song album, our choice is Last Last. The African Giant made his directorial debut with this single, which dropped a month before his highly anticipated sixth studio album. The song samples American R&B singer Toni Braxton’s hit single He Wasn’t Man Enough. This song carried the world through the summer and spent weeks on the global charts. Top Afrobeat songs 2022