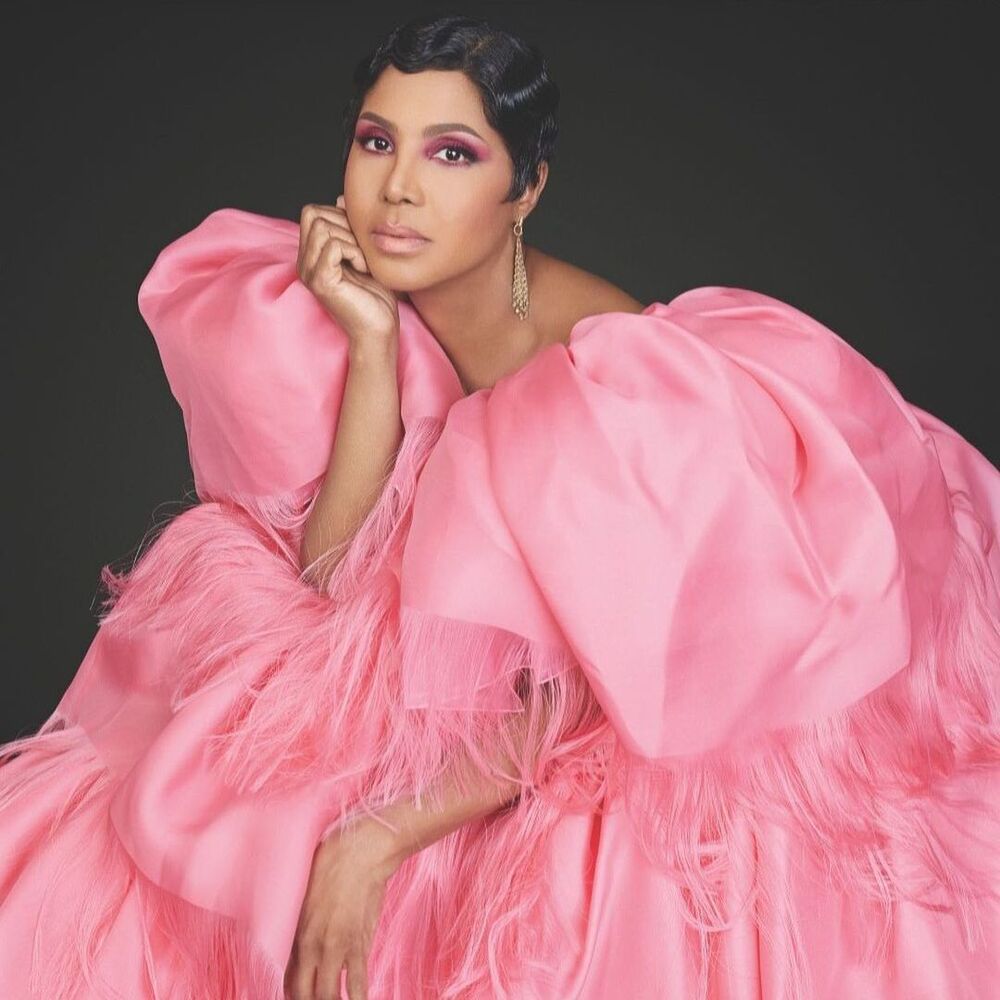 Toni Braxton launches fragrance, Wizkid breaks Audiomack record, Solskjaer advices Rashford. Stay in the know with our Rave News Digest which summarizes five of the hottest global news you need to catch up on, saving you time and energy. Consider it your daily news fix.

Toni Braxton is expanding her reach into the beauty industry. Recently, the soulful singer announced the launch of her first-ever fragrance with TV shopping giant HSN. Named Breathe by Toni Braxton and priced at $75, the microphone-shaped scent features notes of bergamot, coconut water, lemon mist, water lily, white jasmine, and vanilla. The new fragrance also pays homage to both her one-of-a-kind $1M bedazzled microphone and hit song that appeared on her self-titled debut album in 1993.

The star says she was inspired to create a blend that commands attention; one of those unmistakable scents that gets people talking. Toni took a similar approach when designing the bottle — she says the vanity display-worthy design was modeled after the one-of-a-kind million-dollar bedazzled microphone she performed with at her Las Vegas shows during the 2000s.

Internationally celebrated Nigerian musician, Wizkid, has become the first African artist to reach 300 million streams on Audiomack. His 2020 album, “Made in Lagos” may be topping billboards and countdown counters around the globe, but a recent check on Audiomack, an on-demand music streaming and audio discovery platform that allows artists and creators to upload limitless music and podcasts for listeners through its mobile apps and website, reveals that Wizkid via his album, Made in Lagos, is the first African artist to reach the 300 million streams on the music site.

Made in Lagos is the fourth studio and second major-label album by the Nigerian singer. It was released on 30 October 2020 by Starboy Entertainment and RCA Records. This adds to the many accolades the album and hit song, “Essence” have gotten this year.

3. South Africa: Khanyi Mbau hints at a remix to her ‘Shiyi’indoda eDubai’ song

South African socialite and actress Khanyi Mbau is riding the wave of her song “Shiyi’Indoda e Dubai” while it’s still hot. The actress was the talk of the town when she ditched her beau in Dubai without an explanation last month. The media personality then returned to Kudzai Mushonga’s arms like nothing happened. A song was born out of all this drama called Shiyi’Indoda e Dubai , which left SA shook.

To ride on the momentum, Khanyi has added another twist to this Dubai story. The singer is spending some time in the studio and recently took to her Instagram stories to drop hints that she is working on the remix of the initial ‘Shiyi’indoda eDubai song with Sir Trill.

In the name of opposing slavery, Jesus College is returning this artifact to the Oba of Benin. These people are actually cretins.https://t.co/G3MbYh8KAj

A bronze cockerel kept at Cambridge University that had been looted in a Nigerian raid during colonization will be handed back this month. The Benin bronze, known as an “okukor”, was given to Jesus College in 1905. In 2016 it was removed from display and the Legacy of Slavery Working Party (LSWP) recommended it be returned. The college said it became the first institution in the world to announce its decision to return a Benin Bronze, in 2019.

The LSWP, which includes academics and students, was set up in 2019 by the college to investigate historical links it may have to the slave trade. The group concluded that the statue “belongs with the current Oba at the Court of Benin.” It will be returned to Nigeria’s National Commission for Museums and Monuments in a ceremony at Jesus College, attended by delegates from the commission and Benin, on October 27.

5. Solskjaer calls on Man Utd star Rashford to prioritize football as he closes in on season debut

Marcus Rashford needs to "prioritise his football" if he is to meet the twin challenges of playing for club and country, says Ole Gunnar Solskjaer.

Ole Gunnar Solskjaer has expressed his desire for Marcus Rashford to prioritize football moving forward as the manager said the best is yet to come from the Manchester United striker. Rashford is included in United’s squad for their trip to Leicester City today, September 16, as he looks to make his season debut following off-season shoulder surgery. The 23-year-old has been lauded as much for his off-field work as for his displays on the pitch, as he was awarded with an MBE for his efforts to end child poverty. Toni Braxton fragrance

Rashford has been on the front lines of political fights in recent years, and recently outlined why he will never just stick to football as he continues to battle for causes he believes in. Meanwhile, he has continued to be a key performer for club and country, as he was part of the England side that reached the Euro 2020 final this summer.