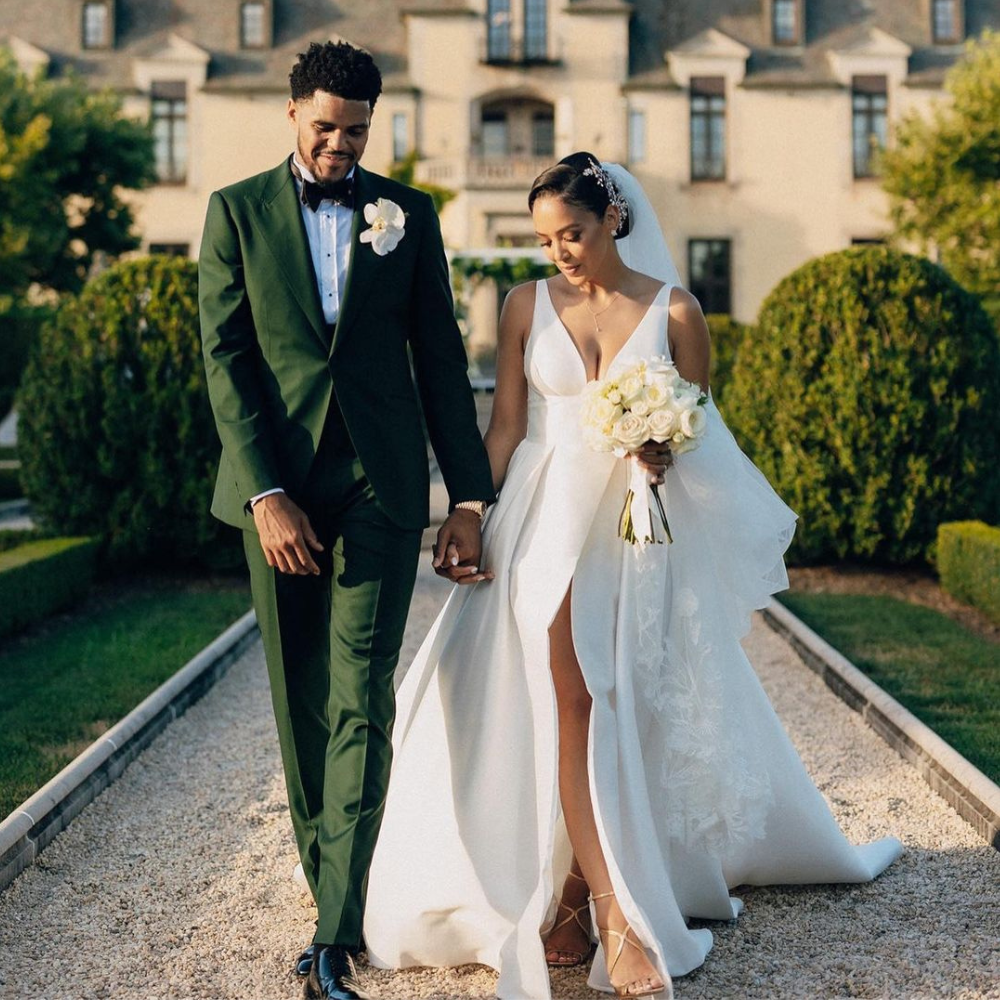 NBA star Tobias Harris ties the knot, Kizz Daniel arrested in Tanzania, Isco signs to Sevilla. Stay in the know with our Rave News Digest which summarizes five of the hottest global news you need to catch up on, saving you time and energy. Consider it your daily news fix. Tobias Harris wedding.

NBA star Tobias Harris and Jasmine Winton tied the knot Saturday, August 6 at a lovely wedding ceremony at Oheka Castle in Huntington, New York, reports say. “Today I get to marry my best friend!!!!” the Philadelphia 76ers forward, 30, shared with the world via a tweet before the nuptials. Winton, 31, told the press that there wasn’t a specific moment when she just knew that Harris was the right man for her.

2. Nigeria: Kizz Daniel arrested in Tanzania over failure to perform

– Just In : Singer – Kizz Daniel arrested in Tanzania for not performing at his concert.

Nigerian Afrobeats superstar Kizz Daniel has been arrested after he failed to turn up for a show in Tanzania. Fans in the region had gathered on Sunday, August 7, to watch the hitmaker perform in a sold-out show. On Monday, August 8, a video surfaced online of angry fans throwing objects, including cans of drinks, at a deserted stage because Daniel had apparently failed to turn up to the event.

According to some reports on Twitter, Kizz Daniel failed to appear at the show because his luggage was yet to arrive in Tanzania from Uganda and he refused to wear the clothes offered to him in Tanzania. In the aftermath of the occurrence, the ‘BUGA‘ singer was arrested in the afternoon of Monday, August 8, with video of him being escorted into a waiting van by armed policemen flooding social media. The arrest is believed to be due to his absence at the said show in Tanzania and it’s unclear who filed a complaint or issued the warrant for his arrest.

3. South Africa: Singer Lira is back to singing after suffering a stroke

Award-winning musician Lira, who suffered a stoke in April while in Germany and was unable to sing following that, is back behind the mic. Real name Lerato Molapo, she shared an update of her recovery journey on Instagram. Along with a video of her in rehearsals, she wrote: “During rehearsal of Return to Me, featuring @mycsoweto ???. Speech challenging but I can still sing. ThrowBackFriday.”

The “Feel Good” singer’s comment section was filled with messages from thrilled fans and her industry friends who were once again excited to see her back in action. In the video, Lira can be seen dancing and clapping her hands as the tune fills the air.

Nigeria Threatens To Dump ECOWAS Over Discrepancies in Recruitment
First Deputy Speaker of the ECOWAS Parliament, Ahmed Idris Wase, said it has become imperative that Nigeria reviews its relevance and membership of the bloc. https://t.co/3EfKJgloej pic.twitter.com/tUJBCF0eUS

Nigeria is threatening to withdraw from the regional group, ECOWAS, following allegations that Nigerian candidates are being sidelined for jobs and promotions. Some in ECOWAS have also complained of nepotism — alleging that relatives and cronies are sometimes selected for posts.

Sidie Tunis, the ECOWAS parliamentary speaker, has ordered all recruitment to the organization to be suspended and created a panel to investigate alleged malpractice that will report its findings within a week. The leadership of the organization’s parliament has said it will uphold and protect the rights of all citizens of the community to aspire to positions in any ECOWAS institution, in line with the provisions of the body’s founding protocols.

Former Real Madrid star Isco has joined Sevilla after signing a two-year contract with the Spanish outfit. Isco has been a free agent since leaving Madrid at the end of his contract on June 30, and arrived at Estadio Sanchez Pizjuan to complete his move with a medical on Monday. Sevilla had announced a deal in principle to sign Isco on Sunday, which was followed up the next day by confirmation that the move was complete.

A statement on the club’s website read: “Isco Alarcon has now officially signed for Sevilla FC on a two-year deal. After yesterday’s announcement that he had signed an agreement in principle, the midfielder has today passed his medical and put pen to paper. The Malagueno will be here until at least the end of the 2023-24 season. In the coming days, Isco will be formally unveiled as a Sevillista and will meet up with his new teammates for his first training session.”

A Night Of Scents, Sounds, And Splendor: Stronger With You Oud By Emporio Armani, Launches In Lagos, Nigeria