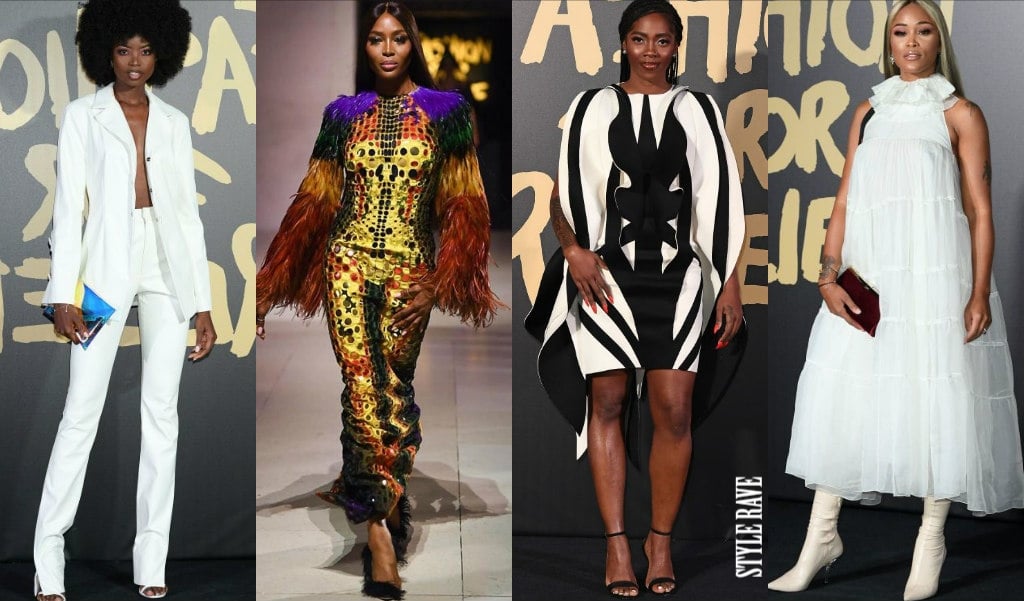 How Do You Arrive At A Party Without Being Missed? ‘Pretty Mike Of Lagos’ Shows Up On A Horse

Last Saturday, Supermodel Naomi Campbell held her annual Fashion For Relief event at the British Museum in London, England. The event, which was held during the just concluded London Fashion Week, featured Nigerian Afro-Pop superstar Tiwa Savage as she made her runway debut.

Founded in 2005, Fashion for Relief is a charitable organization that has raised money for a number of environmental and humanitarian causes. It holds several charitable events in association with the London-based non-profit organization, CARE. Speaking with Vogue UK, Tiwa Savage revealed that Naomi Campbell is the only one she would take to the runway for.

“Naomi’s been at the forefront of pushing Afrobeats and the continent to the world. She is super sweet and to allow me to be a part of this is just incredible. You prepare for so many hours and then in a few seconds, it’s done. It is definitely a different experience from singing. It was very quick and it’s not as easy as it looks… I just found out.”

This is coming just days after the singer dropped her new single 49-99 which has since been enjoying massive airplay and global promotion.

The show also played host to other power players in the international fashion industry including Adut Akech who walked the show, Maria Borges, Naomie Harris, Patricia Bright and more who all came to show their support.

Here are a few more images from the show…

How Do You Arrive At A Party Without Being Missed? ‘Pretty Mike Of Lagos’ Shows Up On A Horse