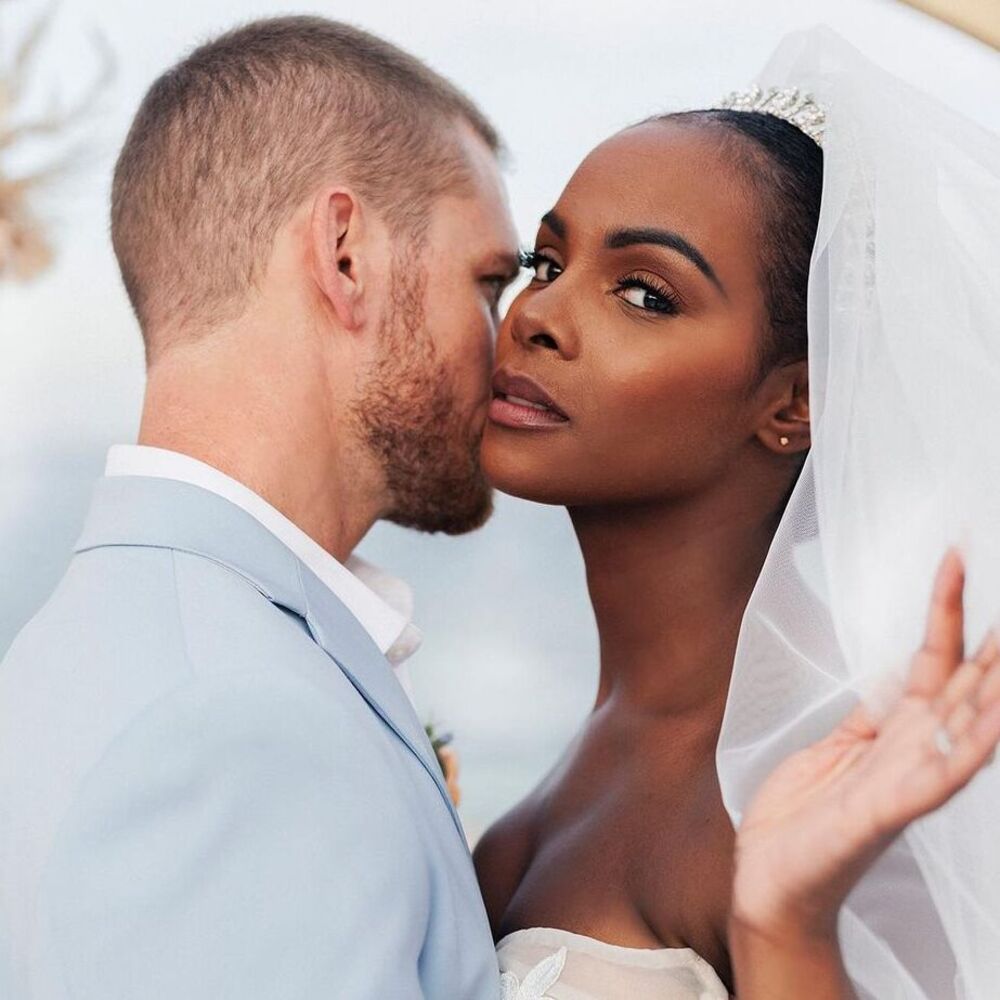 Tika Sumpter and Nicholas James are married, Nollywood actor Leo Mezie passes on, Suarez to exit Atletico Madrid. Stay in the know with our Rave News Digest which summarizes five of the hottest global news you need to catch up on, saving you time and energy. Consider it your daily news fix.

Tika Sumpter and Nicholas James have tied the knot. According to reports, the actors married on Saturday, May 14 in Cabo San Lucas, Mexico, in a “modern boho-chic” wedding ceremony. “We’re excited to be together and continue the journey,” Tika shared. “We both walked down the aisle with clear eyes, knowing that the wedding wasn’t just for the party. It was really for us.” The couple wedded in front of their loved ones at Chileno Bay Resorts & Residences (Auberge Resorts Collection), which is described on the website as “a contemporary sanctuary nestled on one of Cabo’s only swimmable beaches.” Tika Sumpter Married

The bride wore a strapless Galia Lahav gown for the elegant wedding, while her groom wore a pale blue tailored suit by Franc Milton. The couple met in 2015 on the set of The Haves and the Have Nots. In October 2016, they welcomed their first child together, daughter Ella-Loren.

Congratulations to the newlyweds!

Nollywood actor Leo Mezie has died. Chioma Topis, a colleague of the actor, broke the news of his demise on social media. On Monday, May 16, the actress shared the heartbreaking news on her Instagram page. “Actor Leo Mezie is dead. He died on Saturday in Abuja while recovering from kidney transplant. His corpse has been moved to Umuahia his hometown. RIP Leo,” she wrote.

For years, the actor has been battling the illness and even underwent surgery in the United Kingdom in 2016. Mezie was a Nollywood actor, writer, and producer till his death.

The precious cargo of newlyweds Andile Mpisane and Tamia Mpisane has arrived, and grandmother MaMkhize is overjoyed. The reality TV actress and businesswoman announced the birth of the baby girl on Instagram. She uploaded a photo of Andile cradling her grandchild’s adorable feet. “Dear Baby. Oh, how I can’t wait to meet you. One day when you get to see this, I want you to know just how precious you are to me. From the moment I knew about you, I fell insanely in love with you.”

Tamia confirmed her pregnancy and wrote a very meaningful message to her baby on Instagram in February, putting the rumors to rest after months of speculation. Andile Mpisane, who has two children with socialite and DJ Sithelo Shozi, expressed his excitement to see Tamia become a mother. Tika Sumpter Married

Kourtney Kardashian and Travis Barker are officially married. On Sunday, the couple reportedly tied the knot in an intimate ceremony in Santa Barbara. Photos from the day showed the bride and groom exchanging vows in front of a small group of close friends and family members before riding away as newlyweds in a black lowrider convertible.

As reported, the press was told by a source, “They had to legally get married first ahead of their big Italian wedding, which is happening very soon. All the details are set and the whole family, including all the kids, are very excited.” After less than a year of dating, the couple got engaged in October 2021. The pair later had a “practice wedding” at a Las Vegas wedding chapel following the 2022 Grammy Awards.

At the end of the game, the Wanda Metropolitano will pay tribute to Luis Suárez and Héctor Herrera, who are saying goodbye to the Red & White family today. #GraciasSuárez #GraciasHerrera pic.twitter.com/qR9Xkk8RD6

Atletico Madrid revealed on Sunday, before their La Liga match against Sevilla, that Luis Suarez will leave at the end of the season. The Rojiblancos decided to announce the forward’s impending exit before the season ended so that he could be recognized at Wanda Metropolitano. Hector Herrera, a midfielder, will also leave this summer to join the Houston Dynamo.

The Uruguayan forward arrived before last season under surprising circumstances, having spent the previous six years at rival Barcelona. He quickly endeared himself to Atletico Madrid fans with a 21-goal debut season as the club raced to a league title triumph. The midfielder, also set to be honored on Sunday, has been with the organization slightly longer than Suarez, spending the past three seasons with the Rojiblancos. Tika Sumpter Married

From Mother’s Day to Birthdays: 4 Timeless Gift Ideas For Moms