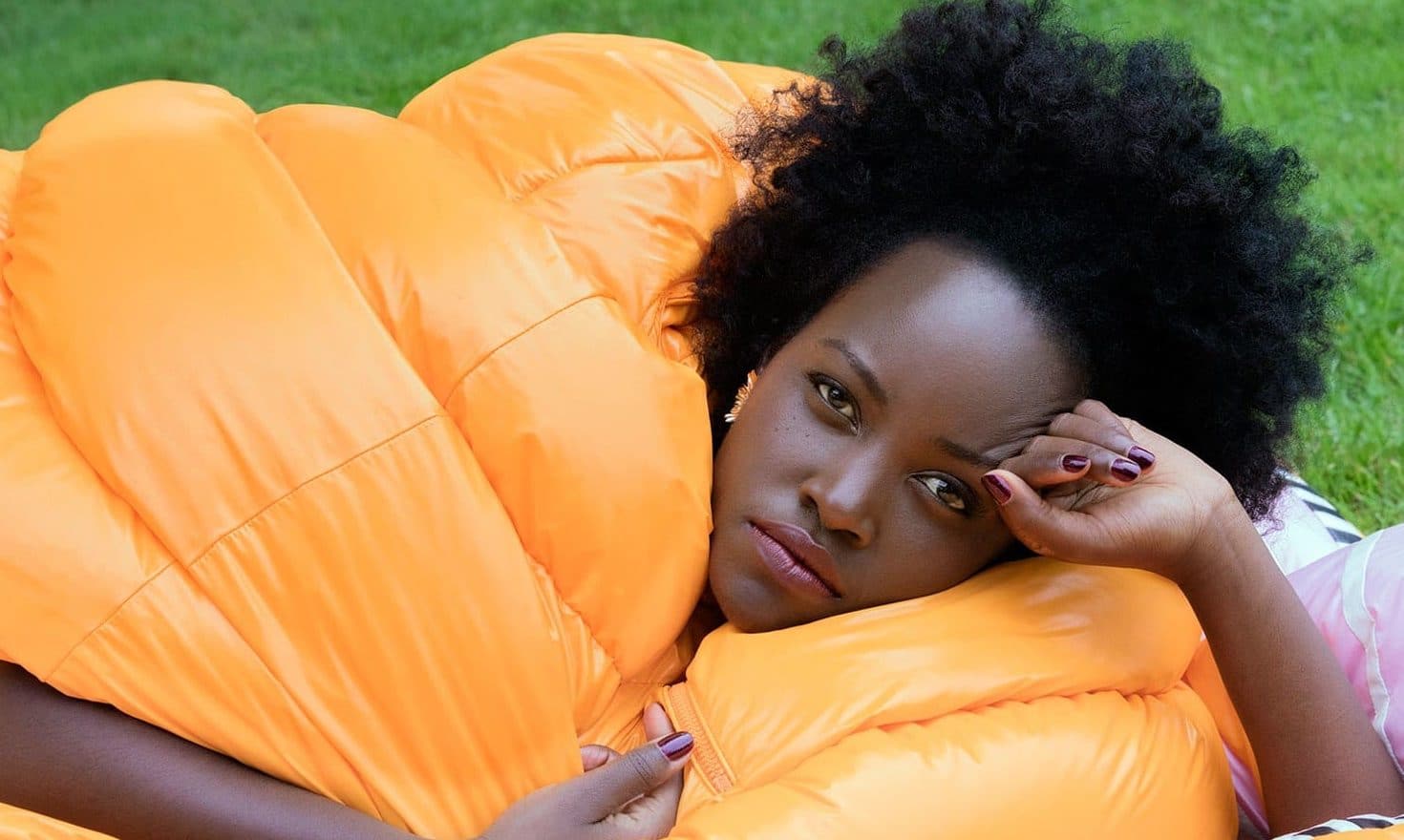 Vanity Fair just released its cover for their October 2019 issue featuring 36-year-old Kenyan-Mexican actress Lupita Amondi Nyong’o. There is no debate that the beautiful actress serves flawless looks just as well as she serves up any acting role she is given.

The cover story was shot in the gardens of the Pleasantdale Château in West Orange, New Jersey by photographer Jackie Nickerson with Samir Nasr styling Lupita.

1. On her sense of style

“The gesture of my style is definitely my mom. I always thought she was very elegant, and she was always present with the way she put herself together without being precious,” says Lupita, citing her mother’s ritual home manicure every Sunday night while the family watched television together.

But she also looked up to her Aunt Amondi, her mother’s sister, whose style tacked in the opposite direction: black leather jackets, a mohawk at one point, even the motorcycle to complete the look. “I kind of oscillated between the two. I find I love the elegant, the classic, the simple, but I also like the outrageous and the quirky and the almost accidental.”

2. Her introduction into Hollywood

Lupita’s introduction to Hollywood came in the form of her stint as a production assistant on The Constant Gardener. Then, in her last year at Yale, Lupita landed an audition with director Steve McQueen for a role in 12 Years a Slave, based on Solomon Northup’s real-life account of his kidnapping and enslavement on Edwin Epps’s Louisiana plantation.

Lupita won an Oscar for her performance, thrusting her into the public eye and kick-starting a rapid ascent. In her acceptance speech, Lupita said: “It doesn’t escape me for one moment that so much joy in my life is thanks to so much pain in someone else’s.”

She talked about having to speak out against Harvey Weinstein two years ago. In a bone-chilling op-ed in the New York Times, Lupita recounted her run-ins with him. She wrote in vivid detail of narrowly escaping the producer’s grasp in the confines of his home, with his family in nearby rooms. After another creepy encounter, she vowed never to work with him. She also vowed to “never shut up about this kind of thing.”

Now, although she notes she is still limited to her own experiences and those that wend through the industry grapevine, Lupita Nyong’o says that in the nearly two years since,

“there is definitely more of a sensitivity toward sexism, chauvinism, abuse and that many film sets often employ an ‘intimacy coach.’ In the past, when it came to physical combat, there were always consultants on set, but when it came to intimacy there was never, ever somebody present to help actors navigate that. Now you have that, which I think is a great inclusion and ensures that those kinds of abuses don’t happen. I think there’s also at times an oversensitivity, which I just think is the nature of the pendulum shifting and it takes time to find the balance. I’m quite happy that there is that kind of extreme change, and hopefully, we find equilibrium as we move forward.”

Shortly after she wrapped Black Panther, Lupita had begun work on her first book, Sulwe, which is set to be launched on October 15th. The idea came from a speech Lupita Nyong’o gave in 2014, at the Essence Black Women in Hollywood brunch, about colourism.

“I received a letter from a girl and I’d like to share just a small part of it with you: ‘Dear Lupita, I think you’re really lucky to be this Black but yet this successful in Hollywood overnight. I was just about to buy Dencia’s Whitenicious cream to lighten my skin when you appeared on the world map and saved me.”

Her words went viral at the time and shortly came suggestions for a children’s book. According to Lupita, “Black Panther was the key I needed.” The book centres on a little girl named Sulwe—Luo for “star” — who is bullied for being ‘the colour of midnight.’ “How could she, as dark as she was, have brightness in her?” Sulwe wonders to herself. The child’s dreamlike journey to self-discovery is complex and full of nuance, even in child-friendly prose. With illustrations by Vashti Harrison, the book is as beautiful as it is powerful.

Lupita Nyong’o tells Vanity Fair that her next project is a T.V. series she’s working on with Black Panther co-star Danai Gurira based on Chimamanda Ngozi Adichie’s book Americanah.

“We’re so, so, so, so, so close to rolling the cameras. It’s really exciting to see that kind of labour of love actually come to fruition. Gurira is bringing her tenacious passion and her perspective, her humour, her understanding of the stories and the worlds of Americanah.”