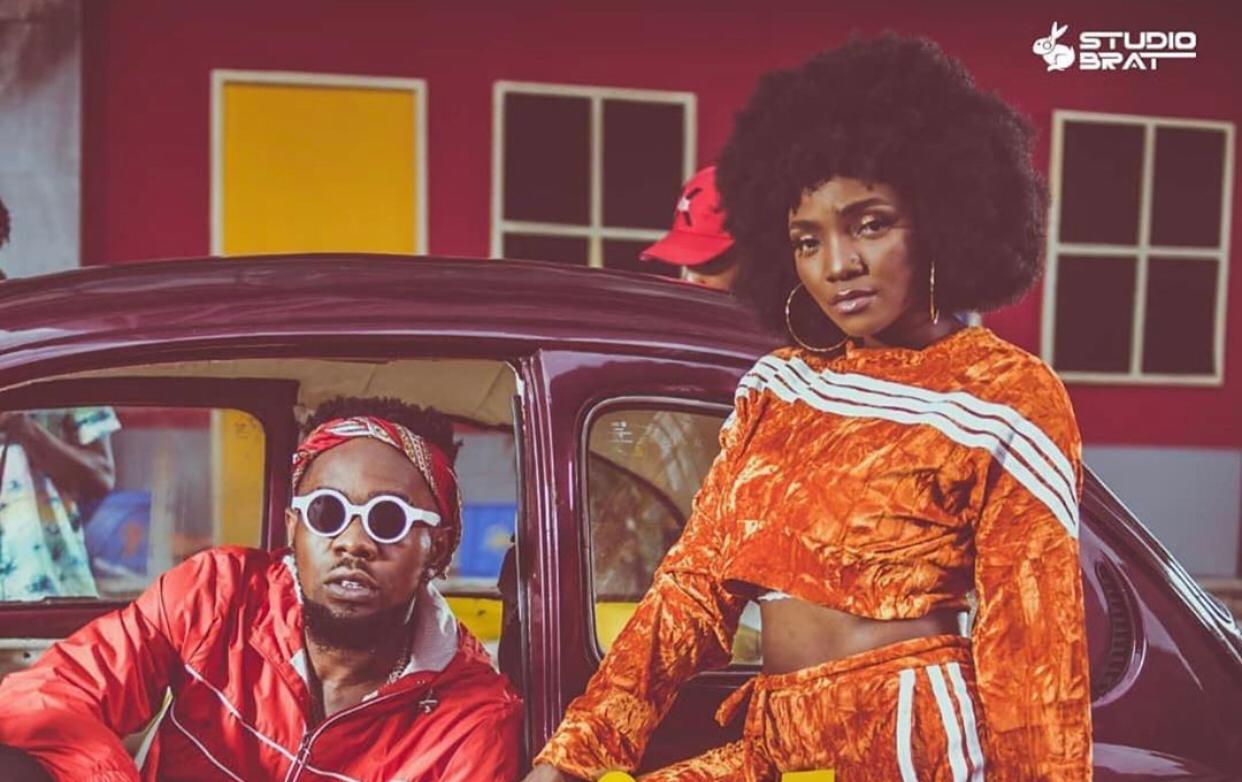 In this week’s music roundup, Simi is serving us a side of herself we have never seen before in the visuals for ‘Jericho’ which features Patoranking.

As she exited from her former label, X3m Music, the super talented singer launched her own label called Studio Brat. This time, Simi has resolved to do music on her own terms. To get down to the business of things, Simi released the video of Jericho featuring Patoranking which comes off her recently released album, ‘Omo Charlie Champagne Vol. 1.’

The Jericho video shows Simi and Patoranking in a very colourful light. The looks were not only colourful but took us back to the fashion of the 70s complete with a big Afro rocked by Simi. The video which was directed by Adasa Cookey, also shows Simi and Patoranking having a lot of fun with colourfully-clad dancers in the background. We’re getting island vibes from the video but this is not too surprising considering Patoranking’s reggae flavour on the track.

Nicki Minaj drops her first single for 2019 titled ‘MEGATRON’ and this heralds the arrival of a new season of Queen Radio, Nicki’s gleefully anarchic Beats 1 Radio show on Apple Music.

Adekunle Gold is back again with another number in which he tells everyone to know their level. The weekend can never be boring with you catching up to these trending songs around the world.

If your week has been gloomy because of the rains, this colourful Jericho video by Simi and Patoranking is sure to lift your spirits this weekend.

The track which is a blend of RnB with Dancehall, produced by Vtek, will definitely get you on your feet and moving to the beats as you further fall in love with the outfits in the video. The duo sing about following their lovers anywhere they go, even if that leads them to Jericho.

Warning: raunchy lyrics! Barely 48 hours since the release of the MEGATRON video by Nicki Minaj, the single has risen to the number 3 trending song on YouTube and has already garnered over 10 Million views. Now, that’s a Queen’s way of doing things.

The video directed by Mike Ho finds Nicki moving from scene to scene delivering fiery lyrics while being the centre of attention. Fiery lyrics by a fiery queen deserves a fiery video and as such, she set the Lamborghini on fire!

We know that when the legend 2Baba gets into the studio, mad beats will be made and that is what happened on this track titled Frenemies featuring Waje. Frenemies is a popularly used word that means friends who are enemies in disguise.

On this track, the Hypertek Digital frontier – 2Baba and vocal powerhouse – Waje have a lot to say about betrayal. They pray that the Lord saves them from frenemies and that nothing should bring them together with such people. What do we say? Amen!

Camila and Shawn first revealed that they were working on new music together in December 2018 and the result of their second collaboration is Señorita.

The steamy video, which premiered with the single, features Camilla as a diner waitress and Shawn as a leather-jacketed love interest. Now, this is one track that will introduce us to the Summer 2019 romance season.

Adekunle Gold returns with a new solo single titled Kelegbe Megbe which literally means “Know Your Level.” We are yet to get over his last track Before You Wake Up and he has dropped another hot one on our laps. Chai!

The single which pays homage to the traditional sounds of Nigerian high life talks about money not being able to buy charisma and how he is no longer playing things safe. Truly, this track did not play it safe as it strays from his signature sound.