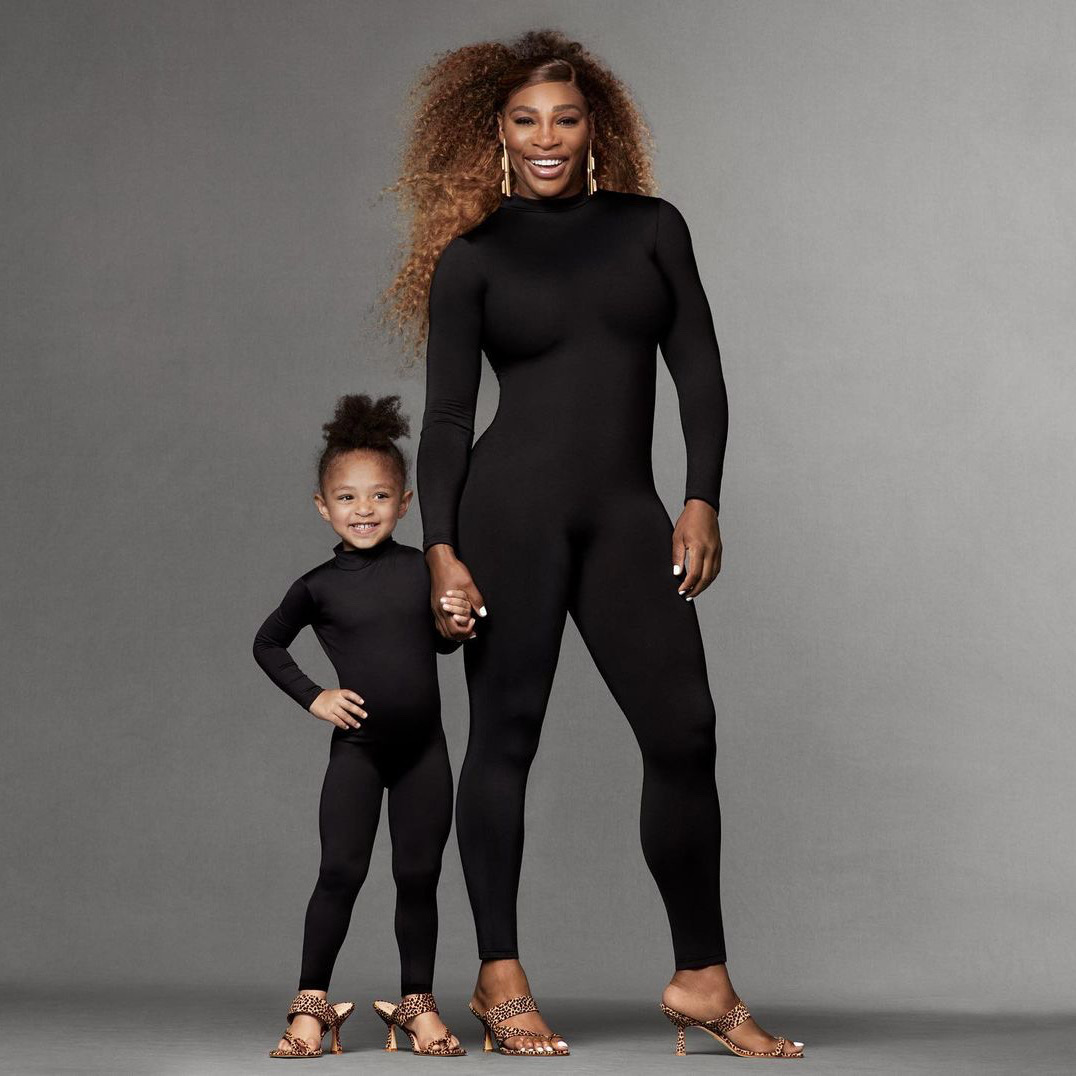 Serena Williams and daughter feature in the first campaign together, Abimbola Craig unveiled as producer for Glamour Girls, Ronald raises the bar again. Stay in the know with our Rave News Digest which summarizes five of the hottest global news you need to catch up on, saving you time and energy. Consider it your daily news fix.

1. Serena Williams and her daughter ace first-ever fashion campaign together

Serena Williams and her 3-year-old daughter Alexis Olympia Ohanian Jr. just debuted their first-ever fashion campaign. From their fabulous and matching outfits to their fun poses, it’s safe to say the mother-daughter duo aced their first campaign together with Stuart Weitzman.

For the campaign, aptly titled Footsteps to Follow, the famed tennis player and her mini-me modeled the brand’s spring 2021 collection — which was created with “high-fashion” and “high-function” in mind, according to Stuart Weitzman.

In one of the campaign images, Serena Williams and her daughter, Olympia twinned in sleek white long-sleeve dresses. They also modeled chic black catsuits that can be dressed up or down depending on how you accessorize. In both images, both are seen wearing sandals from Stuart Weitzman’s latest collection.

Play Network Studios have unveiled the producer for their upcoming remake of the 1994 Nollywood classic, ‘Glamour Girls’ directed by Chika Onukwufor. In an Instagram post shared on Tuesday, March 2, 2021, the production company shared a poster confirming Ndani TV star actress and producer, Abimbola Craig as the sequel’s producer.

Play Network boss, Charles Okpaleke further revealed that the latest sequel which will premiere in cinemas in December 2021, will star three generations of Nollywood actresses. “Three generations of Nollywood actresses in one movie. With a female producer, female director, and a female writer! It’s a woman’s world you know! See you in cinemas this December!!”

LottoStar announced on Tuesday that they have withdrawn their sponsorship for M-Net’s latest dating reality show, Love Island SA, amid controversy around the show’s alleged lack of diversity and bad production. Love Island SA landed on the Twitter trends list this week when angry fans expressed their disappointment and claimed South Africa was not well represented.

Amid the outcry, the lottery games website took to their official Twitter to announce their decision to withdraw their sponsorship of the show. They did not give a reason for the decision. LottoStar is also a sponsor for The Bachelorette SA. M-Net later issued an apology on their Twitter account, promising to do better.

The Ghana Health Service, in collaboration with the United Nations (UN) in Ghana, launched the COVID-19 vaccination program in Accra on March 2, 2021. This opens the gates for qualified members of the public to step forward and take the vaccine, a preventive measure to complement the safety protocols against the spread of COVID-19 and also reduce the rate of deaths.

A total of 3,321 people received the COVID-19 vaccination when the exercise started yesterday. Health workers topped the number of those vaccinated with 1,928, followed by members of the security services with 443, traders at 323, with members of the Executive arm of government following in fourth place with 198. Other groups include the judiciary, legislators, education personnel, media, farmers, and persons classified as unemployed.

Cristiano Ronaldo continues to raise the bar on Tuesday as he fired Juventus to a 3-0 win over Spezia. The Portuguese goalscorer was joined on the scoresheet by Alvaro Morata and Federico Chiesa as Juve looked to keep up with the pace in the Serie A title race. And, with his 83rd-minute goal, Ronaldo made history once again as one of the game’s greatest-ever goalscorers.

With his goal on Tuesday, Ronaldo became the only player to score at least 20 goals consecutively for the last 12 seasons in the top-five European Leagues. The stretch began in 2009-10, his first season with Real Madrid after he had scored a mere 18 goals during his last season with Manchester United.