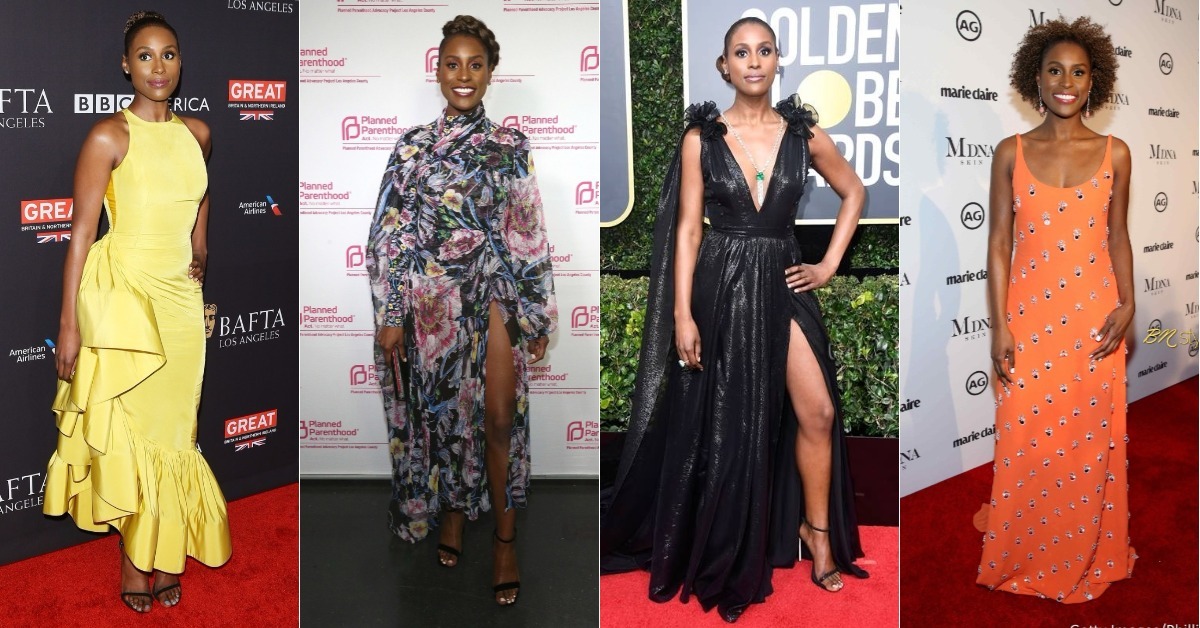 You’ll have to agree that Issa Rae, the ‘Awkward Black Girl’ is not so awkward now. For those needing an  intro, Jo-issa Rae Diop is an American writer, director, producer and actress best known for her work “The Misadventures of an awkward black girl” which was a web series that the actress started on YouTube. Issa Rae has since moved up in the entertainment world, as along side her growing YouTube channel, she created a successful show titled “Insecure” partially based off her web series for TV giant HBO.

Issa Rae who has produced, co-written, directed and written a good number of film projects is now a certified Hollywood star and what comes with being a Hollywood star is appearing on red carpets for award and premiere events. Issa who became a bonafide star in 2016 has so far made a lot of red carpet apperances and we have to admit; her style on the red carpet is classy, elegant with a little sweet. The creative knows how to hold her own when it comes to her red carpet looks and it seems she always knows just what to wear.

At the Golden Globes At the NAACP Image Awards At the Sundance Film Festival At the Emmy Award At the People Magazine Function At the 2017 IndieWire Honors At the 2017 Harper’s Bazaar ICONS party