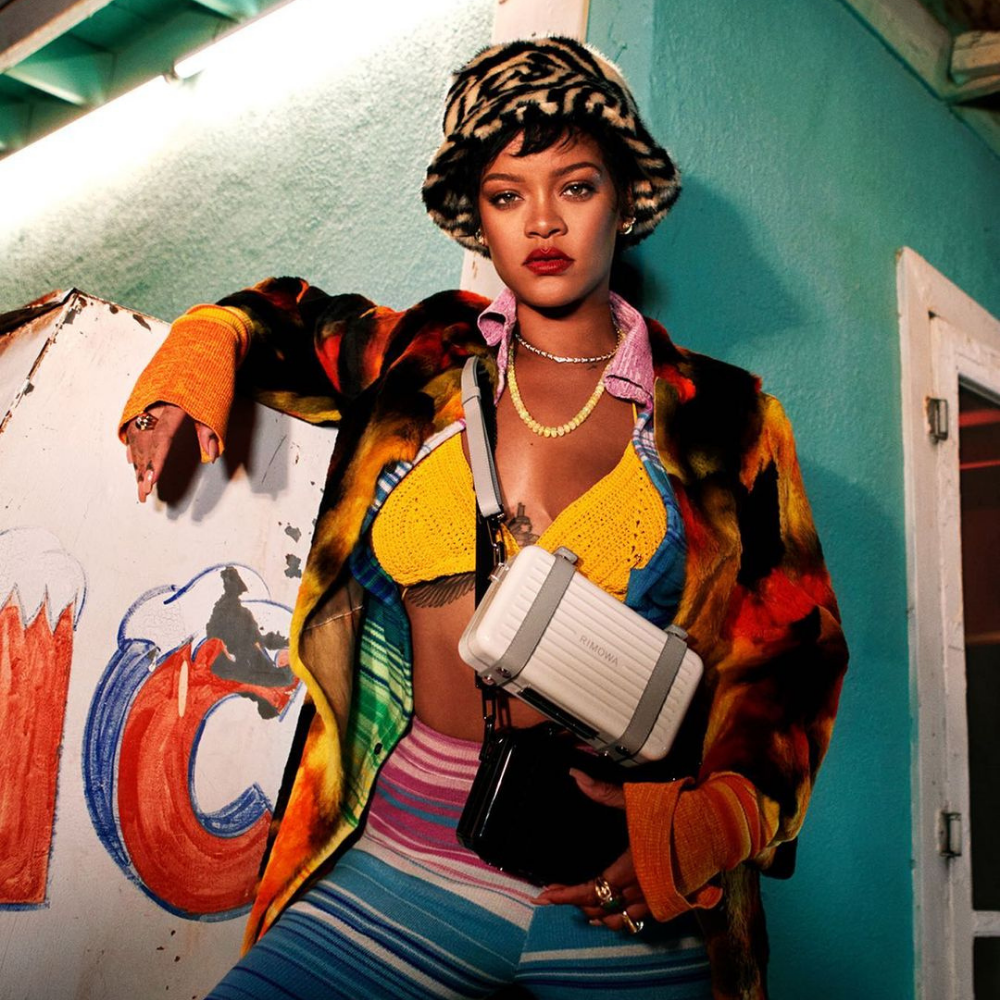 Rihanna features in new campaign, The Real Housewives is coming to Nigeria, Nathan Ake loses dad. Stay in the know with our Rave News Digest which summarizes five of the hottest global news you need to catch up on, saving you time and energy. Consider it your daily news fix. Rihanna rimowa luggage campaign.

Coming off of a head-turning Met Gala appearance, singer and business mogul Rihanna graced us with her presence yet again. This time with a steamy and vibrant photoshoot for luggage brand Rimowa, which is housed under luxury leader LVMH. In February, Rihanna and LVMH announced that her namesake fashion label, Fenty, would be closing down with more funds being allocated to her robust Fenty x Savage lingerie line. Rihanna rimowa luggage campaign.

In the shoot for Rimowa’s “Never Still” campaign, Rih’s beloved pixie cut makes a return, this time with a bit more edge. The first picture is full of vibrant color, with the songstress wearing a yellow crochet halter layered under a colorful stripe set and a fiery tie-dye long sleeve. She accessorized the look with a tiger stripe bucket hat and doubled Rimowa bags. In the next shot, she appears to be seated in a car next to a bright red carry-on, wearing a dark seafoam green crochet halter, a brown leather shearling jacket, and green sunnies.

2. NBCUniversal and Showmax are bringing ‘The Real Housewives’ to Nigeria

The Real Housewives of Lagos is set to debut early 2022 as a Showmax Original – https://t.co/kSw4O7YriB

RHOL, which will be the second Nigerian Showmax original following the highly successful “I Am Laycon”, will be produced by Nigerian digital and entertainment production company Livespot 360.

Not willing to allow anyone to dim her light, singer and “Jerusalema” hitmaker Nomcebo Zikode will soon make an appearance on the American reality show “Love & Hip Hop”. The “Jerusalema” hitmaker shared the news on Instagram, stating how excited she was for the opportunity. Rihanna rimowa luggage campaign.

“Guess who’s gonna be on the biggest show of America: VH!’s Love & Hip Hop … With the producer Mona,” she captioned the announcement with the show’s producer Mona Scott-Young. In a video she shared, giving her followers a sneak peek into what happened behind the scenes, Nomcebo is seen strutting her stuff with two of her dancers on set.

The head of Islamic State in the Greater Sahara, who was wanted for deadly attacks on #US soldiers and foreign aid workers, has been killed in an operation by French troops.https://t.co/YDmckaS7ra pic.twitter.com/be4F9k8EHK

The head of the Islamic State group in the Sahara has been killed by French troops, President Emmanuel Macron has said. Adnan Abu Walid al-Sahrawi formed Islamic State in the Greater Sahara (ISGS) in 2015. The group is blamed for most attacks in the region, including the targeted killing of French aid workers in 2020. Macron called Sahrawi’s death “another major success in our fight against terrorist groups in the Sahel”.

The Sahel is a vast, three million sq km (1.16 million sq miles) area that stretches across Africa south of the Sahara desert, from Senegal in the west to Somalia in the east. Macron did not disclose the location or any details of the operation. Rihanna rimowa luggage campaign.

Nathan Ake has revealed his father died minutes after the Manchester City defender scored his first Champions League goal on Wednesday. Ake, 26, headed the opener after 16 minutes in City’s 6-3 victory against RB Leipzig at Etihad Stadium. In a post on social media on Thursday, Ake said his father Moise passed away later that evening. “I know you’re always with me, you will always be in my heart and this one was for you, dad,” he wrote on Instagram.

Ake, who began his career at Chelsea, has made 16 appearances for Manchester City since joining the club from Bournemouth for £40m in the summer of 2020. He also has 22 caps for the Netherlands since making his international debut in 2017. Rihanna rimowa luggage campaign.